Did Welfare Officials Have No Problem With This 3-Year-Old Cigar Aficionado? 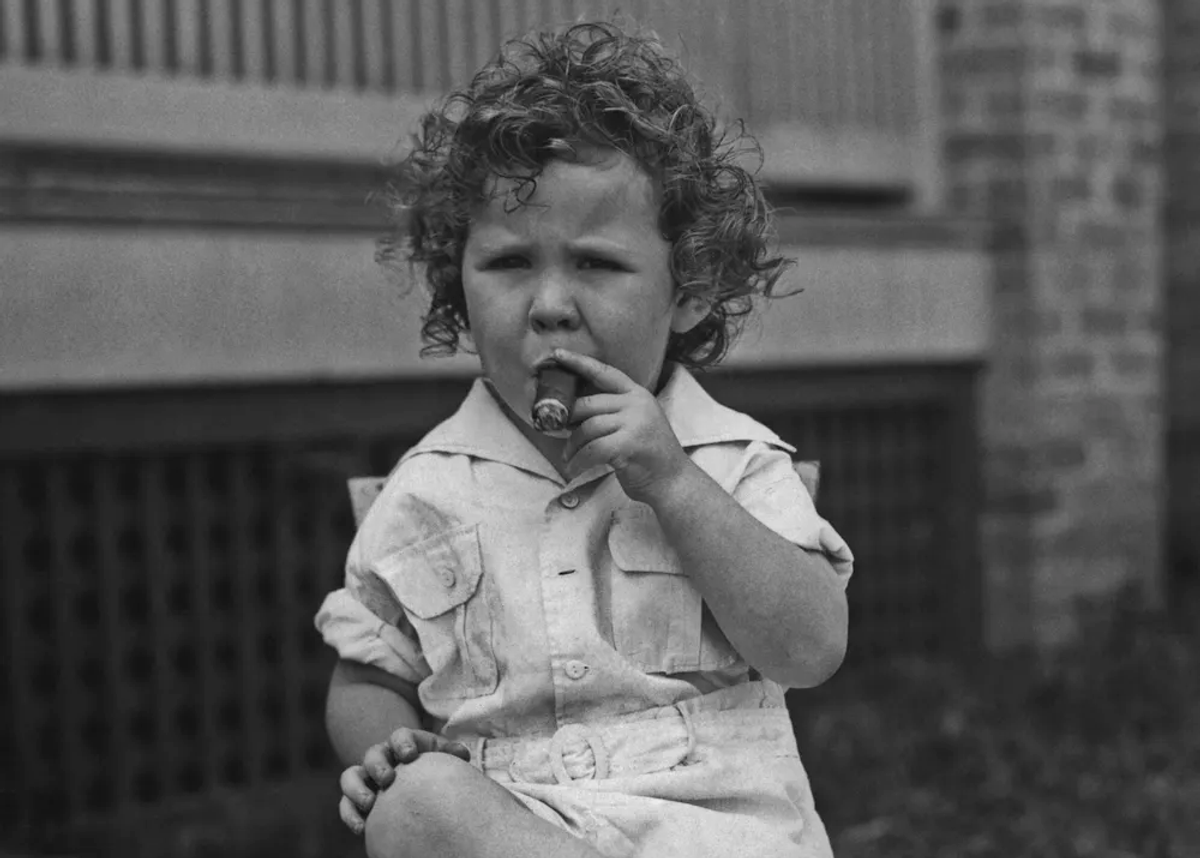 Claim:
Photographs from the 1920s show 3-year-old Bobby Quigley smoking a cigar after public welfare officials decided they had no problem with the practice.
Rating:

The image of what is described as a 3-year-old boy (and sometimes incorrectly as a 3-year-old girl) smoking a cigar with great confidence periodically goes viral on social media platforms like Twitter and Reddit. In media reports, the boy is usually identified either as Bobby (or Bobbie) Quigley.

As the Twitter account Fake History Hunter identified, ample newspaper coverage of Quigley exists from the time of the photos in 1928, and the story was shared widely thanks to its inclusion in syndicated wire reports around the world: 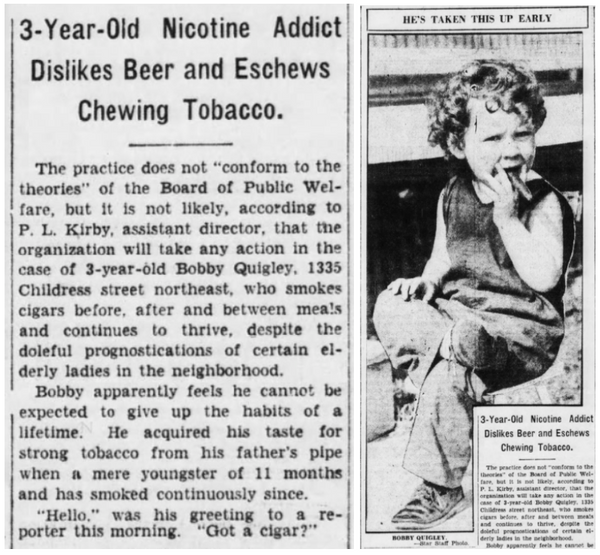 The article was the result of a decision by the D.C. Board of Public Welfare to decline to take action in the case of the 3-year-old, who had developed a cigar habit when he was only 11 months old:

The practice does not "conform to the theories" of the Board of Public Welfare, but it is not likely, according to P. L. Kirby, assistant director, that the organization will take any action In the case of 3-year-old Bobby Quiqley … who smokes cigars before after and between meals and continues to thrive.

According to a reporter for the Evening Star who traveled to the Quiqley residence to investigate, the boy asked the reporter for a cigar upon arrival:

The cigar was supplied and Bobby removed the wrapping and bit off the end with the casualness of long experience. He placed the cigar — one of the 5-cent variety — in his mouth and looked inquiringly at the visitor. "Got a match?" This, too, was supplied. and Bobby began to puff, blowing forth clouds of smoke half the size of his body.

Several photographs were taken during the visit, potentially by multiple photographers. Below are the pictures of Quigley Snopes was able to find in the Getty Images archive: 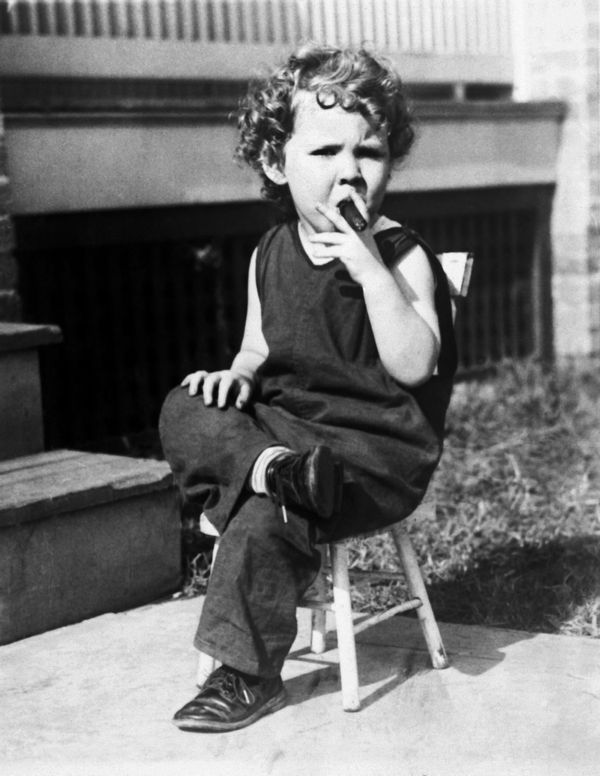 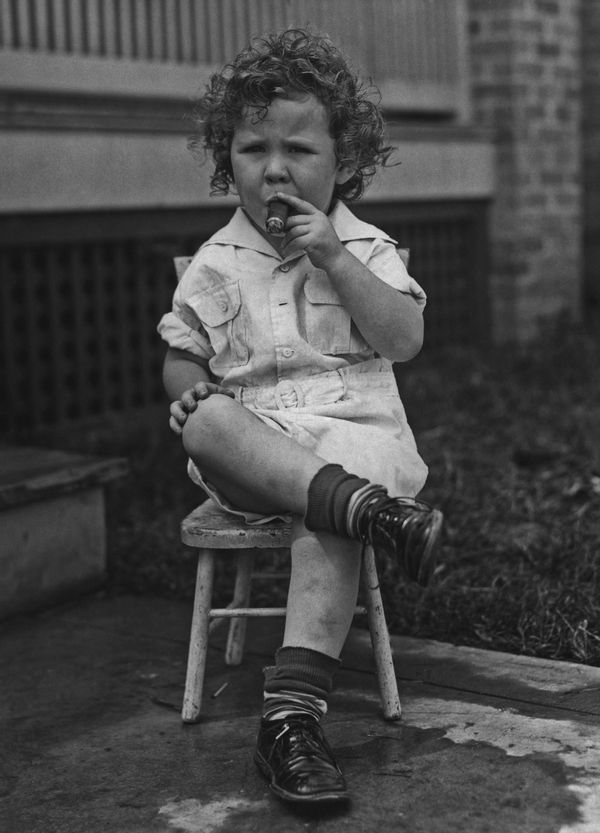 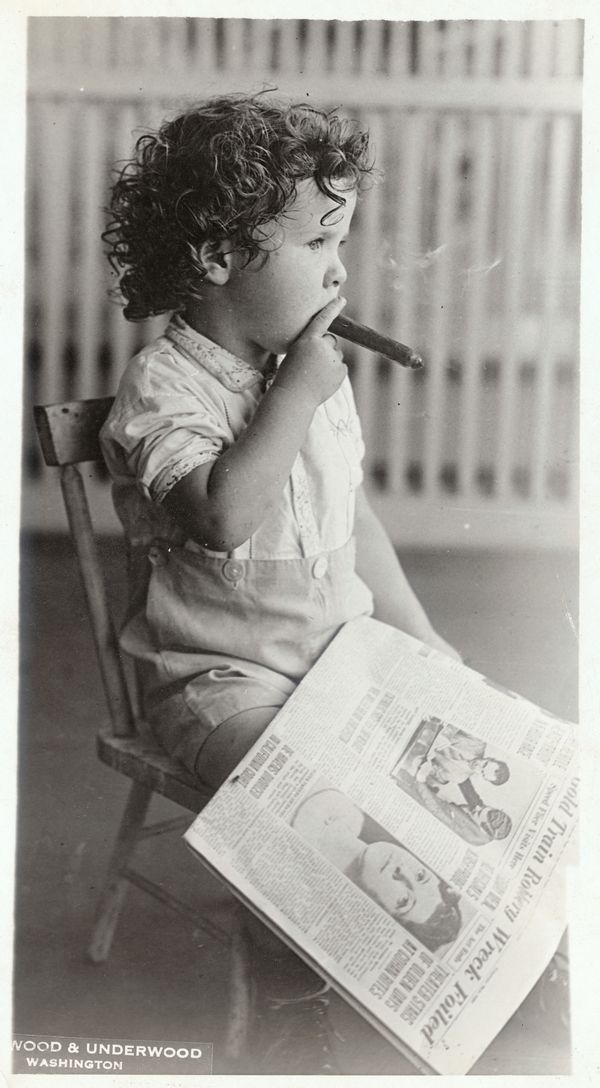 Syndicated versions of the Quigley tale began circulating widely the next day — on Aug. 31, 1928. Additional assertions provided by these reports stated that knowledge of Bobby's habit became public after he was "photographed for the movies." They also tell the story of how he first got hooked:

It all started when Bobbie's six-year-old brother asked to smoke because his father, Edward Quigley, did. The elder Quigley decided to meet the situation by letting the youngster smoke a cigar and get sick. His plan worked. Then Bobbie demanded a cigar. His father tried the same scheme on him. But Bobble didn't get sick. In fact, he enjoyed his smoke.

Later, syndicated stories claimed that a doctor had determined the practice to be safe because "smoking would not hurt him if he did not inhale." This, it bears highlighting, is not a view that is held by the modern medical community.

Because we found multiple photographs and contemporaneous news reports about this cigar-smoking tot, Snopes rates claims that the photograph and its associated narrative are authentic as "True."