Did Churchill Say 'People With Contempt for Their Heritage Have Lost Faith in Themselves'?

A Confederate monument in Georgia attributed a stirring quotation to the famous British statesman. But who actually said it? 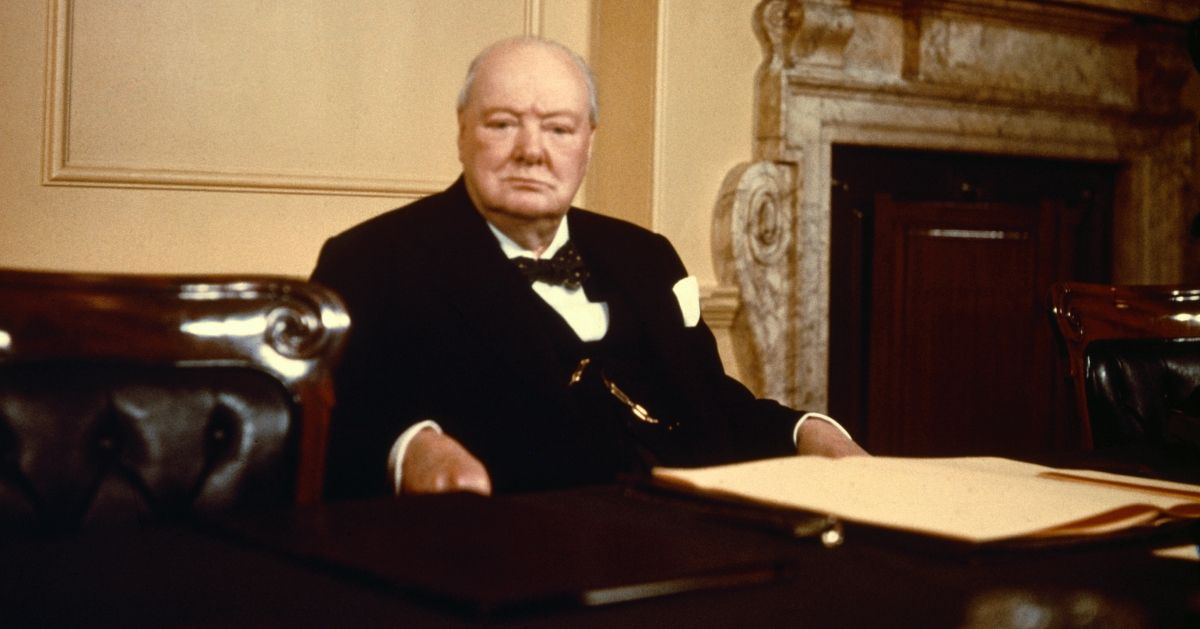 Claim:
Winston Churchill once said or wrote, "Any people with contempt for their heritage have lost faith in themselves and no nation can long survive without pride in its traditions."
Rating:

In February 2021, authorities in Georgia removed a pro-Confederate monument that had stood outside the Gwinnett County courthouse in Lawrenceville for almost 30 years. On it was inscribed the following quotation, attributed to Winston Churchill:

"Any people with contempt for their heritage have lost faith in themselves and no nation can long survive without pride in it's [sic] traditions."

Some online observers claimed that the quote was misattributed: Those characterizations were accurate. Not only did Churchill never write or utter the quotation attributed to him on the monument, but Snopes has discovered that it actually originated in a short essay written by a leading pro-Confederate activist in the 1970s.

In January 2021, the Gwinnett County Board of Commissioners voted to remove the monument and place it in storage, pending a court case over its permanent removal. Workers removed it from the grounds of the county courthouse on the night of Feb. 4, as the Atlanta Journal-Constitution reported. Footage of the removal was published by the Gwinnett Daily Post:

The monument was erected in September 1993 and paid for by the Sons of Confederate Veterans and United Daughters of the Confederacy — controversial groups that have been widely accused of advancing ahistorical narratives around the Civil War and the history of slavery in the United States, as well as acting as apologists for white supremacism.

The erroneous Churchill quotation about heritage and traditions has been cited several times in recent decades, but notably, always in the context of debates around the Confederacy, the Civil War, and the removal of Confederate monuments — an early warning that it may not have originated with Britain's World War II prime minister.

Snopes found instances of the quotation, or fragments of it, dating to 1999, 1993, 1990, and 1989. However, the bogus quotation appears to have its origins in the pro-Confederate activism and advocacy of the 1970s.

In July and August 1974, the United Daughters of the Confederacy magazine published in two parts a short essay written by Dean Boggs, a Florida attorney and prominent member of the Sons of Confederate Veterans, who later went on to become its national commander.

In it, Boggs defends the Confederacy and those who fought for it, including his great-grandfather, and he launches an attack on efforts to remove Confederate monuments and restrict the flying of Confederate flags. In the relevant passage, taken from the August 1974 issue of the magazine, Boggs writes (emphasis is added):

They would wipe out the proud heritage and traditions of the Southern people. These agitators use propaganda and threats and have the support of some weak-kneed educators, politicians and even some of the federal judiciary. Ironically, the time has come when it takes some courage to belong to the Sons of Confederate Veterans, a respected patriotic organization for almost 70 years. Do we Southerners of today have that courage or have we grown soft and unworthy of our sires.

Because, today more than ever before, the Sons of Confederate Veterans, dedicated to preserving our Southern heritage for ourselves, our children, and our children's children, and to seeing that history truthfully records our history in the War Between the States, needs my support against enemies who would destroy our nation. Any people with contempt for their traditions have lost faith in themselves, and as Winston Churchill has said, no nation can long survive without pride in its heritage. In his essay, Boggs does not attribute any direct quotation to Churchill. The phrase, "Any people with contempt for their traditions have lost faith in themselves," is presented as his own original writing, and the phrase "no nation can long survive without pride in its heritage" is presented as a paraphrase of something Churchill had written or said (it's not clear what).

Nonetheless, the lines proved popular with pro-Confederate activists in the 1970s. In November 1974, two news reports described members of the United Daughters of the Confederacy presenting the line "No nation can long survive without pride in its heritage" as Churchill's at local branch meetings in Louisiana and Florida.

In 1977, Boggs himself repeated a modified version of the quotation during a Confederate commemoration in Jacksonville, this time leaving out any reference to Churchill. The Miami Herald quoted him as saying:

The enemies of our country know that any people with a contempt for the traditions of their heritage will not long remain an independent nation...

Over the ensuing years, the lines that Boggs originally committed to print as his own writing and a paraphrase of something Churchill once said were stitched together and attributed, as a whole, direct quotation, to Churchill.

That misrepresentation and misattribution manifested itself in opinion columns and letters to the editor, and the error was literally carved in stone in 1993 on a monument which stood outside the Gwinnett County courthouse — apparently unquestioned — for nearly 30 years.

Kevin Levin, a historian and writer with a special focus on Civil War history and the history of Confederate monuments, has written about Boggs before, characterizing him as a prominent voice in the Sons of Confederate Veterans' campaign in the 1970s to advance what Levin describes as the "Black Confederate myth" — the claim that Confederate forces in the Civil War were significantly populated by Black men who freely chose to fight on that side of the conflict.

He told Snopes that the bogus Churchill quotation "perfectly fits" the agenda of Boggs and the Sons of Confederate Veterans in the 1970s and that it was also indicative of a certain "lack of oversight" of decisions about historical monuments in public spaces.