Did Chuck Woolery Say His Son Tested Positive for COVID-19?

The former game show host had previously said that the CDC, doctors, Democrats, and the media were lying about COVID-19. 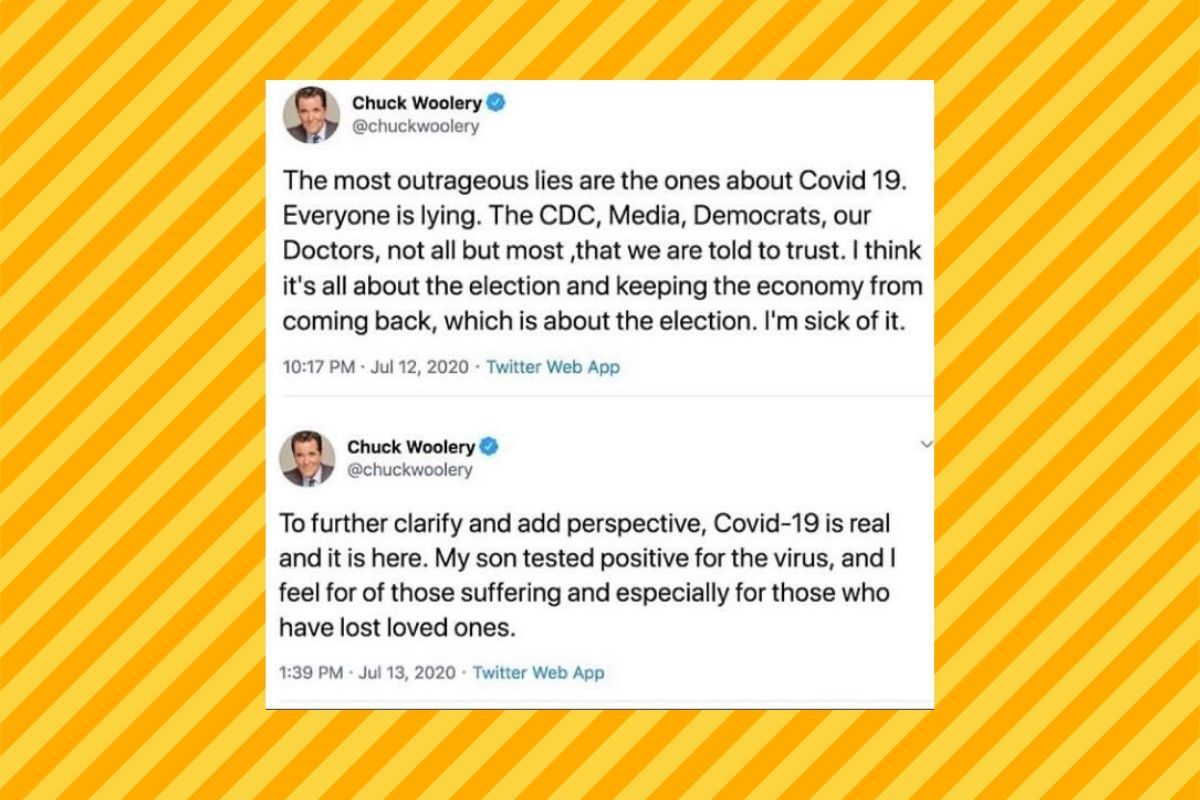 Claim:
Chuck Woolery wrote on Twitter that his son had tested positive for COVID-19.
Rating:

On July 12, 2020, former game show host Chuck Woolery found himself in the spotlight after U.S. President Donald Trump retweeted a message from the "Love Connection" star in which he said that the Centers for Disease Control and Prevention (CDC), the media, Democrats, and doctors were all lying about the COVID-19 pandemic:

A day later, a screenshot supposedly showing a second tweet from Woolery in which he announced that his son had tested positive for the virus started to go viral: Some social media users were skeptical that this second message was real. For starters, many people encountered this message as a screenshot, not on Woolery's timeline. Second, some suspected that the supposed "karma" of these messages was a bit too on the nose.

This was a genuine tweet from Woolery, whose account, unfortunately, was deleted without explanation two days later on July 15. An archived version of that tweet is available here.

Woolery has not provided any additional information about the condition of his son.