Did Chuck Grassley Warn About 'Giving Americans the False Impression That Women Have Equal Rights?'

A statement about women's rights attributed to the Senate Judiciary Chair gave voice to what many people were thinking. 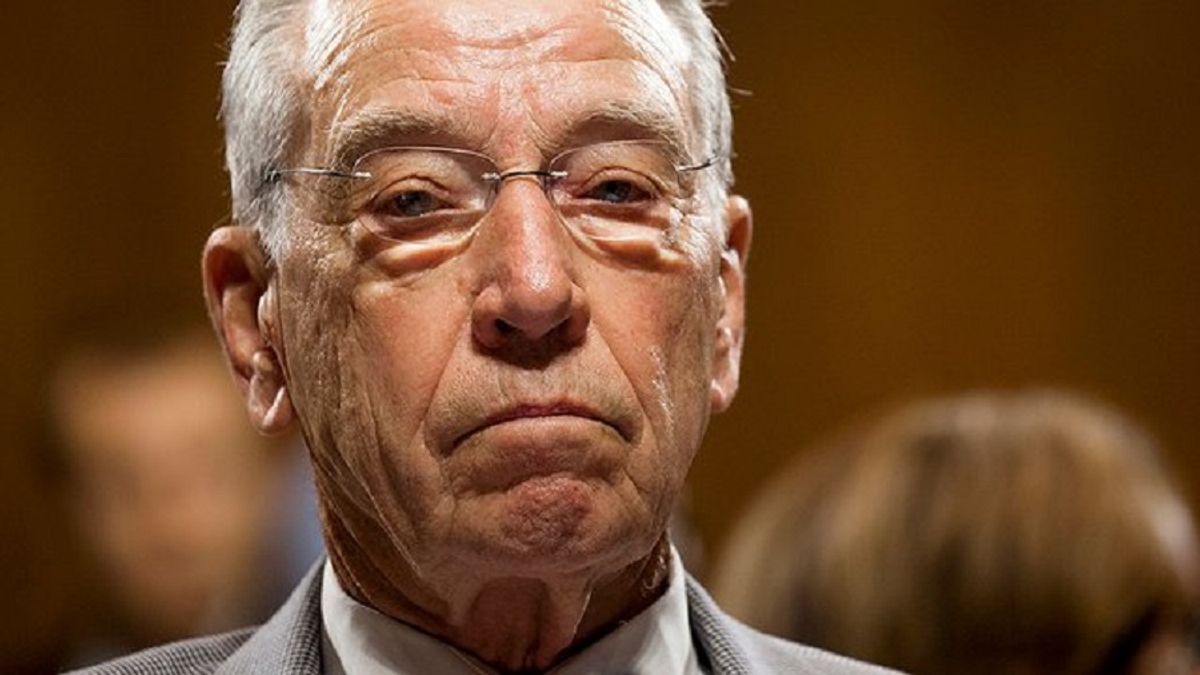 Claim:
Sen. Chuck Grassley warned that investigating "every" allegation of sexual assault would create the "false impression that women have equal rights."
Rating:

On 20 September 2018, a quote attributed to Senate Judiciary Chairman Chuck Grassley (R-IA) made the rounds on social media amid simmering controversy over sexual assault allegations against U.S. Supreme Court nominee Brett Kavanaugh: "If we start investigating every claim of sexual assault, that would give Americans the false impression that women have equal rights." As chair of the Judiciary Committee, Grassley has oversight of the hearings and the scheduling of a confirmation vote and has been making efforts to get Kavanaugh's accuser before the committee prior to that vote.

But we found no record of Grassley's having made the statement referenced above about women and equal rights. It looks to be a sardonic witticism that someone tweeted at Grassley, which then made the rounds of Twitter before becoming memorialized in a meme as something Grassley himself had supposedly said: Senator Grassley "would never say that as he certainly doesn’t believe that," his spokesman Michael Zona asserted in an email to us. Zona said Grassley's track record of encouraging sexual assault survivors to come forward, and his legislative efforts and actions that support them, negate the idea he would make such a statement.

The fake quote plays on accusations that Grassley and his fellow Republican lawmakers are callously rushing the Kavanaugh confirmation forward despite accusations leveled by a California college professor that Kavanaugh had pinned her down and tried to rape her when the two were in high school.

Christine Blasey Ford first made her story known privately in letters sent to her congressional representatives, Democrats Dianne Feinstein and Anna Eshoo, in July 2018. The accusation was only made known to the public by way of a 14 September 2018 New Yorker report. Days later, Ford went public with her story in the Washington Post.

Ford's harrowing account of being attacked by a drunk, 17-year-old Kavanaugh at a house party have thrown an already controversial confirmation process into further turmoil, with Republicans accusing Democrats of engineering a last-minute hail Mary to block the second Supreme Court appointment of President Donald Trump right before high-stakes midterm elections. Critics accuse Kavanaugh's GOP backers of trying to ram the confirmation through ahead of an election in which the political landscape could turn against their favor, despite sexual assault allegations.

For Grassley's part, once Ford's allegations became known, he promptly cancelled a committee vote that would have moved the Kavanaugh confirmation process forward and started working to get Ford to testify before lawmakers. (Ford's attorney later blasted Grassley's timeline for that testimony as an “arbitrary” and “aggressive and artificial” deadline.)

Aside from the back-and-forth and criticism of Ford's treatment by politicians, Grassley never made the comment being attributed to him on social media.