Jokes and conspiracy theories often get mistaken from one another on social media. 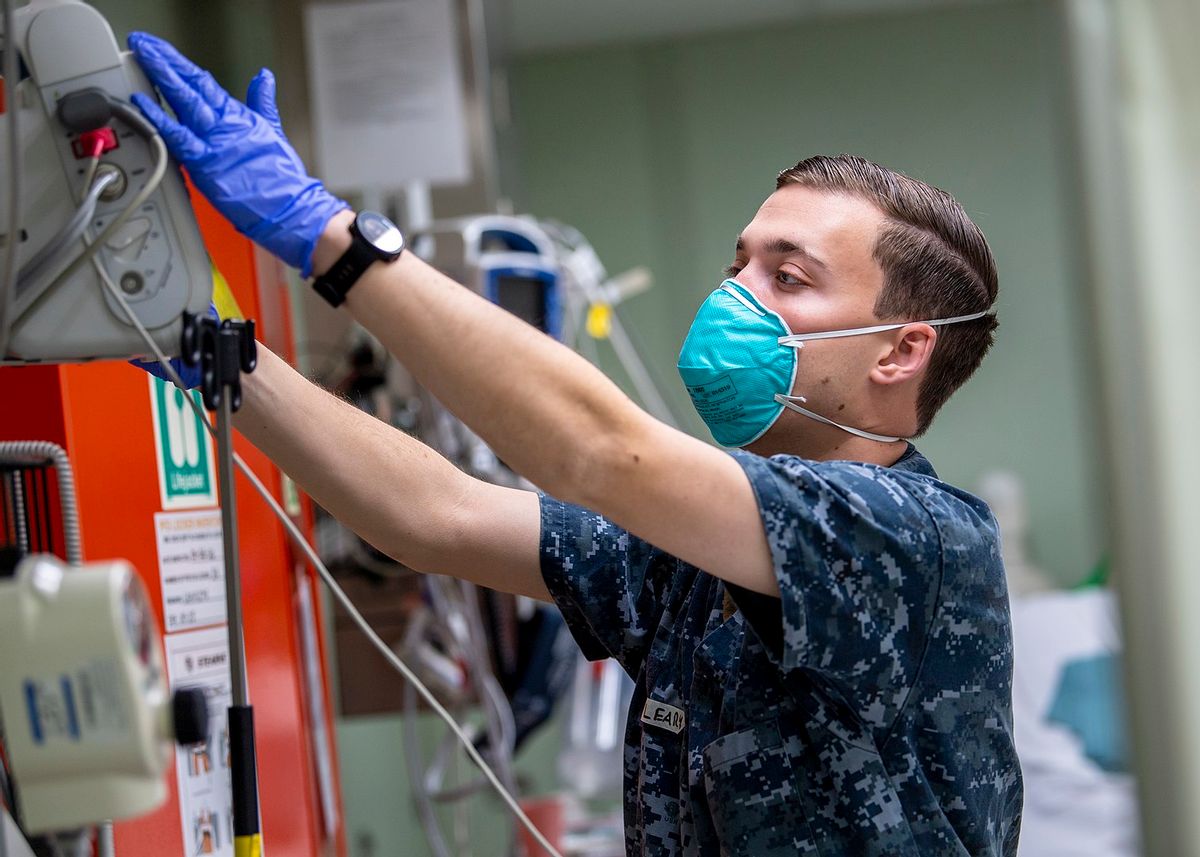 Claim:
A government employee named Christopher Harrington filed a patent for a "CV19-N95" mask in 2015.
Rating:

In July 2020, a meme was circulated on social media that supposedly showed a man named Christopher Harrington who filed a suspiciously named patent for a mask — CV19-N95 —  back in 2015, years before the COVID-19 coronavirus pandemic. The meme went on to claim that Harrington's patent was denied because Microsoft co-founder Bill Gates had filed a similar patent six months earlier: There's nothing factual about this meme. This graphic was created as a joke to mock the type of conspiracy theories that have plagued the internet during the pandemic, which began in 2019.

For starters, the man in this photograph is not a government employee named Christopher Harrington who worked under the administration of President Barack Obama. This is a generic stock photo of a businessman.

Second, we were unable to find any patents for a mask with the serial number CV19-N95. Lastly, we've looked into Gates' patent history for previous articles, and found no record of him filing a CV19-N95 patent in 2015.

The biggest red flag, however, comes from an uncropped version of this meme. The above-displayed image was originally circulated with a disclaimer at the bottom, noting that all of the included claims were fictitious.

Source: Independent research July 2020 by me, Brett Lofgreen. This is completely fake. I made this whole thing up. That's a stock photo I found when I googled old man in suit. Also Christopher Harrington is the real name of the guy who played Jon Snow in Game of Thrones. Get it together, people. Memes aren't news sources.

At some point, someone cropped this image to remove Brett Lofgreen's disclaimer and started to circulate this meme as if it relayed factual information. Here's the uncropped version of this meme. Note the small text at the bottom of the image: