Was a Small Owl Found in the 2020 Rockefeller Center Christmas Tree?

The owl reportedly had a rough ride but is doing well. 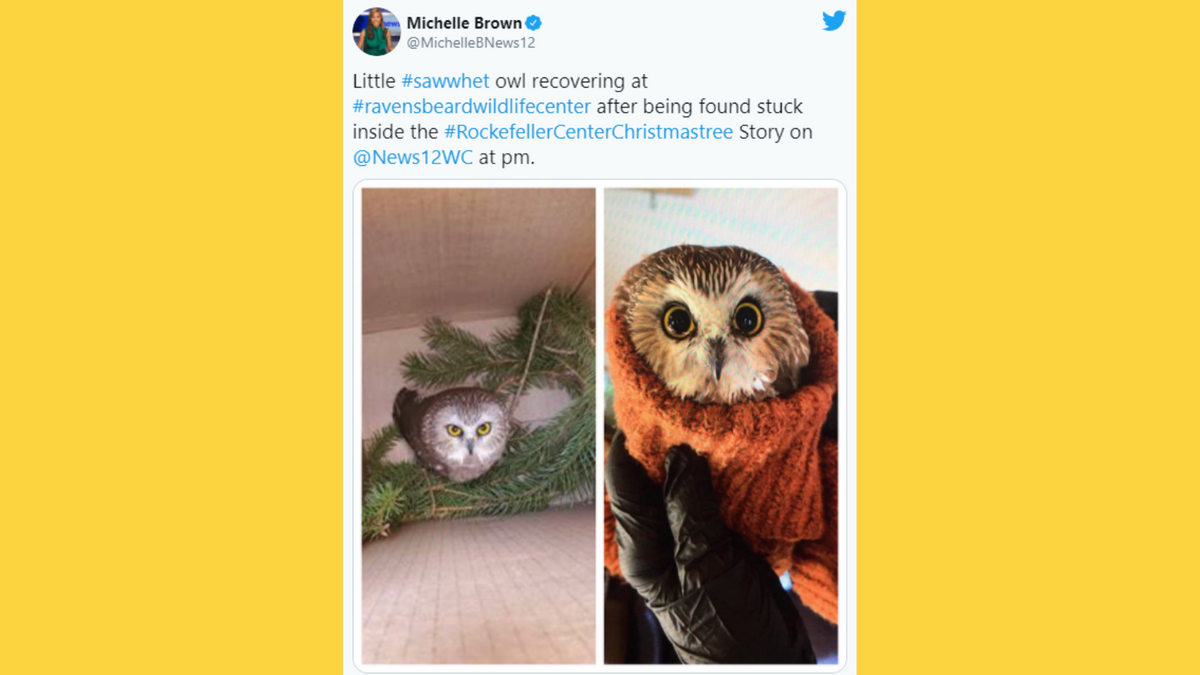 Claim:
A small owl was found in the branches of the Rockefeller Center Christmas tree in 2020.
Rating:

The year 2020 has been a steady drumbeat of bad news, so it's fitting that it ended with jokes that the Christmas tree topping off the year at Rockefeller Center in New York City looked a little drab when it was brought in.

But those observations were replaced with glee at news reports that workers setting up the tree found a little critter in its branches: a northern saw-whet owl.

The bird, which was stuck in the tree's branches when it was furled up for transit, was taken to Ravensbeard Wildlife Center in Saugerties, a town in upstate New York, where a veterinarian tended to it. The bird is healthy and is recovering from its ordeal, per The Associated Press.

The bird, nicknamed Rockefeller, will be released back into the wild in the coming days.

According to Rockefeller Center, this year's tree is a Norway spruce from Oneonta, New York. Riffing on the internet chatter about the tree's initial appearance, the Center promised the tree would look more festive once it was fully decorated.