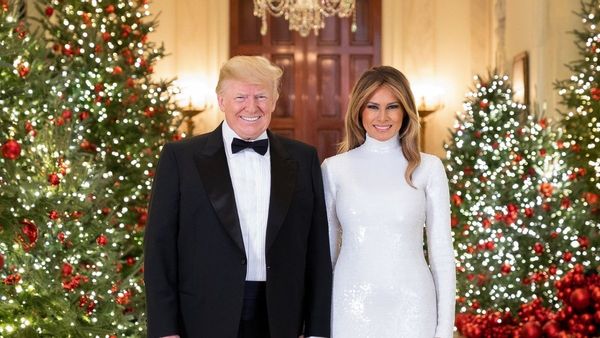 U.S. Rep. Jim Jordan incorrectly claimed that "Christmas presents were never late when President Trump was in charge," in a tweet that appeared to imply supply chain issues could result in shipping delays during Biden's first Christmas as president.

This is false. The Christmas presents did arrive late during Trump's presidency.

Late Christmas presents were not unique to the Trump presidency. There are frequently shipping delays during the holiday season as mail carriers deal with an influx of purchases, as well as severe winter weather. In December 2020, the last Christmas with Trump as president, the COVID-19 pandemic further complicated shipping efforts and led to massive delays.

A few days before Christmas, Fox News reported that millions of packages likely wouldn't reach their destinations in time:

Americans hoping their packages will arrive in time for a Christmas Day celebration may be in for a rude awakening this year. Just days before the holiday, both public and private shippers are experiencing major delays, in large part because of the coronavirus pandemic. Increased demand during the holiday rush amid an unprecedented economic crisis while the government is entrusting companies with life-saving vaccine deliveries has led to a maelstrom of errors.

About a month afterward, CNN reported that some people were still waiting for their 2020 Christmas packages:

It's nearly February, and holiday packages and cards are still making their way to peoples' doorsteps. The reason for all these delays? Like so much right now, the pandemic is partially to blame.

Americans took to online holiday shopping in record numbers, which inundated the system with what the USPS says is a "historic volume" of mail and packages. As a result, parcels, cards and other pieces of mail are sometimes taking more than a month to reach its destination. The USPS has so far delivered more than 1.1 billion packages mailed during the holiday season, a record number, it told CNN.

Of course, 2020 was not the first time that Christmas packages were delayed. We found reports from 2019, 2018, and 2017 that noted minor delays in Christmas deliveries, although these delays were much less significant than in 2020. According to Bloomberg, UPS had a 99.1% on-time delivery rate during the Christmas season in 2017.

Trump was also not the first president to see delayed deliveries over the Christmas holiday. In 2013, when Barack Obama was president, UPS and FedEx both issued apologies after some customers awoke on Christmas morning without their holiday packages.

Jordan's tweet was one of several messages in recent weeks that hyperbolically claimed that President Biden and Dr. Anthony Fauci, the director of the National Institute of Allergy and Infectious Diseases, were, in effect, canceling Christmas. The official House Republicans Twitter account, for example, posted the following message on Twitter: Biden is not trying to steal Christmas.

The most recent "battle" in this "war" stems from a comment Fauci made during an interview with "Face the Nation" about how it was "too early to tell" if any travel restrictions would be put in place for Christmas due to the COVID-19 pandemic. This led to a rash of hyperbolic claims that Fauci had canceled Christmas. (It's worth noting that the CDC under Trump in 2020 really did caution against traveling during the holiday season in 2020 due to the pandemic.)

It's also worth noting that, as of this writing in October 2021, no Christmas presents have arrived late this season. While there have been fears of shipping delays due to supply chain issues, it's too early to tell if Christmas presents will actually be delayed this year.

If you are worried about delays this holiday season, you should look at the holiday shipping deadline calendars posted by FedEx and USPS. Both organizations say packages will arrive on time for Christmas if you ship your gifts by Dec. 15 for ground delivery within the United States.

CNN, Leah Asmelash. “A Month after the Holidays, Some People Are Still Getting Christmas Packages in the Mail.” CNN, https://www.cnn.com/2021/01/28/us/usps-shipping-delays-trnd/index.html. Accessed 14 Oct. 2021.

Musto, Julia. “Why Millions of Christmas Packages Will Be Late This Year.” Fox News, 22 Dec. 2020, https://www.foxnews.com/us/why-millions-of-christmas-packages-will-be-late-this-year.