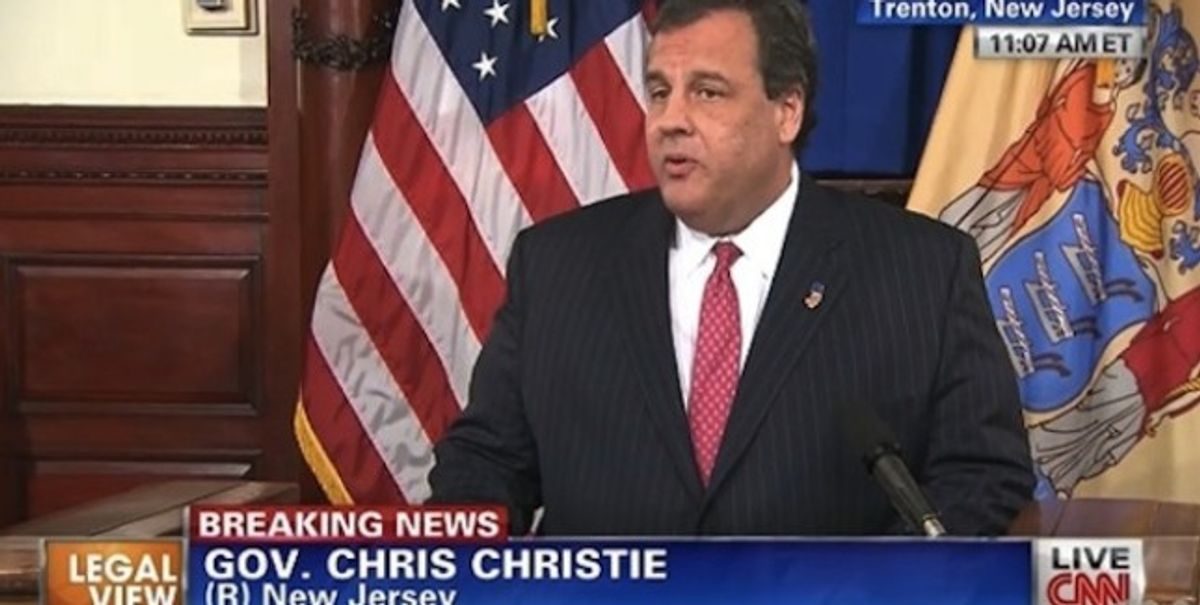 FACT CHECK: Did New Jersey governor Chris Christie say that Viagra-like pills for women would increase the incidence of lesbianism?

Origins:   On 12 June 2015, the entertainment web site Newslo published an article reporting that New Jersey governor Chris Christie had come out against a Viagra-like pill for women because it would increase the incidence of lesbianism:

The New Jersey governor allegedly denied that such a pill would have numerous benefits for women in a televised interview and verbally attacked the host for asking him such “offensive and idiotic questions.” When asked to comment on the incident by Newslo, Christie said: “Oh no, I really feel like women could use a Viagra pill. Like we don’t have enough dykes already.”

Asked to elaborate on his offensive language, the anything-but-subtle Republican stated that “the only thing such a pill would do for the women of the world is get them to change their sexual orientation.”

“The men of today already have enough trouble satisfying women as it is. Why do you think Viagra was invented in the first place? But no, let’s amplify women’s sex drive even further, that’ll definitely help them feel more satisfied and relaxed. And who are they going to turn to quench that thirst? Other women. Men aren’t machines, but neither are they. They just haven’t realized it yet,” Christie concluded.

However, articles published on Newslo typically offer a mixture of true and false information. In fact, at the top of the article entitled "Chris Christie: Women's Viagra Pill Will Only Increase Lesbianism” were two buttons allowing readers to highlight the portions of text that actually contained factual information:

When the "show facts" button is pressed on this Newslo article, portions about political wrangling over a "war on women" are highlighted, while the comments purportedly made by Chris Christie about a Viagra pill for women are not.

Newslo describes this unique approach to "satire" on their About Us page: