In response to Christianity Today's blistering criticism of U.S. President Donald Trump, some readers used every weapon they could find to attack the evangelical publication. 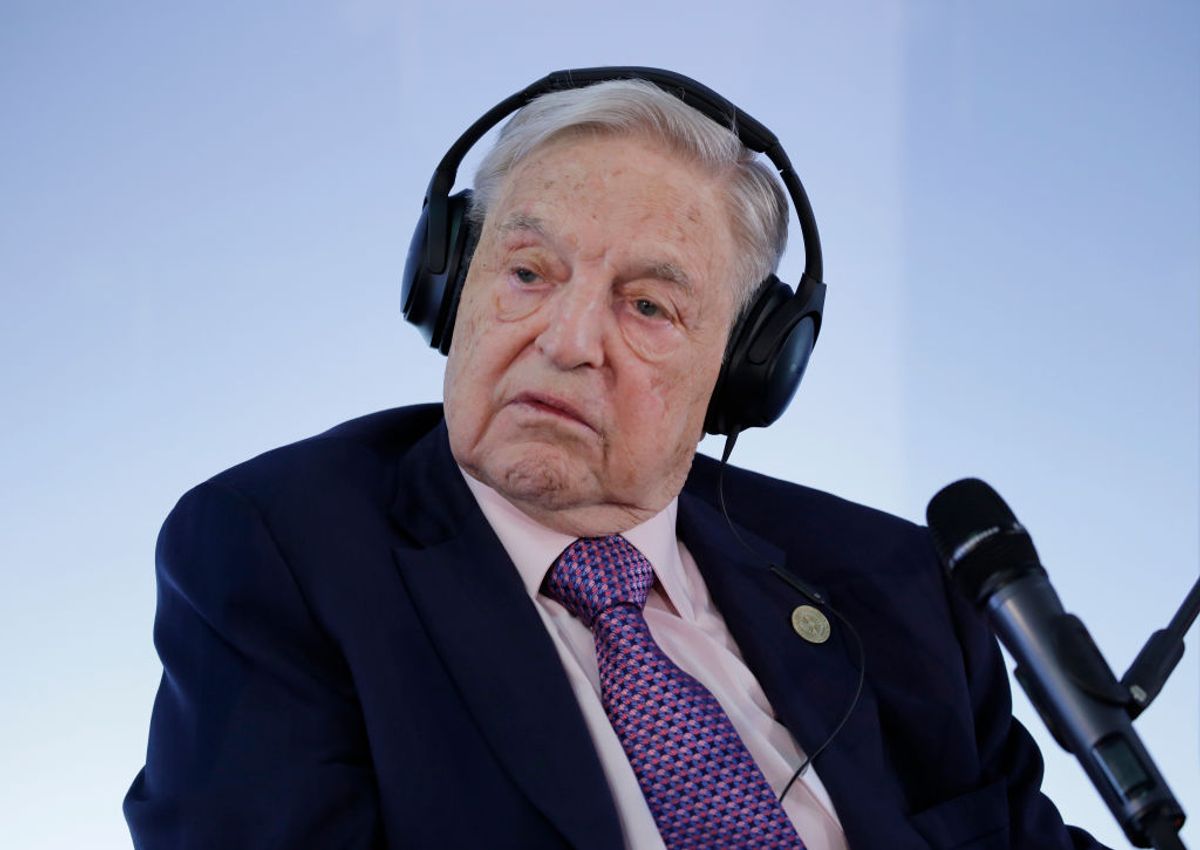 Claim:
As of December 2019, Christianity Today was backed or funded by George Soros or was a "front organization" for the philanthropist.
Rating:

In December 2019, numerous readers asked us about the accuracy of claims that the evangelical magazine Christianity Today was either "backed" or funded by the billionaire, liberal philanthropist George Soros.

Those reports came in the aftermath of a Dec. 19 editorial by the publication's editor-in-chief Mark Galli, who called for U.S. President Donald Trump to be removed from office, whether by impeachment or by popular vote in the 2020 presidential election, and described Trump as "a near perfect example of a human being who is morally lost and confused."

Despite the fact that Christianity Today is a long-established Christian conservative publication, which similarly indicted Democratic President Bill Clinton's moral authority to govern in the midst of the Monica Lewinsky scandal, Trump and some of his supporters quickly endeavored to discredit Christianity Today and portray it as an ideologically motivated, left-wing, or even corrupt, organization. In a tweet, the president denounced the publication as a "far-left magazine."

On Dec. 20, the conservative Christian website Pulpit and Pen, which is part of the Baptist, Montana-based Polemics Ministry United, published an article with the headline "Remember That 'Christianity Today' Is Backed by George Soros." The article reported that:

Christianity Today called for the U.S. Senate to affirm the impeachment of the U.S. House against President Donald J. Trump. As you soak that in, we’ll remind you that it’s already been reported by this publication (and others) that Christianity Today is a Soros front organization.

That Soros owns the Evangelical Immigration Table (EIT) is so well-known, it’s not worth answering any ill-informed dispute of the knowledge. Well-known Christian leader, Eric Metaxas, got off the board and repudiated it when he found out that it was a Soros operation. Christianity Today is in “cahoots” with Soros in a verifiably documented way. It should come as no surprise they’re calling for Donald Trump’s impeachment.

On Dec. 22, the right-leaning website DC Dirty Laundry published a tweaked version of Pulpit and Pen's article, and claimed that Christianity Today was "funded by George Soros," writing:

"Christianity Today has now strongly endorsed the impeachment of President Trump and it’s time to expose them as the false teachers they are ... Do you realize that Christianity Today is partially funded by George Soros?"

Soros has long been the subject of a seemingly endless series of fevered, baseless conspiracy theories, often inspired or aligned with anti-semitic tropes, which portray him as a shadowy, sinister, and unaccountable figure who exerts disproportionate control over global affairs. His status as a hate figure among many right-leaning observers and consumers of baseless conspiracy theories means that merely associating a given person or group with Soros has become a method of choice for discrediting an opponent or rhetorical target.

So it was in the case of Christianity Today and its detractors in December 2019. Neither the publication nor its parent organization, the non-profit Christianity Today International, have received funding or institutional backing from Soros; claims to the contrary were based on a ludicrous distortion of extremely tenuous "connections" — an example of the kind of "joining the dots" that fuels many ultimately baseless conspiracy theories.

In response to our requests for comment, Tim Dalrymple, president and CEO of Christianity Today International, told Snopes that:

"Christianity Today covers 85 percent of its annual budget through earned revenue: mostly subscriptions, advertising, and product sales. Only 15 percent of our budget comes through gifts and grants. We have never received a donation from George Soros or the Open Society Foundation. Of the foundations who have given us support, we cannot find any connection to Soros or any of his funding entities."

We examined the organization's three most recent tax returns, from 2018, 2017, and 2016. None of those forms, nor any of the accompanying documents, contained any reference or information indicating any association between Christianity Today International or its subsidiary publication Christianity Today, and Soros or any of his associated philanthropic organizations.

The claim that Christianity Today is "backed" or funded by Soros, or that it is a "Soros front organization," is simply false.

The link drawn by Pulpit and Pen consisted of the following, relatively convoluted connections:

In November, the Evangelical Immigration Table, an initiative by Evangelical pastors that promotes and emphasizes the dignity and humanity of displaced migrants, launched a campaign called the Evangelical Call for Restitution-Based Immigration Reform. One of those who supported the campaign was Ed Stetzer, a pastor and Christianity Today columnist, who wrote in a tweet that the campaign "points to a way forward on immigration that's guided by biblical principles."

On Nov. 9, Christianity Today published a column by Matthew Soerens, national coordinator of the Evangelical Immigration Table, in which he explained and promoted the campaign.

According to figures published by the right-leaning website Breitbart, the National Immigration Forum received just under $3.3 million in grant money from Soros' Open Society Foundation in 2009 and 2010. In 2013, the forum's Executive Director Ali Noorani acknowledged (without providing specific details) that it had received some Open Society Foundation funding, but said none of it was used to pay for the ad campaign.

Because Christianity Today has not received funding from Soros or his Open Society Foundation, and because it is not a "front organization" for the philanthropist, as Pulpit and Pen falsely claimed, those seeking to discredit the publication by associating it with Soros were forced to stretch and distort the existing facts at their disposal.

It was on the basis of those facts that Pulpit and Pen, DC Dirty Laundry and others reached the factually insupportable conclusion that Christianity Today was "backed" and funded by Soros. Neither was true.

Pulpit and Pen.  "Remember That 'Christianity Today' Is Backed By George Soros."   20 December 2019.

Soerens, Matthew.  "Another Way for Immigration Reform? How Evangelicals Can Help Lead It."   Christianity Today.  9 November 2019.