A student did get shot while locking a door during a school shooting -- but his name is not Chris Williams, and he's not the person depicted in a viral Facebook post. 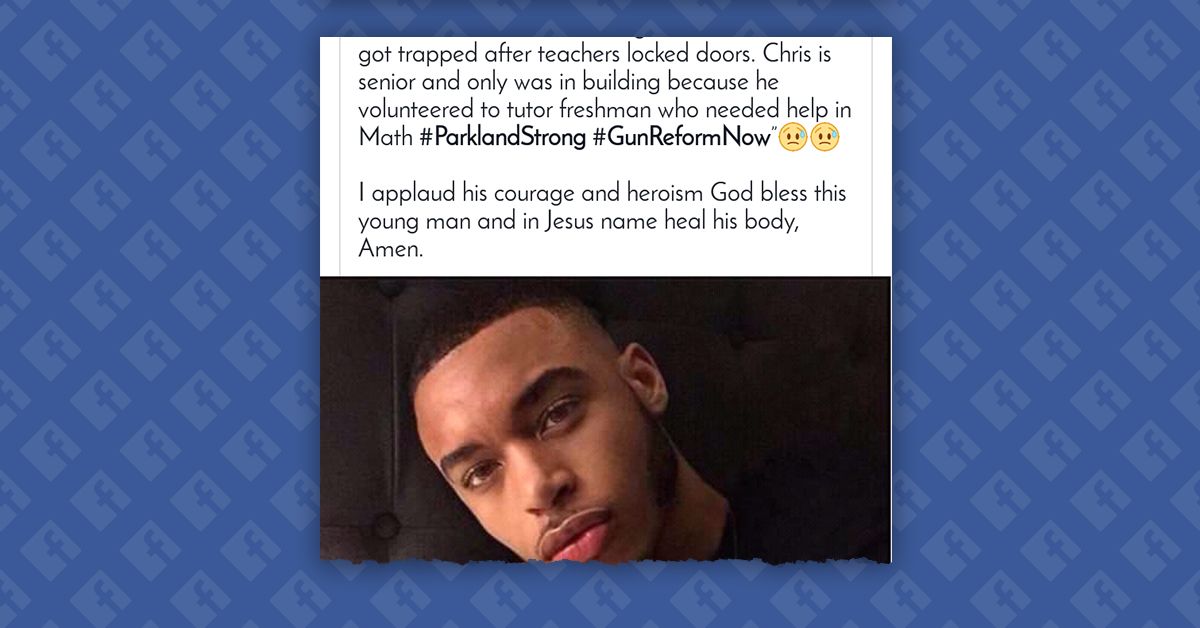 Shortly after a gunman in claimed the lives of 17 people in a school shooting in Parkland, Florida, in February 2018, readers began asking whether a story about Chris Williams, a purported student wounded while shielding classmates during the shooting, was true. The origin of the story appears to be a 15 February Facebook post, which has since been deleted: It is true that a student was shot while saving his classmates by closing and locking a door so that the gunman couldn't get to them (which contradicts the false story that students were trapped "after teachers locked doors"). His name is Anthony Borges. According to several reports, he was initially in critical condition after the shooting, but his condition has stabilized as of this writing. A school coach and a security guard also died while trying to save students.

The story about Chris Williams, on the other hand, is not true.

Even after the original post was deleted, copied and pasted versions of the claim continued to circulate. Yet, no news stories mentioned a student named Chris Williams injured in the Parkland shooting, nor did any describe his heroic actions.

The image of the young man in the photograph likely originated on his Instagram account, where another image shows him in the same setting, viewed from a different angle. The photograph used in the viral Facebook post has also appeared on other web sites.

A woman claiming to be the grandmother of the person in the viral post said the story was not true -- both in comments on a copied and pasted version of the post and on her own timeline:

In a separate post on a separate Facebook account, the person depicted in the photograph reiterated that he was in fact alive (and his name was not "Chris Williams"):