A report that moderator Chris Wallace received a legal warning from Trump not to mention groping incidents in the midst of the third presidential debate was satire. 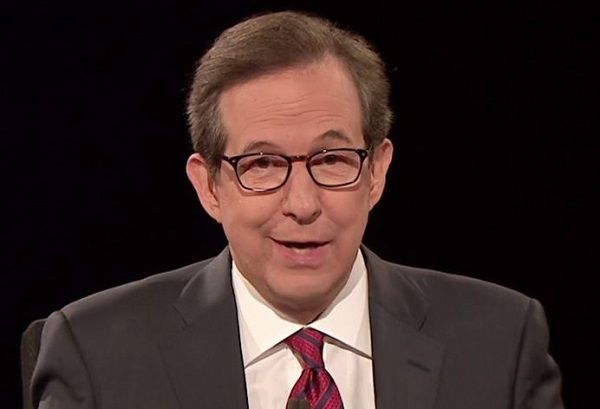 Claim:
Moderator Chris Wallace received a "cease and desist" letter from Trump about groping allegations in the midst of a presidential debate.
Rating:

On 19 October 2016, America's foremost satirical publication, The Onion, posted an article reporting that Fox News anchor Chris Wallace was served with a "cease and desist" order in the midst of his moderating the third and final presidential debate at the University of Nevada at Las Vegas:

Interrupted by an aide to the Republican nominee who strode up to his table during the third presidential debate Wednesday, moderator Chris Wallace is said to have received a cease-and-desist letter from the Trump Organization in the middle of asking Donald Trump to respond to allegations that he groped multiple women. “Are you Chris Wallace? This is for you,” said the Trump Organization representative, handing the Fox News host a letter from Trump’s lawyer Marc Kasowitz, which threatened legal action over “reckless, slanderous, and defamatory statements made by Chris Wallace at the presidential debate on October 19, 2016,” and stated that “the timing of these statements moments ago during a nationally televised broadcast makes it clear that this is a politically motivated attempt to harm Mr. Trump’s candidacy.” “If you fail to comply with this order, Mr. Wallace, we’ll have no choice but to sue. Good day.”

Chris Wallace did not, of course, receive a cease-and-desist letter while moderating the debate. Like everything else published by The Onion, the story was purely satire, playing on the subject of multiple women coming forward with groping allegations against the Republican nominee and Trump's reputation for blustering with legal threats against those who put forth unflattering information about him.