Do These Photos Show Chris Wallace on Epstein's Island?

The Fox News host did once vacation with someone rich and famous. 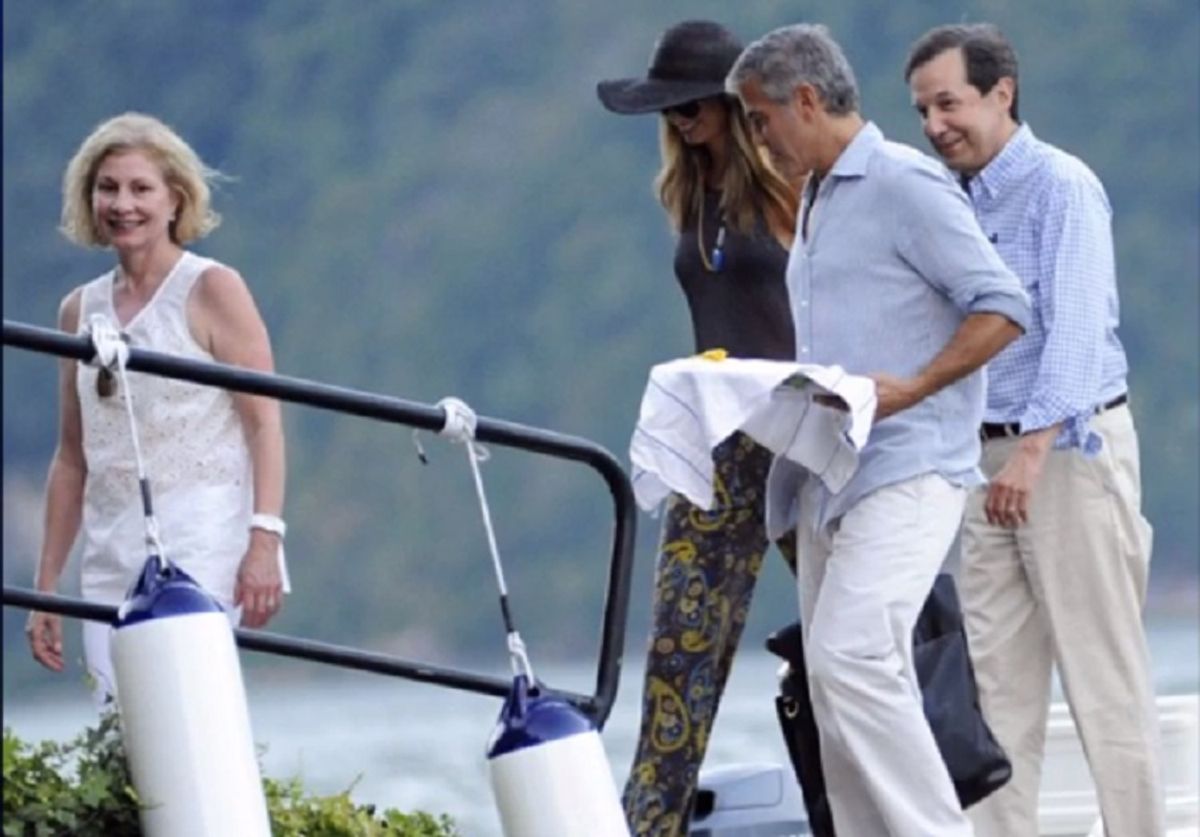 Although these photographs do capture Chris Wallace vacationing, they have no connection to Epstein or to the notorious private island he once owned in the U.S. Virgin Islands.

The persons seen in these photographs are easily identifiable as Wallace and his wife, Lorraine Smothers, along with actor George Clooney and his former girlfriend Stacy Keibler.

The actor and the Fox News host have a friendly relationship, and the two couples spent some time together at Clooney's home in Lake Como, Italy, in August of 2012. The photographs seen above can be glimpsed in a contemporaneous Politico video interview of Wallace, during which the host described his four-day vacation with his wife at Clooney's Italian home.