A video of a man making wax display vegetables has been used out of context to suggest China is dumping "synthetic cabbages" on unwitting consumers. 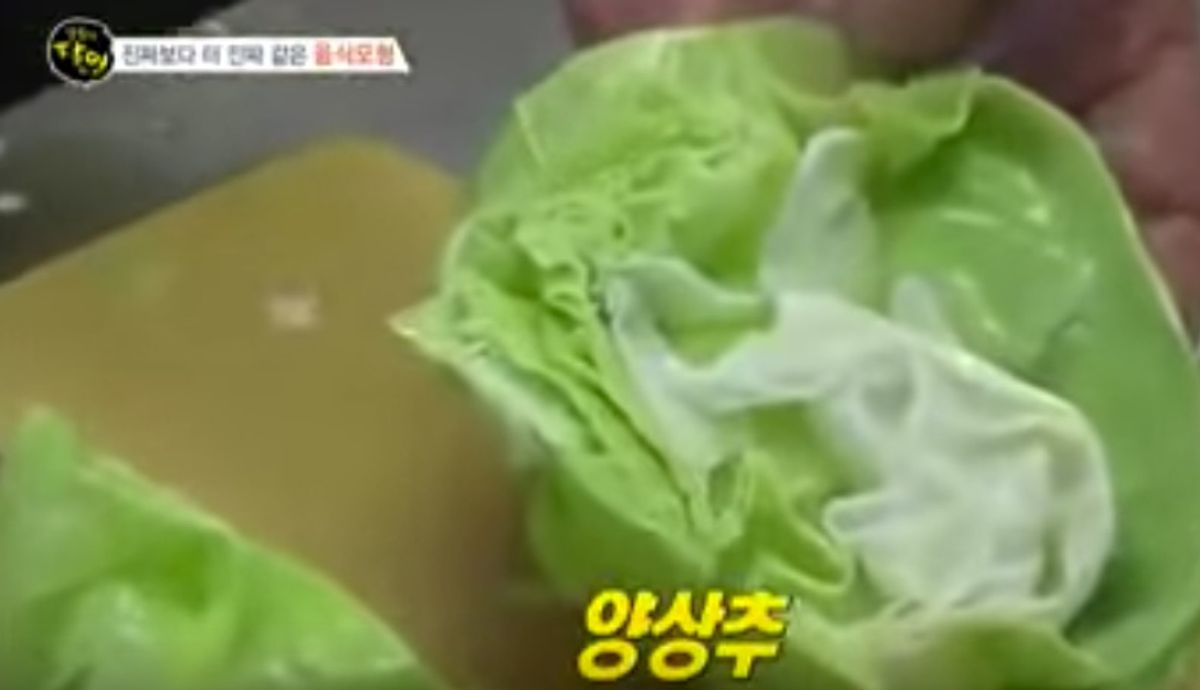 On 17 February 2016, the Facebook page "The People's Voice" published a video purportedly depicting "[a]rtificial synthetic 'cabbages' ... being made in China in just 40 seconds flat ... coming to a grocery store near you soon":

The foreign language clip, titled "Fake Cabbage in Market," involved a man ladling colored liquids into a large bowl of water, then artfully shaping the substance into a cabbage-like object. The man sliced the items crosswise to reveal what looked similar to a halved head of cabbage.

But the purported footage of the "synthetic cabbage" maker displayed Korean characters and a logo for the SBS (Seoul Broadcasting System), indicating that the clip did not depict covert counterfeit cabbage making its way from China to the U.S. Another video more accurately described the process as one for making artificial lettuce used for display purposes only in Japanese restaurants:

At many Japanese restaurants, there is plastic food out front. The fake meals function as supplements to the menu so people can see what the meals actually look like. And the way this phoney food is made is fascinating.

As previously posted, plastic food is called “shokuhin sample” (食品サンプル) or “food sample” in Japanese. Many restaurants work closely with the phoney food craftsmen, with the actual meals being molded to ensure the sample accurately represents the real deal.

The video as presented to English-speaking audiences leaned heavily on the trope holding that sneaky and dangerous fake or adulterated food from China is rife in American markets. Some similar claims about the country's edible exports have held that soy sauce is made from human hair, crabs are injected with saline to create a deceptively appetizing appearance, imported Chinese garlic is sprayed with dangerous pesticides, China is processing and reshipping U.S.-raised chickens, and Chinese corned beef is made from corpses.

The Kitchn, First We Feast, and BuzzFeed have also covered the trend as an example of replica artistry, not as proof of China's flooding American supermarkets with synthetic farmed goods.

Even in the absence of ample evidence that wax food displays are exceptionally common in Asia, it stands to reason that synthetic cabbages wouldn't fly as a market staple anywhere in the world due to the fact that wax is unpalatable and would clearly melt when cooked, and cabbage's relatively low price point makes such a substitution costlier than retailing genuine cabbage.