Did a Chinese Lunar Rover Find No Evidence of American Moon Landings?

"These recent discoveries could strangely give credence to conspiracy theorists who have claimed for decades that America had never gone to the moon." 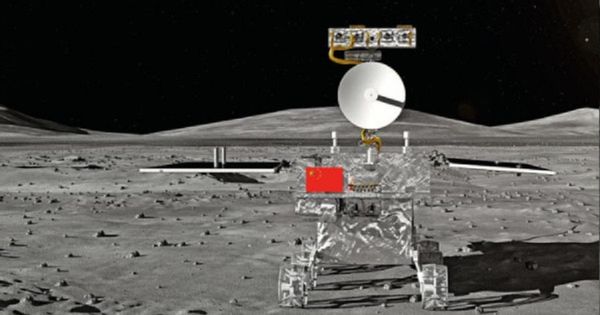 On 4 January 2019, the World News Daily Report (WNDR) published a recycled version of an earlier article reporting that a Chinese lunar rover had found no evidence of American moon landings. The new version contained contemporaneous references to the Chinese Chang’e-4 spacecraft's making the first ever soft landing on the far side of the moon:

Top officials of the Chinese Space Program have come out this week and expressed their skepticism that the American Moon landings ever happened, reports the Beijing Daily Express.

More than 2,000 high-ranking officials of the Chinese Communist Party have signed a petition this week asking explanations from the American government concerning the American Moon landings after doubts arose that the Apollo Moon landings ever happened.

These allegations have come up after recent analysis of pictures taken from the Chinese Chang’e-4 probe allegedly found no traces of the American Moon landings existing on the Moon.

Several high-ranking members of the Chinese Communist Party even stated publicly that these latest findings proved without a doubt that the Moon landings were an “elaborately orchestrated hoax to fool the world about America’s space program capabilities”.

The WNDR article was not factual, of course. It was just a bit of junk news playing on the long-running conspiracy theory holding that the six U.S. manned lunar landings which took place from 1969-72 were all faked.

WNDR's disclaimer notes that the site's content is "satirical" and "fictional" in nature.