Video Shows Police in China Enforcing Quarantine in 2020, Not 2022

An old video shot near the beginning of the COVID-19 pandemic was reshared in late 2022 as if it had just been recorded. 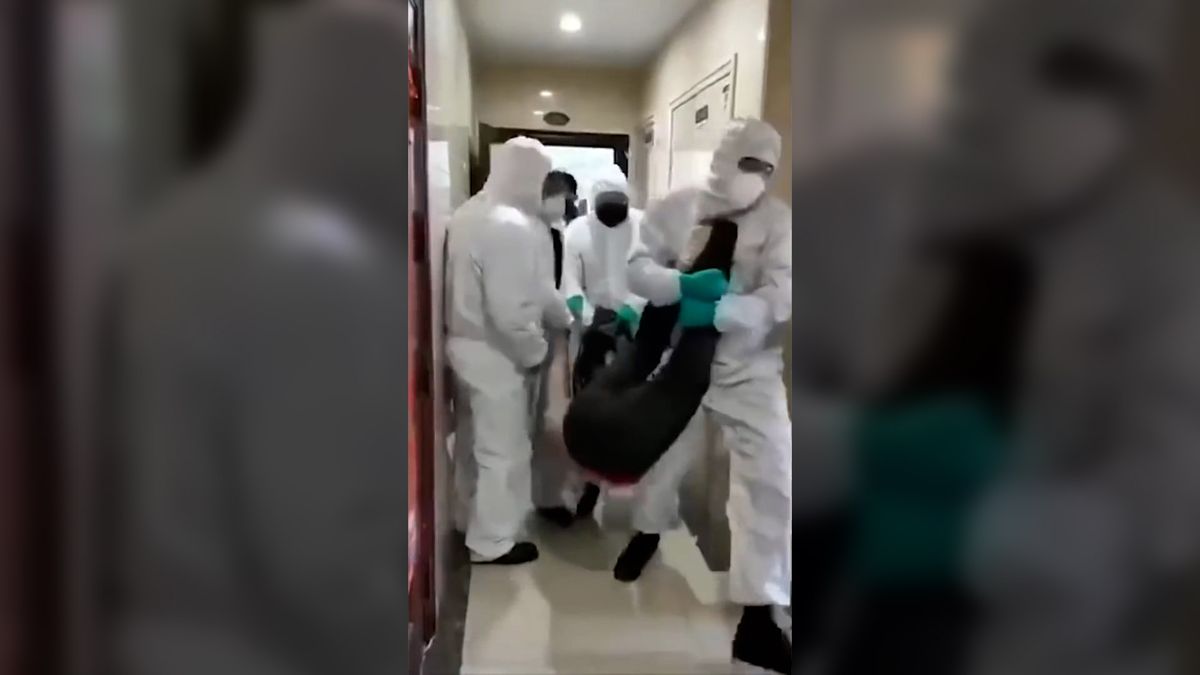 Claim:
A video recorded in November 2022 shows Chinese officials in white protective hazmat suits carrying people down a hallway to be quarantined for COVID-19.
Rating:

In November 2022, a TikTok user posted a video that included a misleading caption and quite the dramatic remix of Johnny Cash singing "I hear the train a comin'" from "Folsom Prison Blues." The video was recorded in China and showed officials in white protective hazmat suits forcibly dragging and carrying people down a hallway, apparently to be quarantined. 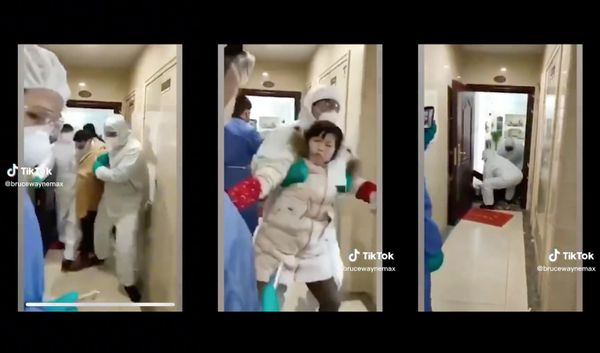 First off, yes, the video was real. However, the caption included with the TikTok video claimed it was recorded recently, which was false. TikTok users likely believed the video was recent due to the fact that China was implementing a "zero COVID" policy (including a large number of quarantine centers) in late 2022.

The hashtags in the TikTok caption asked "#areyouready" and "#whatisgoingon," even calling what was shown in the video the "#endtimes."

Commenters appeared to largely believe the video was brand new. One user posted the false claim, "They know something the rest of the world doesn't know." That comment alone received more than 30,000 likes.

Another commenter said, "Again, [China is] preparing for something the rest of us don't know about yet." The remark received nearly 10,000 likes, despite the fact that it was completely misleading.

The truth was that this video was recorded no later than February 2020, possibly on Feb. 3. Here's how NBC News reported on the video back on Feb. 8 of that year:

The video was taken in the city of Kunshan, Jiangsu Province, at the home of a family who had returned from Hubei Province, where the capital city is Wuhan, the epicenter of the coronavirus outbreak, according to The Associated Press, citing a report Wednesday in the official provincial media outlet, Jiangsu Communication Broadcasting Station.

The Chinese media outlet reported that people have been asked to self-quarantine in their homes for 14 days. The family was taken away by local epidemic prevention personnel after they had returned home.

The NBC News story included a quote from the Wuhan government that referred to the people in white protective suits as the "public security (police) organ."

The full video was posted by Voice of America on YouTube, where it has been viewed more than 17 million times.