A video showing a chimp finding numbers on a screen is real, and part of ongoing research at Kyoto University's Primate Research Institute. 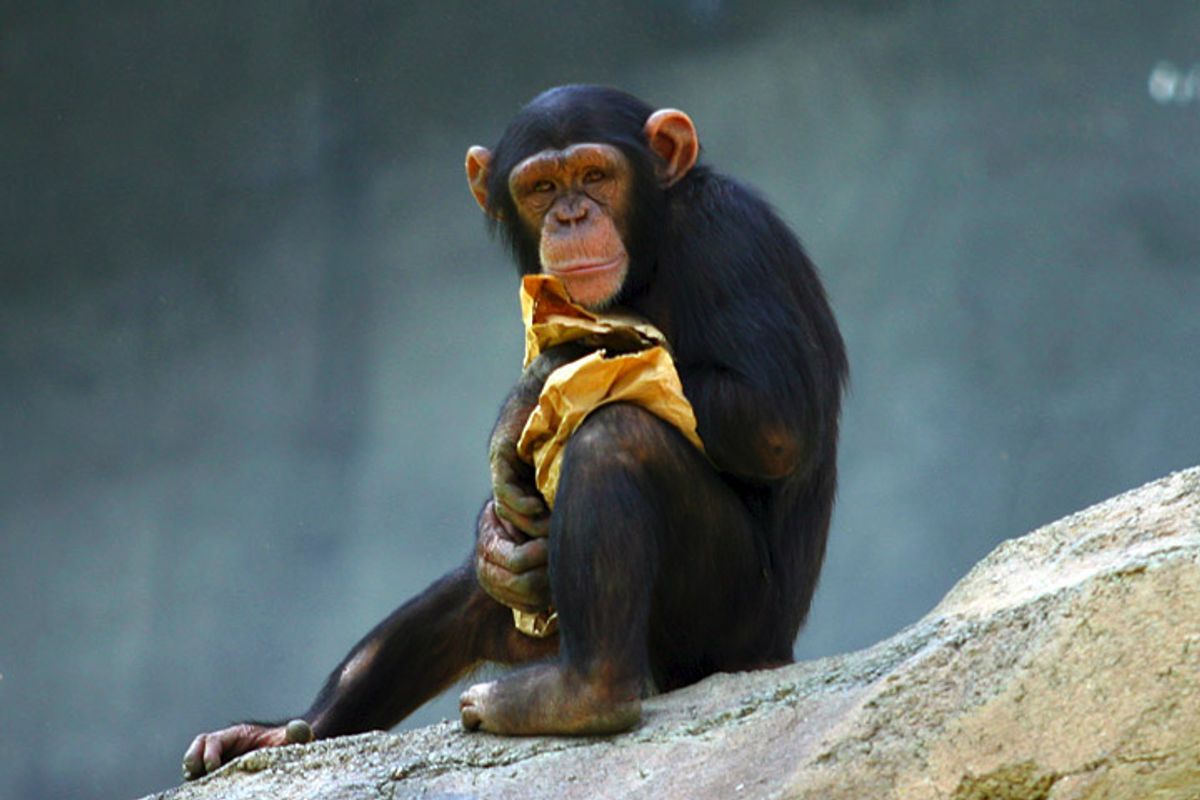 Claim:
A video shows a chimpanzee rapidly memorizing the location of numbers from 1-9 on a touch screen, demonstrating its ability to recall their location by tapping (in sequential order) boxes that covered those numbers after a fraction of a second.
Rating:

A video of a chimpanzee memorizing and quickly remembering the location of numbers on a screen has been appearing on social media since at least 2013, along with text that suggests no human is capable of performing this task:

The video is a portion of a lecture given by professor Tetsuro Matsuzawa of Kyoto University’s Primate Research Institute at the 2013 meeting of the American Association for the Advancement of Science, or AAAS.

Matsuzawa and his colleagues have published numerous peer-reviewed studies based on this and similar experimental setups, and have been conducting experiments similar to the one shown in the above video since 1978. The project (named “The Ai Project” after the original chimpanzee subject), focuses on “the perceptual and cognitive capabilities of chimpanzees rather than communicative skills between humans and chimpanzees.”

For much of its existence, the primary investigator has been Dr. Tetsuro Matsuzawa. Some of this work is conducted in the form of single-subject testing of both chimps and humans at a computer terminal, where a variety of visual memory and cognitive tests are administered.

A 2013 paper written by Matsuzawa summarized the methodology and findings of the decades-long project:

The most striking difference reported to date between the two species is a remarkable ability to use visual working memory in young chimpanzees, who can outperform even adult humans on certain tasks. Specifically, chimpanzees can learn to touch the Arabic numerals, 1–9, in ascending order. Once trained to criterion on this task, we introduced a masking task to measure working memory ability. Upon touching the lowest number, the remaining eight numbers are masked by white squares and subjects are then required to touch the masked stimuli in ascending order of the hidden numerals. This is not an easy task for humans; however, three out of three young chimpanzees succeeded.

The young chimpanzees performed better in terms of speed and accuracy than both their own mothers and human adults. Ayumu, the most skilled participant, can do the task with nine numerals at 5.5-year old, with a latency of 0.67 seconds to touch the first number and a level of accuracy above 80 percent, which cannot be achieved by human subjects even if they are trained for an extended period of time.

The ability for juvenile chimpanzees to outperform both humans and older peers led Matsuzawa and others to propose that a chimp’s remarkable photographic (eidetic) memory compared to humans represents an evolutionary tradeoff between visual memory and language:

Chimpanzees are good at capturing images rapidly as a whole, while humans are better at understanding the meaning of what they see. Chimpanzees apparently focus on any salient objects, neglecting the social context. In contrast, humans always recognize things within a social context, paying preferential attention to people, as agents.

Human adults appear to have lost this extraordinary ability for eidetic memory. However, language has helped us to collaborate with each other and, moreover, to share benefits communally. Thus, this may be one mechanism for how humans have evolved toward increased collaboration and mutual support. This kind of evolutionary pressure may have provided the basis for the development of the human brain with its unique functions.

It is important to note, however, that chimpanzees, as a whole, did not outperform humans. The 2007 research paper that provided these initial results tested three mother-offspring pairs against the performance of seven university student volunteers. Adult chimpanzees did not outperform humans, and the most impressive results came from just one of the juveniles named Ayumu.

Other researchers have argued that the methodology does not allow for a true comparison of memory between humans and chimpanzees, because chimps had extensive practice and training learning the mechanics of the experiment while human participants did not. Responding to a 2010 Science feature that highlighted Matsuzawa’s work, University of California, Santa Cruz psychology professors Peter Cook and Margaret Wilson penned a letter published in a later issue of that journal:

Ayumu received extensive practice on the task; the humans to whom he was compared received none. At least one subsequent study shows that humans can match Ayumu’s performance. In spite of this basic methodological error, the claim of superior spatial working memory in chimpanzees has been widely and uncritically repeated in the popular and scientific media. Propagation of this incorrect idea distracts from more fruitful explorations of chimpanzee memory and undermines ongoing research into human and primate evolution.

The study Cook and Wilson cite was written by Alan Silberberg and David Kearns, both professors of psychology at American University in Washington, D.C. In this study, the two authors replicated the methods of the Ayuma study with themselves as participants. The main difference was that the authors allowed themselves more time to practice. They concluded that:

Contrary to the claims of Inoue and Matsuzawa (2007), the performance of Ayumu on the limited-hold task with a masking latency of 210 ms does not differ from that seen in humans when those humans, like Ayumu, have practiced on this task.

One other conclusion that Inoue and Matsuzawa (2007) advance—that task accuracy is inversely related to a subject’s age—is also called into question. Given the ages of the subjects of this report, it is clear that youth is not a prerequisite for success in this task. What is is practice.

Chimpanzees do indeed have have a surprisingly good ability to memorize the locations of sequential symbols, as shown in the video. What is less clear is how that ability compares to humans and, as a result, what this means for both human and chimpanzee cognitive development.

Matsuzawa, T.  "Evolution of the Brain and Social Behavior in Chimpanzees."     Current Opinion in Neurobiology, 23:3. 2013.