Do Photos Show Children at Detention Center Under Trump's Watch?

Conditions at immigration detention facilities have been poor, to say the least, for years. 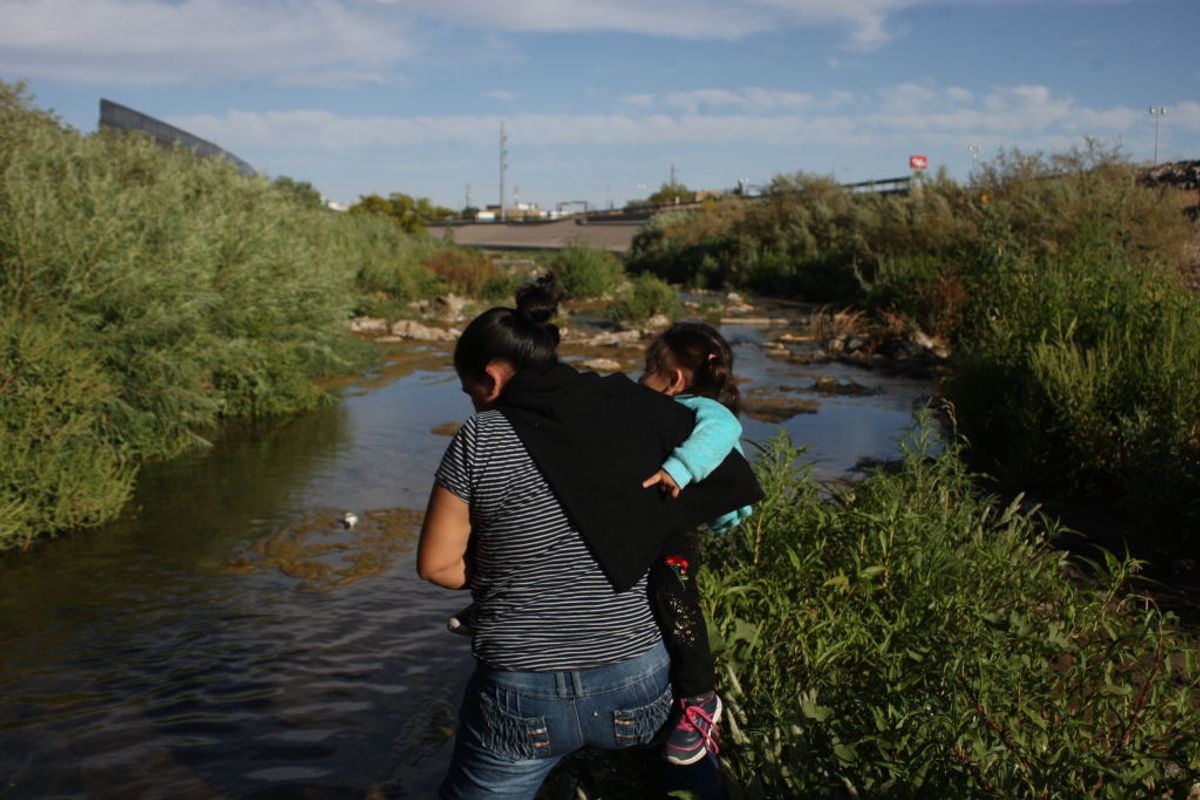 A physician compared the conditions at a detention center on the southern border of United States in June 2019 to a "torture facility," writing that children were sleeping on concrete floors with the lights on 24 hours and had no access to basic hygiene supplies, such as soap.

A set of viral photographs was taken in 2015 during U.S. President Barack Obama's administration.

In June 2019, a variety of news outlets published reports detailing the horrid conditions at immigrant detention centers along the United States' southern border. The Associated Press, for instance, quoted a lawyer named Warren Binford, who visited a facility in Texas and spoke to some of the immigrant children detained within, saying that the kids were living in "inhumane conditions." ABC News obtained a medical declaration that likened these detention centers to “torture facilities.”

As outrage from these reports grew online, actress Nancy Lee Grahn posted a set of photographs that supposedly documented these conditions and accused the Trump administration of forcing children to "sleep on cement floor with an aluminum blanket & lights on all night": While the text of Grahn's tweet accurately reflects recent news reports, the photographs she used to illustrate her point were not taken during U.S. President Donald Trump's administration.

These photographs are actually still images from a surveillance camera at a Border Patrol holding facility in Tucson, Ariz., in August 2015. The images were released as part of a lawsuit brought by the American Immigration Council and the American Civil Liberties Union against U.S. Customs and Border Protection concerning the conditions at the agency's temporary holding facilities.

Here's an excerpt from an NPR report:

The holding cells were designed to be used for temporary holding — a period of hours. The American Immigration Council analyzed Border Patrol data and concluded that from September 2014 to August 2015, two-thirds of immigrants detained in Border Patrol facilities in the Southwest were held for more than 24 hours, and tens of thousands of people were held for more than three days.

Photos of the cells show people crowded together in concrete cells.

Several images show prisoners sitting or sleeping on bare floors with no mats available to them — even when there are unused mats in empty cells.

While these photographs were taken during the Obama administration, the conditions described in Grahn's tweet still apply to the detention facilities operating under Trump.

Physician Dolly Lucio Sevier was granted access to a detention center after a flu outbreak sent five infants to the neonatal intensive care unit. In a medical declaration obtained by ABC News, Sevier compared the conditions to a "torture facility" and wrote that minors were dealing with "extreme cold temperatures, lights on 24 hours a day, no adequate access to medical care, basic sanitation, water, or adequate food."

Binford, a law professor, told NPR: "They are worse than actual prison conditions. It is inhumane. It's nothing that I ever imagined seeing in the United States of America."

The second part of Grahn's tweet mentions "Sarah Fabian" and claims that companies are making $750 day to detain immigrant children. Fabian is a Department of Justice lawyer who attempted to defend the conditions at detention centers during a June 2019 Court of Appeals hearing. According to the Washington Post:

The government went to federal court this week to argue that it shouldn’t be required to give detained migrant children toothbrushes, soap, towels, showers or even half a night’s sleep inside Border Patrol detention facilities.

The position bewildered a panel of three judges in the U.S. Court of Appeals for the 9th Circuit on Tuesday, who questioned whether government lawyers sincerely believed they could describe the temporary detention facilities as “safe and sanitary” if children weren’t provided adequate toiletries and sleeping conditions. One circuit judge said it struck him as “inconceivable."

The government was in court to appeal a 2017 ruling finding that child migrants and their parents were detained in dirty, crowded, bitingly cold conditions inside U.S. Customs and Border Protection facilities along the southern border. Migrants are first taken to those facilities after they are apprehended at the border.

U.S. District Judge Dolly Gee had found that migrants in Rio Grande Valley facilities were hungry, with some eating only “sandwiches of two pieces of dry bread and one slice of ham.” They were thirsty, with up to 20 migrants sharing the same cup to drink from the water cooler. They were embarrassed to use a toilet in front of 50 other people and they couldn’t take a shower or brush their teeth or even wash their hands with soap and dry them with a towel, the judge found. At night, they couldn’t sleep. The lights were left on, as they shivered beneath an aluminum blanket on the concrete floor, the judge found.

Gee ruled in June 2017 that these Obama-era conditions violated a 1997 settlement agreement requiring that immigrant children in the government’s custody be housed in “safe and sanitary” conditions, and that the government maintain “concern for the particular vulnerability of minors.”

But the Trump administration protested. The 1997 consent decree, known as the Flores Settlement Agreement, didn’t say anything about providing a “toothbrush,” “towels,” “dry clothing,” “soap,” or even “sleep,” the administration has argued.

Grahn's claim that companies make $750 "a kid a day to torture them" relates to the fact that some immigration detention centers are owned and operated by private for-profit companies.

Reuters reported in February 2019 that while it costs about $250 per day to hold a child at a permanent detention center, the cost can triple at temporary, privately owned, for-profit facilities such as the "Homestead Temporary Shelter for Unaccompanied Children":

As the government seeks to rapidly expand the site’s capacity, it has waived a federal requirement at Homestead meant to ensure children receive sufficient health care. The U.S. Department of Health and Human Services, which cares for the children, previously required Homestead to maintain a clinician-to-child ratio of 1 to 12 to provide mental health services, according to a November 2018 report. But that requirement has been relaxed to 1 to 20, a Homestead program director said on Wednesday.

The facility sits on federal property, and unlike established children’s shelters, such as smaller group or foster homes that hold migrant children across the country, is not governed by state child welfare regulations designed to protect youngsters from harm.

About 35 miles south of Miami, the facility is run by Comprehensive Health Services, Inc., a private, for-profit company with a growing line of business in housing immigrant children. In a filing with the Securities and Exchange Commission last year, the firm’s parent company, Caliburn International Corp., noted President Donald Trump’s immigration policies were driving “significant growth.”

It costs approximately $250 per day to house a migrant child at a standard, permanent shelter, said Mark Weber, an HHS spokesman. But at an influx facility like Homestead, the cost is triple that - around $750 per day. It is covered by American taxpayers.

To sum up: Viral photographs supposedly documenting the conditions at immigration detention facilities under the Trump administration were actually taken in 2015 during Obama's tenure. The poor conditions at these Obama-era centers have continued or worsened under Trump.