Was a Child Spotted Smoking a Cigarette at a Soccer Game?

As we often say, appearances can be very deceiving. 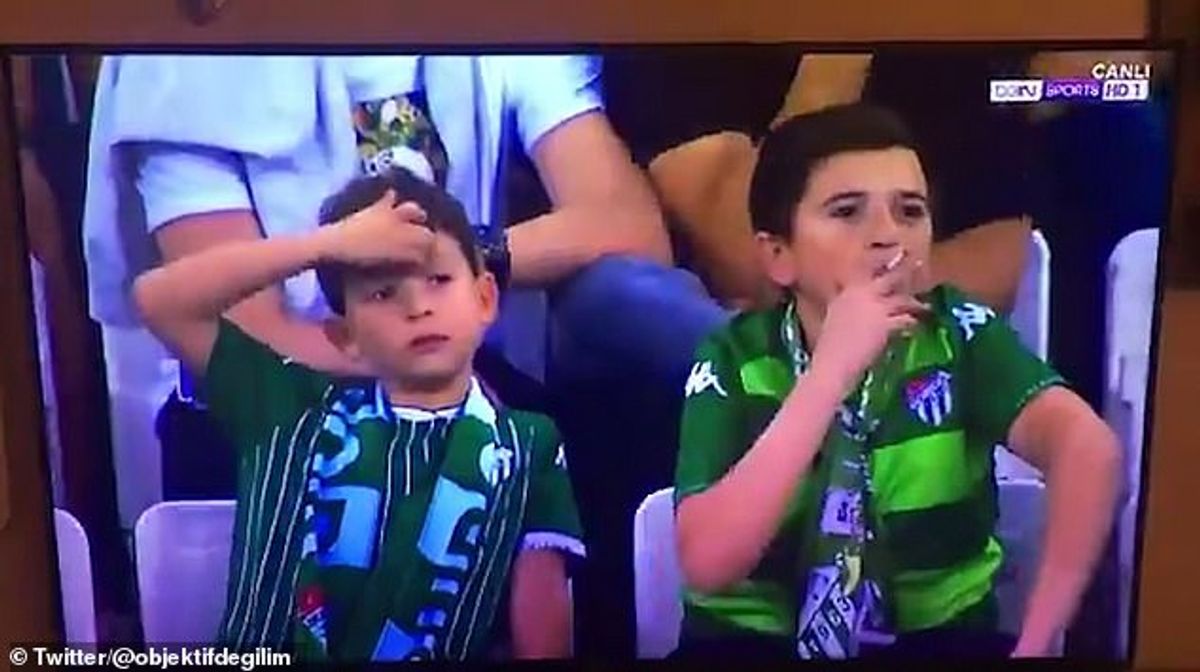 Claim:
A photograph shows a child smoking a cigarette at a soccer game.
Rating:

On Sept. 8, 2019, an image supposedly showing a child smoking during a football match went viral on Twitter: This image is a screenshot from a video that was shared on Twitter. The video had racked up more than 8 million views and had generated hundreds of comments from people who were shocked to see a child smoking a cigarette:

This video, however, does not feature a child. The person smoking in this footage is actually a 36-year-old man.

While the man may look particularly young in the above-displayed clip, a photograph posted by Instagram user Yüreğini Koy Ortaya shows this smoking fan is an adult:

Ortaya wrote: "'Sigara içen çocuk' diye paylaşsigim arkadaşın 36 yaşında olduğu ortaya çıkdi." This can be roughly translated to: "'The smoking child' turned out to be a 36-year-old friend."