The use of child labor to extract cobalt from mines in the Democratic Republic of Congo is certainly a major problem. 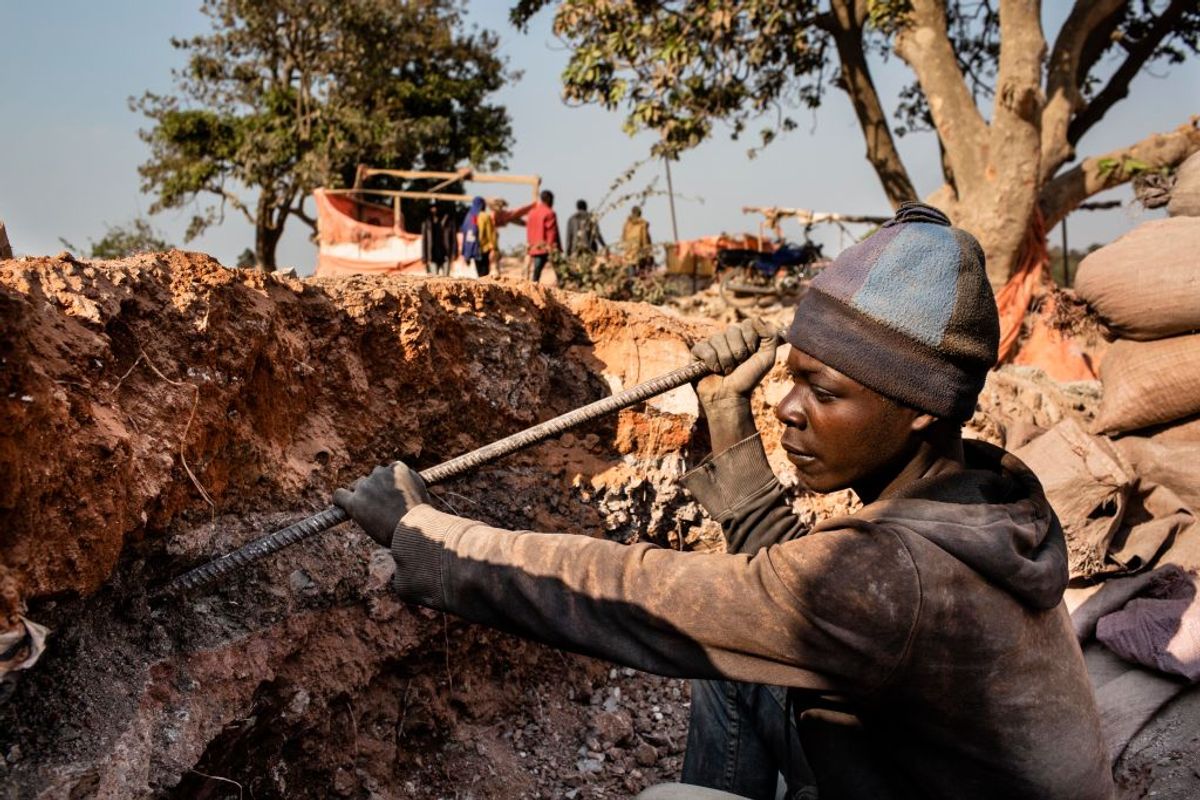 Child labor has been used in cobalt mines in the Democratic Republic of the Congo (DRC). Cobalt is a chemical element used to make rechargeable batteries.

However, cobalt is not used exclusively for electric car batteries. This chemical element is also used to make the rechargeable batteries in phones, tablets, and laptops. Electric car manufacturers, such as Tesla and BMW, have started to use ethically sourced cobalt from areas outside of the DRC.

The use of child labor in cobalt mines in the Democratic Republic of the Congo, where nearly 60% of the world's cobalt is currently produced, is certainly a major issue that deserves the attention of consumers, corporations, and governments. However, some media outlets and social media users have distorted the issue into a rallying cry against the use of electric cars and clean energy.

In February 2017, an investigation by Sky News revealed that children as young as 4 years old were working in horrid conditions in cobalt mines in the Democratic Republic of Congo (DRC):

While the news outlet reported that cobalt was an "essential part of most mobile gadgets sold around the world," the Daily Mail seized on another use of cobalt, the manufacturing of electric car batteries, when it repackaged the Sky News report in an August 2017 article entitled: "Child miners aged four living a hell on Earth so YOU can drive an electric car: Awful human cost in squalid Congo cobalt mine that Michael Gove didn’t consider in his ‘clean’ energy crusade."

The remaining 58% of the cobalt produced globally is used in industrial and military applications (super alloys, catalysts, magnets, and pigments, among others).

The Daily Mail article also stated that "almost every big motor manufacturer striving to produce millions of electric vehicles buys its cobalt from the impoverished central African state," but that is also misleading, because many electric car manufacturers have committed to procuring their cobalt from ethical sources. BMW, for instance, recently stated that it will purchase all of its cobalt from Australia and Morocco to ensure that child labor isn't used in the mining of this material.

BMW also insists on transparency in every step of the supply chain in order to ensure that the cobalt it procures comes from an ethical source:

The BMW Group currently only obtains cobalt directly through the purchase of battery cells. However, taking all stages of the value chain into account is an integral part of the company’s corporate strategy. For this reason, the BMW Group also examines the origin of this raw material very closely and critically. This applies above all to the Democratic Republic of the Congo, from where two thirds of the quantities required worldwide originate.

“We are working intensively on measures to ensure that our suppliers and their supply chain also consistently comply with the social and environmental standards we expect. This is currently only guaranteed in large-scale industrial mining. However, around 20 percent of cobalt produced in the Congo originates from artisanal mines where workers mine cobalt on a small scale using simple tools,” says Claudia Becker, expert for sustainable purchasing at the BMW Group.

In order to prevent cobalt mined under adverse social and ecological conditions from being used by the BMW Group for batteries in the BMW i3 or the BMW i8 for example, the company demands absolute transparency – above all from every stage of the cobalt supply chain: “We only accept companies that extract cobalt from mines where employees are protected,” emphasizes Becker. Moreover, BMW regularly publishes information on cobalt smelters and the raw material’s countries of origin.

Tesla has also been working to both reduce the amount of cobalt needed to manufacture its batteries and to procure cobalt from more ethical sources. Since 2012, Tesla has reduced the amount of cobalt in its batteries from 60% to just 3%. Company Founder Elon Musk has also stated that he is hoping to eliminate cobalt altogether in the company's next generation of batteries. Tesla has also committed to sourcing its cobalt from more ethical sources in North America.

Some industry experts, however, have expressed doubts that Tesla will be able to achieve these goals. Caspar Rawles, an analyst at Benchmark Mineral Intelligence who focuses on the cobalt market, told The Verge in June 2018:

A lot of companies, including Tesla, are interested in making the zero-cobalt battery. When do you think that will happen?

Tesla uses a formulation called NCA (nickel, cobalt, aluminum) that is already very low-cobalt. Over the last six years, Tesla and Panasonic [which supplies batteries to Tesla] have reduced cobalt dependency by about 60 percent already. That’s already very low. We think it’s going to be difficult for them to go much lower because you run into engineering problems.

In sum, it's true that the majority of the world's cobalt supply comes from the Democratic Republic of Congo, where numerous reports of child-labor and human-rights abuses have been uncovered. It's also true that cobalt is a chemical element that is used in electric car batteries. However, it's misleading to claim that these children are "living a hell on Earth so YOU can drive an electric car," because the majority of cobalt is not used for electric car batteries, and electric car manufacturers, such as Tesla and BMW, procure their cobalt from sources outside of the DRC.