Was the Mayonnaise on a Chicken Sandwich Actually a Tumor?

"It turns out that the piece of chicken contained a tumor, and when the woman bit into it it exploded, releasing some kind of pus-like substance." 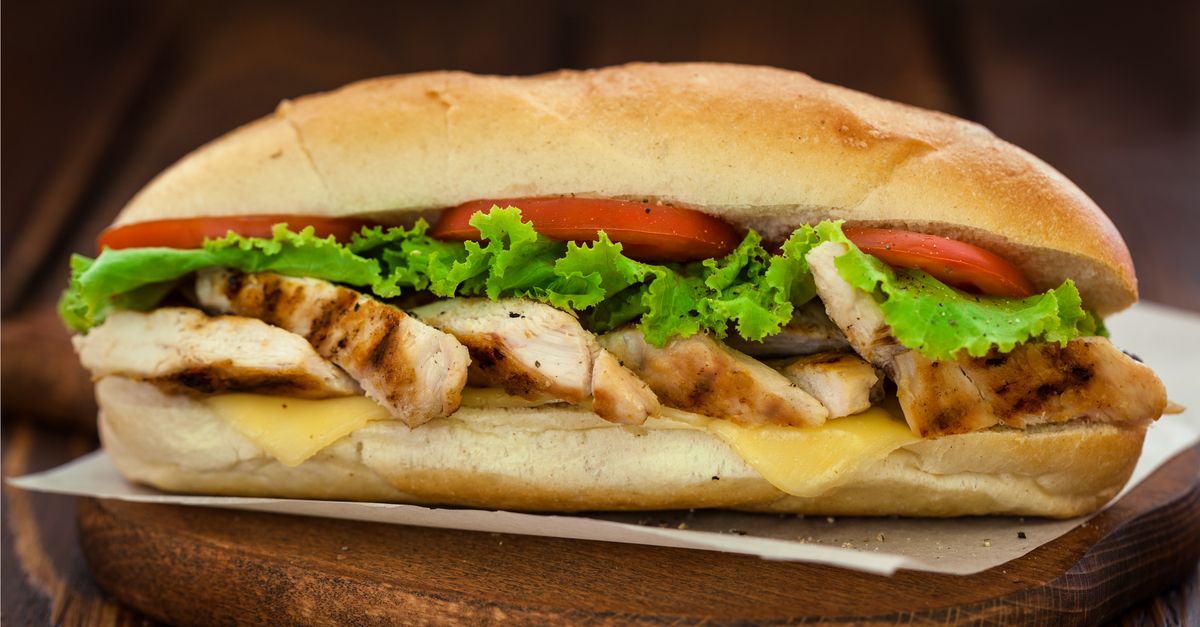 Claim:
The mayonnaise oozing from a chicken sandwich turned out to be pus from a tumor in the chicken.
Rating:

A particularly yucky food tale from the early 1990s was a favorite of high school and college students and said a lot about how we feel about fast food:

A woman goes into a fast food restaurant and orders a chicken sandwich with no mayo. She bites into it, tastes some kind of sauce, and looking at her sandwich, realizes that it looks kinda like mayonnaise. She takes it back to the counter where they insist that there was no mayo on the sandwich. Eventually, it turns out that the piece of chicken contained a tumor, and when the woman bit into it it exploded, releasing some kind of pus-like substance.

This tale was spread in many variant forms:


Unlike most contaminated food stories, this one couldn't have happened as told. Fast food chicken sandwiches are made of chopped, processed meat: chicken is ground then reformed into breast-shaped patties. Even those sandwiches fabricated from whole chicken breast couldn't possibly come through the preparation process with a pus-filled abscess intact, as the meat has to be pounded to spread it out to fit the bun, and to stop it from curving up in the middle the way an unmanipulated chicken breast would (which would make piling on the fixings that much harder). And then there's frying process — no pus-filled anything is going to survive that.

Not only is this a legend about what yucky things might be lurking in our fast food, it's also a tale that dredges up the specter of cancer. (In the vast majority of tellings a tumor is discovered in the chicken sandwich, not an abscess or a cyst. This, by the way, also eliminates any remaining credibility the story might have, for tumors are hard masses of cancerous flesh without pus.)

The apocryphal discovery of a tumorous chicken breast in a fast food sandwich is a way of expressing distrust about the nature of food in this advanced age. Are chickens being force-fed chemicals to make them grow faster and bigger and so reach our dinner plates sooner? (In truth, they aren't.) Are we happy about that? The moral of this legend is that you get out what you put in: feed a chicken chemicals and end up with tumorous meat.