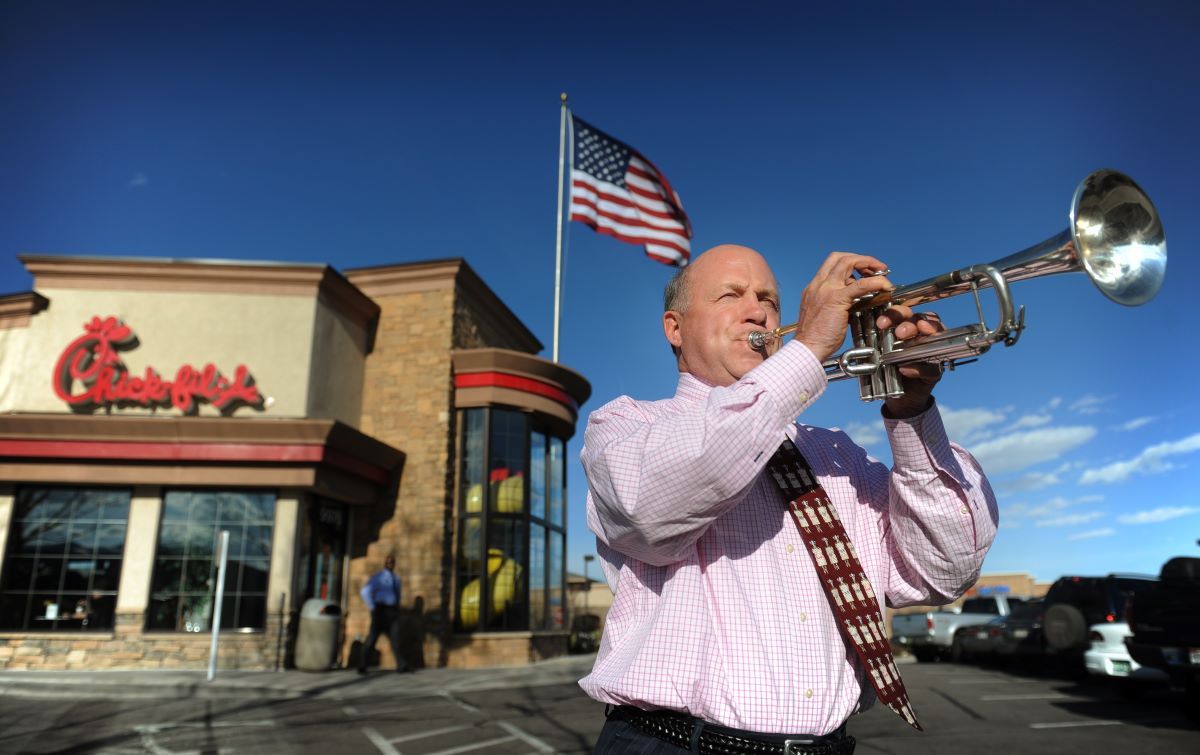 A video shows Chick-fil-A CEO Dan Cathy telling a story about racism before symbolically shining the shoes of Lecrae, a Black musician.

However, this is not a direct quote from Cathy. Some headlines paraphrasing his remarks misrepresented Cathy's message.

Websites such as The Gateway Pundit and The Washington Examiner posted this video under headlines that suggested Cathy had literally said, "White people should shine shoes of black people to express shame for racism."

Chick-fil-A restaurants have won favor with conservative audiences in recent years in large part because of Cathy's stance against same-sex marriage. When the above-displayed video went viral — in the midst of nationwide protests after the death of a Black man in police custody in Minneapolis — it prompted some people to accuse Cathy of being racist against white people: Although this is a genuine video of Cathy shining the shoes of a Black man, the above-displayed headlines do not relay direct quotes from Cathy. In the video, Cathy invites all people, not just white people, to shine the shoes of anyone (not just Black people).

The video was taken at Passion City Church in Atlanta, Georgia, and shows Cathy, Lecrae, and Pastor Louie Giglio talking about racism. Cathy tells a story about a revival that was held in a small town in Texas with a history of racism. A young man in attendance, according to Cathy, was so moved by the anti-racism message of the sermon that he went over to an older Black man and started to shine his shoes.

I invite folks just to put some words to action here and if we need to find somebody that needs to have their shoes shined, we need to just go right on over and shine their shoes. Whether they got tennis shoes on or not — maybe they got sandals on — it really doesn’t matter. But, there’s a time in which we need to have some personal action here. Maybe we need to give them a hug, too.

I bought about 1,500 of these [brushes] and I gave them to all our Chick-Fil-A operators and staff a number of years ago. So, any expressions of a contrite heart, of a sense of humility, a sense of shame, a sense of embarrassment begat with an apologetic heart — I think that’s what our world needs to hear today.

The full video is below (the story starts around the 38:35 mark):

Cathy was clearly talking about how to counteract racism when he made these messages. However, Cathy did not literally say that "white people should shine black's shoes to show sense of shame for racism." In fact, it appears that "shining shoes" was a symbolic gesture to illustrate Cathy's larger point: that the world needs to take action to combat racism, and that those actions need to begin with an apologetic heart.