Did a Man Sue Chick-fil-A Over Long Drive-Thru Lines?

Chick-fil-A is one of the popular fast food restaurants known for typically having lengthy drive-thru lines. 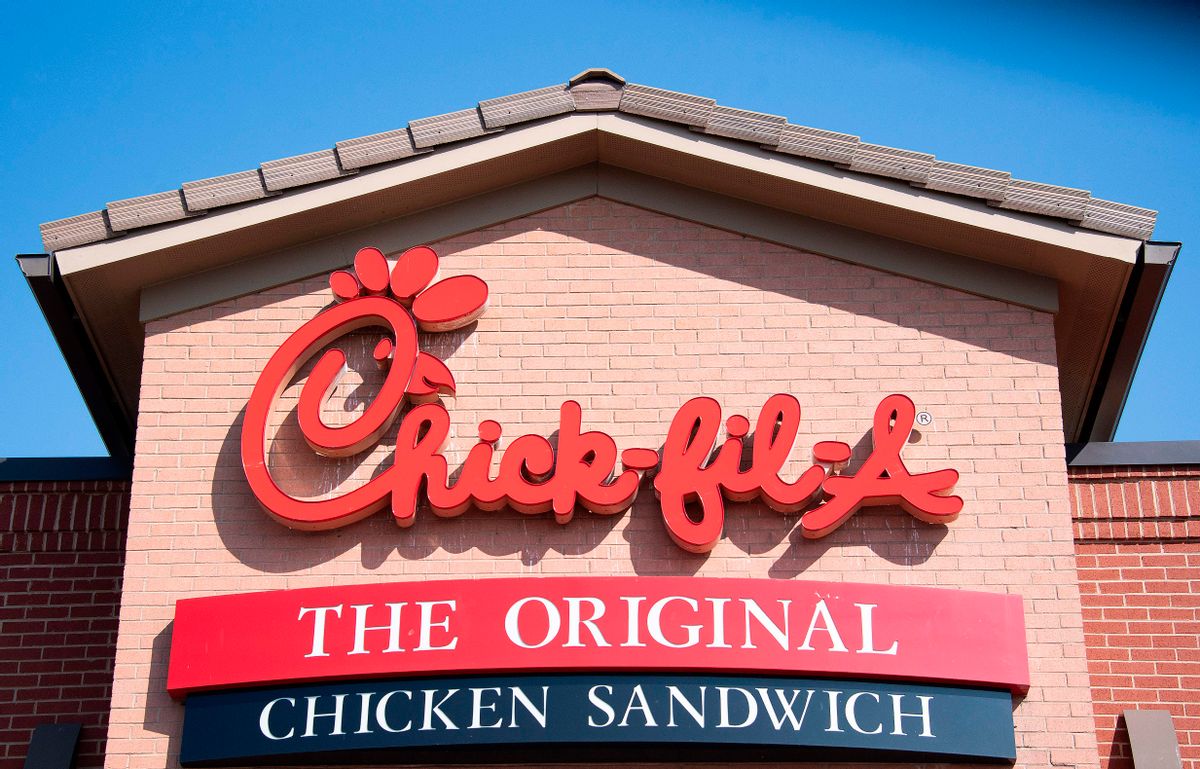 Claim:
A man sued the Chick-fil-A chain because of its restaurants' long drive-thru lines.
Rating:

A Toledo businessman who owned a liquor store sued a Chick-fil-A location that resided in the same parking lot, plus a real estate business that manages the property, because the restaurant's long drive-thru lines were creating "an unsafe environment in the parking lot."

The lawsuit was not filed by a disgruntled customer seeking financial gain, but rather by a local business owner desirous of ameliorating a bad traffic situation.

On Dec. 6, 2020, WTOL-TV in Toledo reported that a local business owner had filed a lawsuit "over long lines" at Chick-fil-A. The Atlanta Journal-Constitution similarly reported the story under the headline "Ohio Chick-fil-A being sued over long drive-thru line."

Chick-fil-A and other highly popular fast food restaurants such as In-N-Out Burger commonly have long drive-thru lines at their restaurants:

WTOL reported that, like many Chick-fil-A drive-thrus across the country, the Secor Road location in Toledo, Ohio, receives quite a bit of business.

The station also posted a video that showed a long line of customers in cars as they waited for that location's drive-thru, with the line potentially blocking other parked cars from being able to leave the lot. The video also showed a pickup truck as it backed out over multiple parking lines, right before a woman walked past in the same area in their report about a related lawsuit:

The lawsuit, filed by local businessman Mario Kiezi, alleges that the long lines at the Secor Avenue location of Chick-fil-A impedes potential traffic to the businesses in the shopping plaza right behind it.

“As they backup and get busy, their line stacks in front of the other locally owned businesses, including ours," said A.J. Faulkner, the general manager at Bulk Beverage.

The storefront that Bulk Beverage is located in has been vacant for years.

Faulkner says the restaurant gets much more traffic on a daily basis than what their property can hold. This creates long lines in the parking lot of the shopping plaza behind Chick-fil-A, impacting parking for businesses like Bulk Beverage and QQ Kitchen.

The Toledo Blade tweeted a photograph showing the Bulk Beverage store in the background of the Chick-fil-A line:

Faulkner, the general manager at Bulk Beverage, also told WTOL that his lawsuit was a matter of safety, and that some customers have complained about "an unsafe environment in the parking lot." He also said he enjoyed the fact that Chick-fil-A brought more shoppers to nearby stores, and that the lawsuit, which was "against Chick-fil-A and Mona Real Estate, who owned the property, isn't about money."

On the subject of Chick-fil-A, we previously reported on a TikTok video that purportedly showed the preparation process for preparing the fast food restaurant's chicken nuggets. We also published a story a TikTok video that claimed saying "my pleasure" at Chick-fil-A outlets would earn a customer a free ice cream cone -- or free food altogether.

We even turned up occasion when Chick-fil-A outlet had opened on Sunday, a day when all of the chain's restaurants are normally closed.