Did Chick-fil-A President Dan Cathy Say 'We Don't Like the Blacks Either'?

A satirical attempt to equate one type of discrimination with another. 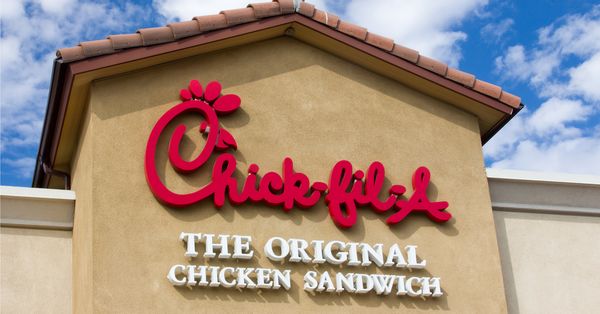 In August 2012, the Chick-fil-A chain of quick-service chicken restaurants announced it had experienced a record-setting sales day after supporters staged a "Chick-fil-A Appreciation Day" in response to calls for a boycott of the chain due to a recent controversy over Chick-fil-A president Dan Cathy’s opposition to gay marriage. Shortly afterwards, the Free Wood Post published an article positing that Cathy was planning to announce that the chain "doesn't like blacks either" as a marketing plot to stir up more controversy and boost sales:

After a record setting sales day last week, Chick-fil-A President and Chief Operating Officer Dan Cathy has realized that hatred and bigotry are extremely profitable in the United States. While hundreds of people stood in line to "celebrate" the Chick-fil-A Appreciation Day and show their support for Cathy's anti-gay agenda, Cathy was already considering his next move. According to a senior level manager, Cathy is planning a marketing campaign around his next controversial and extremely profitable statement. Cathy considered many targets that would appeal to his primarily southern-based conservative customers before ultimately saying the following:

"Let's milk this for all its worth. Let's wait until this gay thing dies down a little, then I will release another statement that says that we don't like blacks either. Now, they're protected by those stupid discrimination laws so we'll need to be careful, but I think it will work. I mean hey, it's not like it's a lie. We'll have another Chick-Fil-A Appreciation Day before you know it!"

Links and excerpts referencing that article have since been widely circulated via social media, with many of those encountering it mistaking it for a genuine news report. However, the article was just a political spoof of Chick-fil-A from the satirical web site Free Wood Post, whose disclaimer notes that:

The claim lay largely dormant until it was reproduced by the fake news site TMZHipHop (in conjunction with TMZWorldStar) in July 2016, along with a novel set of shareable yet clearly photoshopped images: