Images of a fatal collision in Georgia were misrepresented on social media to scold drivers about sharing the road with large trucks. 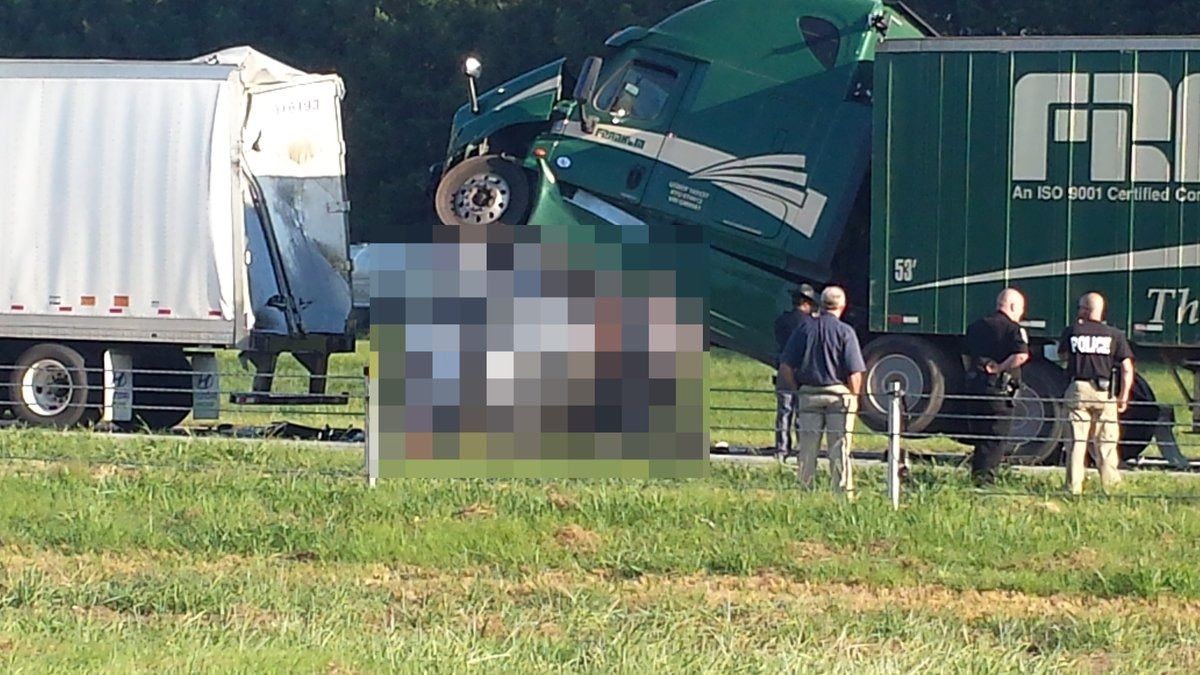 Claim:
An Image depicts a fatal collision involving a Chevy Suburban that recklessly merged ahead of a tractor-trailer, resulting in the death of an infant.

On 15 September 2016, a Facebook user shared a photograph of a mangled passenger vehicle and a tractor-trailer, claiming it represented an accident that involved a "Chevy Suburban [that] jumped in front of this 18 wheeler at the last minute" and killed everyone in those vehicles, including "a 2 month old baby."

But the previous day, a different user had shared the same photograph with a different comment:

Local news sources reported that the depicted collision was not one caused by a vehicle that "jumped in front of an 18-wheeler"; rather, it was part of a rapid chain reaction in which a tractor-trailer rear-ended another truck, and the second tractor-trailer then crushed the pickup truck in front of it. The two people who died in the crash (the occupants of the pickup) were adults aged 51 and 53 years, not children:

The driver of the pickup, Larry Donnell Adams, 53, of Benton, Louisiana and the passenger, Peggy O'Neal, 51, of Bossier City, Louisiana were killed in the crash.

"It's like scary, honestly, that it could happen that fast, something like that," Pope said. "And I'm praying."

Subsequent news reports suggested that the driver of the passenger vehicle's only fault was that he happened to be on the road at the time the larger trucks collided. No accounts of the accident suggested the driver recklessly caused or contributed to the crash, and the crushed vehicle depicted in the crash photo was a pickup truck, not a Chevy Suburban:

The incident occurred around 6 p.m. on the eastbound lanes of I-20 in Carroll County, Georgia.

WSB-TV reported that a semi truck was driving near Georgia 113 when it rear-ended a second semi truck.

The force of the collision launched the second truck into a pickup, completely crushing it.

The second truck continued into a third tractor trailer, which then hit a fourth.

The driver and passenger of the pickup truck were killed instantly ... No other injuries were reported.

On 15 September 2016, the virality of the misrepresented photograph became its own news story, with one outlet reporting that:

Sadly, two people in the pickup truck lost their lives in the collision. It’s a gruesome photo, but an important reminder to give big trucks room on the road.

The post was shared more than 3,200 times, just hours after it was posted on Facebook. Even if it makes just one motorist stop and rethink the way they drive around trucks, then it’s worth sharing.

However, it's worth noting that none of the details shared about the "Chevy Suburban" photograph was accurate: two adults died in the depicted wreck (no small child was killed), and the deceased motorist did not cause the crash by driving unsafely. Although reminders about safe driving are not themselves unseemly, using a photograph of an inaccurately described fatal accident to make an unrelated point treads that line (as does the "type rest in peace" directive aimed solely at leveraging the tragedy for Facebook engagement). Moreover, relatives of the people tragically killed were put at risk of unnecessary emotional distress by graphic images circulating Facebook alongside grossly misconstrued claims inaccurately blaming the victims for their deaths.