Can Losing Fingerprints Be a Side Effect of Chemotherapy?

"Hand-foot syndrome" has an inconvenient and adverse effect on some patients. 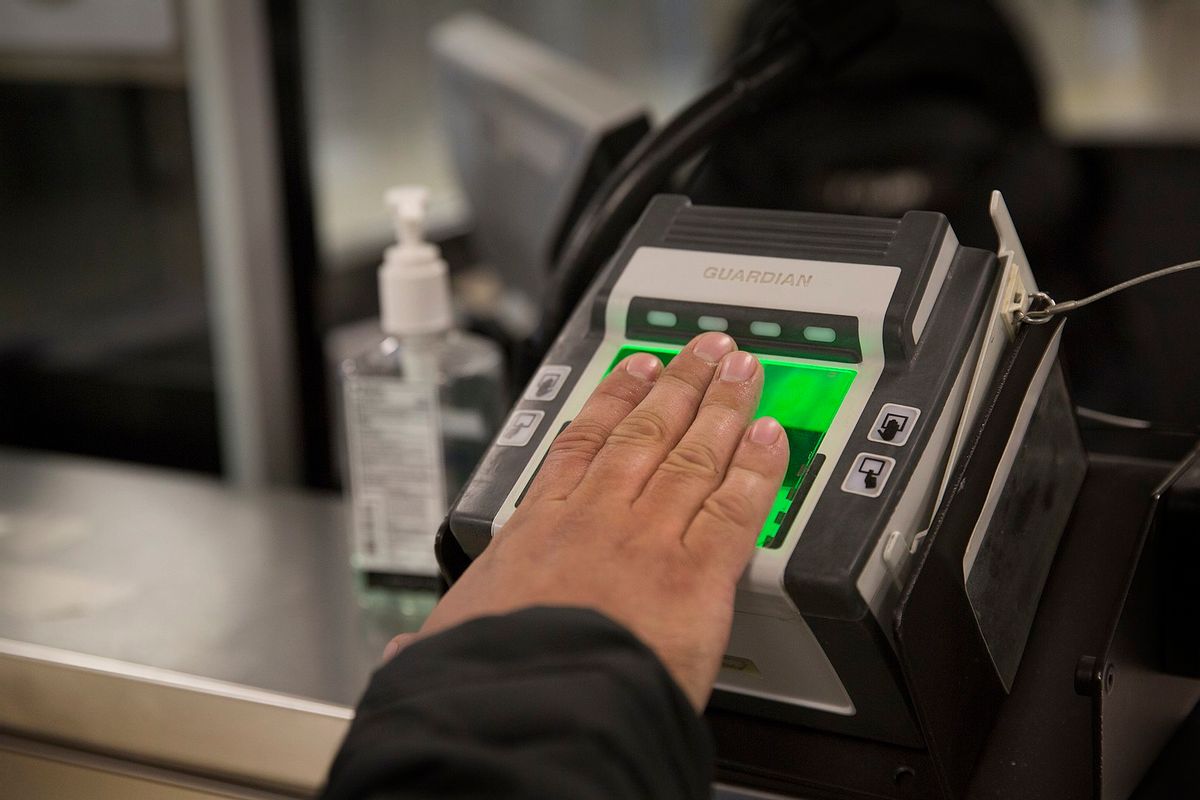 Claim:
Loss of fingerprints can be a side effect of chemotherapy.
Rating:

Certain chemotherapy drugs, notably capecitabine, can cause a side effect known as palmar-plantar erythrodysesthesia (hand-foot syndrome), a painful swelling and inflammation of the hands and feet that can, in rare cases, result in the loss of fingerprints. However, this is not a common side effect of chemotherapy in general.

Cancer treatment through chemotherapy has a range of side effects. The most unusual one gained prominence when a man tried to get through border security in a U.S. airport, and they could not verify his fingerprints.

The reason? He had none.

In 2008, a man from Singapore tried to enter the U.S and was detained because border officials could not scan his fingerprints. As it turned out, he had been on chemotherapy for his head and neck cancer. According to a medical journal report, the drug, capecitabine, had given him hand-foot syndrome, which caused swelling, peeling, and pain on the palms of the hand and soles of the feet. This also, apparently, resulted in a loss of fingerprints.

A similar incident occurred in a bank, according to a 2015 report in the New England Journal of Medicine (NEJM). A 65-year-old woman who had stage IV breast cancer was denied authorization in doing a bank transaction because her fingerprints were “unrecognizable.” She had been undergoing treatment for cancer with capecitabine and bevacizumab.

The man from Singapore was allowed to leave the airport, and his doctor recommended that patients on that drug should get a letter from their doctor before traveling to the U.S. The woman with breast cancer was also given a letter from the NEJM “explaining that the chemotherapy was responsible for her lack of fingerprints.”

The NEJM report also has photographs showing the fingers and thumbs with the prints erased.

What is hand-foot syndrome? According to Healthline:

It’s characterized by redness, pain, and swelling in your palms and the soles of your feet. It’s a side effect of some chemotherapy drugs and targeted therapies.

Hand-foot syndrome can begin anywhere from 24 hours to 10 months after starting treatment.

Symptoms tend to start in your palms before affecting your feet. People with darker skin may develop patches of hyperpigmented skin instead of redness.

According to Healthline, chemotherapy has the following effect on the body, which results in hand-foot syndrome:

Chemotherapy drugs contain chemicals that kill cancer cells. These chemicals can also damage healthy cells in your body, especially those that replicate quickly such as skin cells, blood cells, and cells inside your hair follicles. Damage to these cells can lead to side effects.

The exact way that hand-foot syndrome develops isn’t well understood, but it occurs when the chemicals from the drugs leak into the tissues of your hands and feet from small blood vessels. It’s thought that different classes of chemotherapy drugs may cause tissue damage in slightly different ways.

Your soles and palms contain beds of small blood vessels called capillaries. When chemotherapy drugs leak out of these blood vessels, they can damage the surrounding cells. Skin cells in your palms and soles tend to divide more quickly than other parts of your skin, which makes them particularly prone to damage from chemotherapy drugs.

Massachusetts General Hospital oncologist Don Dizon told Time magazine in 2015 that it was hard to say exactly how many people experienced the side-effect of a loss of fingerprints, but “the number represents a small fraction” of patients with the hand-foot syndrome ailment.

According to a 2012 report in The Oncologist journal, the condition caused serious issues in a 53-year-old patient’s life: “he was unable to process required governmental documents on several occasions because of a lack of fingerprints. This frustrating and exhausting travel and administrative burden was imposed on an already severely deteriorated quality of life (QOL).”

While it is true that a rare side-effect of at least one specific chemotherapy drug is a loss of fingerprints as a result of patients experiencing hand-foot syndrome, this is certainly not true of all chemotherapy treatments.

Harmon, Katherine. “Can You Lose Your Fingerprints?” Scientific American, 29 May 2009. https://www.scientificamerican.com/article/lose-your-fingerprints/. Accessed 14 Jan. 2022.

“Why Some Cancer Patients Are Losing Their Fingerprints.” Time, https://time.com/3823350/cancer-patients-fingerprints/. Accessed 14 Jan. 2022.