Does This Video Show Water and a “Chemical” Turning Into “Milk”?

Numerous substances are liquid, white, and opaque, and not all of them are milk. 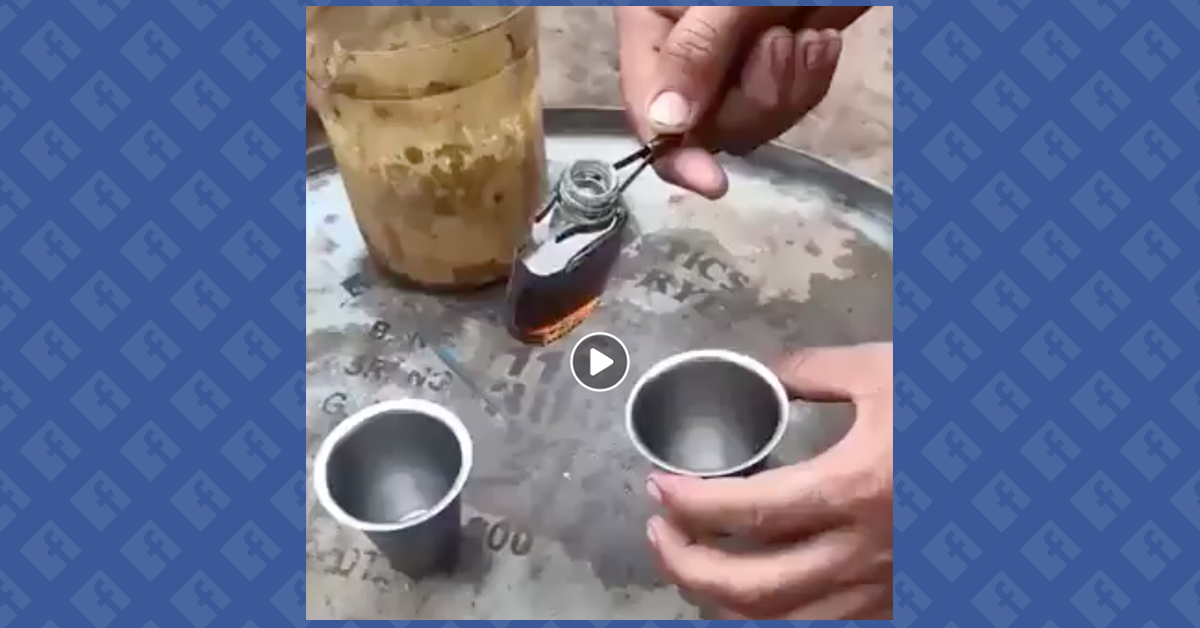 Claim:
A video demonstrates the creation of fake milk when it shows a brown liquid turn milky white in the presence of water.
Rating:

In October 2018, a Facebook video of a chemical being mixed with water went viral when it was combined with the assertion that it somehow demonstrated an effort to create a dangerous milk imposter. The account sharing the post indicated that the phenomenon had spread all the way to Nairobi, Kenya, and warned that “we need to be extra careful about what we are buying”:

The only evidence providing support for the suggestion that the final product was “milk” was that the solution was white and opaque. Such a description can apply to myriad other chemical concoctions, however, so there is no reason to assume that a milk substitute beverage is what is seen being created in the clip.

Based on the color of the chemical added, it is likely that brown liquid is the antiseptic liquid formulation of Dettol, an internationally popular line of cleaning and first-aid products with the active ingredient of chloroxylenol. Their antiseptic liquid solution is stored as a brown oil prior to being diluted with water, after which it turns milky white. This fact is a major part of the company’s marketing imagery — for example, it is included in this commercial for the product designed for the same Kenyan audience whom the Facebook video is purportedly directed towards:

Dettol liquid antiseptic solution is a mixture of chloroxylenol, oils, and alcohols, including castor oil and terpineol. When combined with water, this mixture forms an emulsion — a colloid mixture of liquids unable to dissolve into one another and which instead form a dispersion of tiny droplets throughout the water.

The word ‘emulsion’ comes from the Latin word emulgeo (to milk), and these mixtures are often cloudy and white as a result of the Tyndall effect: the scattering of light that occurs in colloidal substances. Actual dairy milk, it bears mentioning, is white for the same reason as the liquid in the video: it is an emulsion. In the case of actual milk, however, the emulsion contains butterfat globules and water, not Dettol and water.