Cheez-It brand crackers contain the synthetic preservative TBHQ, but the latter is not "created from butane," nor is it "toxic." 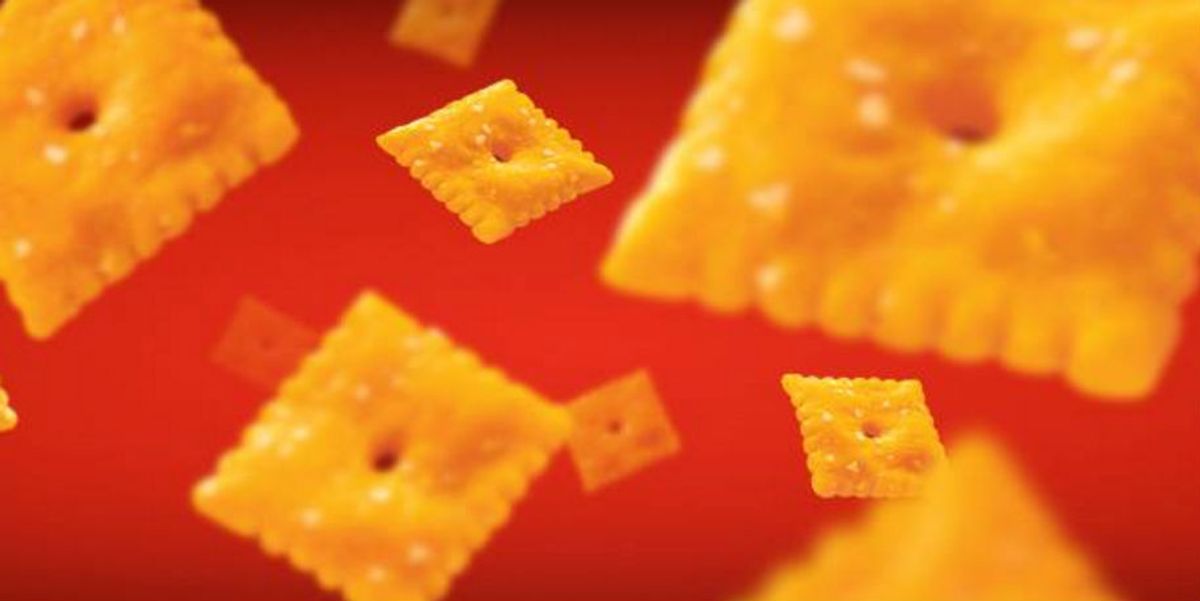 Claim:
Cheez-It brand crackers contain the preservative TBHQ, which is made from butane and is dangerous to consume.
Rating:

TBHQ is an FDA-approved preservative and is not made from "butane."

On 24 August 2016, the discredited food alarmist known as "Food Babe" posted an image showing the ingredient list on a box of Cheez-It brand snack crackers, along with the claim that the product contains TBHQ, a "toxic synthetic preservative created from butane": Are you buying these? You can’t get much more toxic than TBHQ. This synthetic preservative is created from butane (a very toxic gas) and has been linked to vision disturbances, liver enlargement, childhood behavioral problems, and stomach cancer in animal studies. New research coming out of Michigan State University links it to the rise in food allergies, which has prompted more research. Although the FDA allows this in America, this additive is banned for use in food in other countries including Japan, and is on the Center For Science in The Public Interest’s list as one of the worst additives to be avoided in our food. Please share! #FoodBabeArmy

In response to a similar claim made in 2007 about McDonald's Chicken McNuggets, the ScienceBlogs web site explained TBHQ's relationship to butane:

TBHQ contains a butyl moiety (a tert-butyl moiety, more accurately), but so does butter, which contains esters of the blameless butyrate (when degraded to free butyrate, it’s the origin of the smell of rancid butter, esterified, as in fresh butter, it’s not a problem). Butter is not lighter fluid, nor is TBHQ.

A butyl group does not butane make. It’s worth noting that preservatives might not be entirely benign (you also encounter BHT and BHA, your cereal box’s cardboard is probably impregnated with one of these). However, none of these are lighter fluid by a long shot.

While it's true that TBHQ has been banned in Japan, it is not "toxic," as the FDA and the European Food Safety Authority both classify TBHQ as a safe food additive in the small amounts present in foods such as Cheez-It snack crackers.

In response to the message posted by "Food Babe," Cheez-It stated on their Facebook page that they have been testing natural alternatives to TBHQ:

While synthetic preservatives may not be the healthiest of options, TBHQ is not "created from butane," it is not "toxic, nor is it been deemed by the FDA to be dangerous to consume in moderate quantities.