Did Frito-Lay Change the Color of Cheetos to Avoid Association with Trump?

U.S. president Donald Trump was once called "Cheeto Jesus" by a GOP operative. 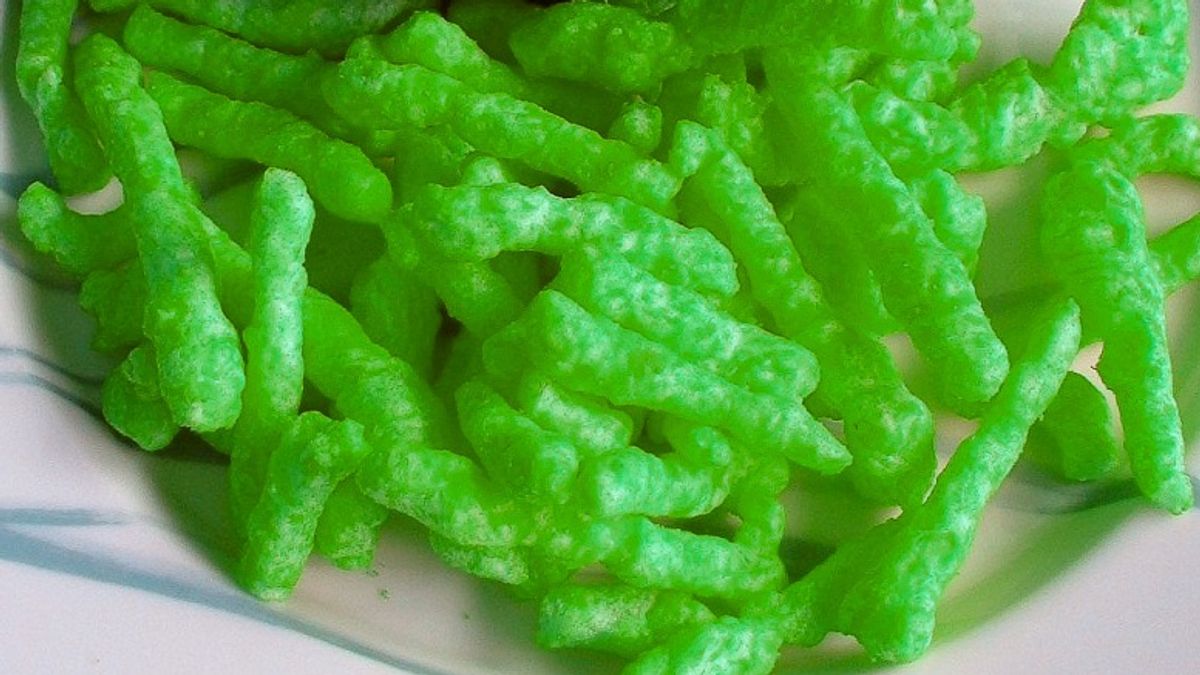 U.S. President Donald Trump may pride himself on his ability to conjure up nicknames for his political opponents, such as "Crooked Hillary (Clinton)," "Lil' Marco (Rubio)," and "Lyin' Ted (Cruz)," but he isn't immune to similar treatment. Trump's critics have often compared him to Cheetos, a popular, bright-orange cheesy snack made by Frito-Lay, in an attempt to mock the president's seemingly orange-tinted skin.

According to the website Breaking Burgh, Frito-Lay was so upset by this association that the company decided to change the color of Cheetos to green: The popular snack Cheetos will look different starting tomorrow after Frito-Lay decided to change the color from its traditional bright orange.

“Cheetos are now fluorescent green, though with the same great cheesy taste you know and love.”

The move is being made in response to consumers associating the product with President Trump.

“People who love cheetos suddenly reported feeling sick after eating them, and we finally realized it’s because they reminded them who the leader of the country was.”

This was not a genuine news article. Breaking Burgh is an entertainment website that does not publish factual stories and describes itself as a "a satirical blog serving western Pennsylvania and Beyond."

In addition to the source of this rumor's being questionable, another clue to its nature is that the included image of green Cheetos has been digitally manipulated. The original image showed a regular pile of orange Cheetos: