Claims that a photograph shows Che Guevara executing two women appear to be based solely on the fact that the pictured man is wearing a military beret. 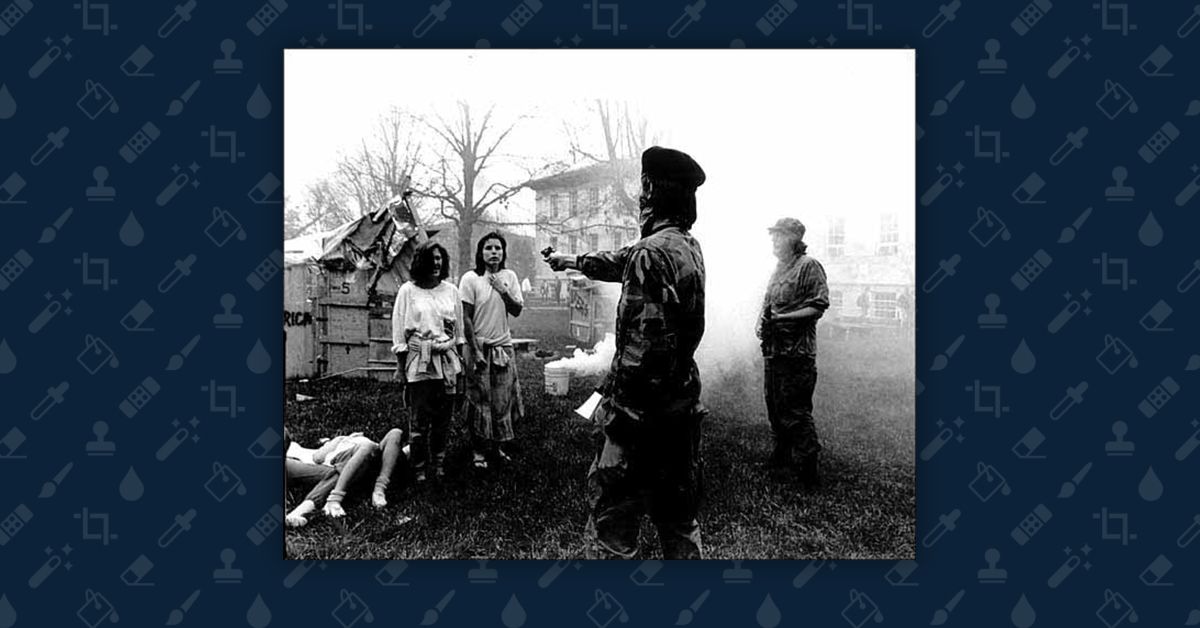 A photograph supposedly showing two women in the moment just before they were executed by an unidentified man is often shared with the claim that the gunman seen in the picture is the Argentine-born Cuban revolutionary figure Che Guevara, despite the fact that the executioner's face is not visible in the photograph: This photograph is nearly always shared with anti-socialist sentiments and often posted along with barbs directed at politicians such as Bernie Sanders or Alexandria Ocasio-Cortez. Most commonly it is shared as a meme with the caption "This is the image of Che Guevara that should be seen on t-shirts."

Che Guevara is a controversial historical figure, regarded as anything from a cultural hero to little more than a wanton murderer. A number of articles, books, movies, and documentaries can assist those curious about the Marxist revolutionary in forming an educated opinion about his legacy, but this photograph  should not be included in a hypothetical course on the subject, as it doesn't show Che Guevara.

Our investigation into the origins of this photograph took us from baseless claims on social media to archival photographs documenting wars in places such as El Salvador and Yugoslavia. Ultimately, however, our search ended in an unlikely location: Atlanta, Georgia.

Before this image was first associated with Che Guevara in late 2017, the photograph was circulated attached to a different claim. In 2011, this picture was included in a gallery about the Farabundo Martí National Liberation Front (FMLN) during the Salvadorian Civil War, a bloody conflict which started in 1980 (thirteen years after Guevara's death): However, we could not confirm that this photograph truly shows a member of the FMNL during the Salvadorian Civil War. When we reached out to Martín Álvarez Alberto, an El Salvadorian historian with a special interest in the FMNL, to ask if he was familiar with this photograph, he told us that he had never seen it and that he doubted that the picture was taken in El Salvador. Alberto noted that the men looked Caucasian, not Salvadorian, and that the building in the background was more typical of locations such as Europe or the United States.

Susan Meiselas, a documentary photographer who worked in El Salvador during the Civil War, came to a similar conclusion: The buildings in this image did not resemble those in El Salvador. Meiselas also hypothesized that the photograph was taken in eastern Europe.

The relatively modern wardrobe of the two women, and the suggestion that this photograph was taken in Eastern Europe, led us to examine photographs of the Yugoslav Wars in the early 1990s. An image of Dragan Vasiljković, the commander of a Serb paramilitary unit called the Knindže who was found guilty of war crimes by the Republic of Croatia, appears to show similar fatigues: This, of course, is not hard evidence that the photograph was taken during the Yugoslav Wars. In fact, when we talked to photojournalist Ron Haviv, who documented the Yugoslav Wars, he told us that he did not recognize the uniform of the man in the viral picture.

So where was this photograph taken and whom does it show? Although our focus so far has been on war crimes, we had our doubts that this photograph even documented such a historical event. The nonchalant posture of the second man watching this alleged execution, the various people in the background who seem to be wearing backpacks, and the smoking bucket (which we hypothesize could be a makeshift fog machine), lead us to believe that this might be a photograph taken on the set of an obscure film production: As it turns out, that's pretty much what this photograph shows.

We uncovered another copy of this image on the web site for CISPES, the Committee in Solidarity with the People of El Salvador (CISPES), where it is presented as a photograph taken in 1989 of a "Guerrilla Theatre" performance at Emory University in Atlanta, Georgia: We reached out to CISPES for more evidence that this was a theatrical production and they provided us with images showing a physical copy of this photograph which featured the words "Emory College Atlanta Mar 89" scrawled on the back:

This photograph does not document Che Guevara executing two women. It was taken in the late 1980s at Emory University in Atlanta, Georgia, and depicts a performance by a local "guerrilla theater" group.