Flynn shared the image on Telegram, and claimed that "Chase Bank has gone full blown woke!" 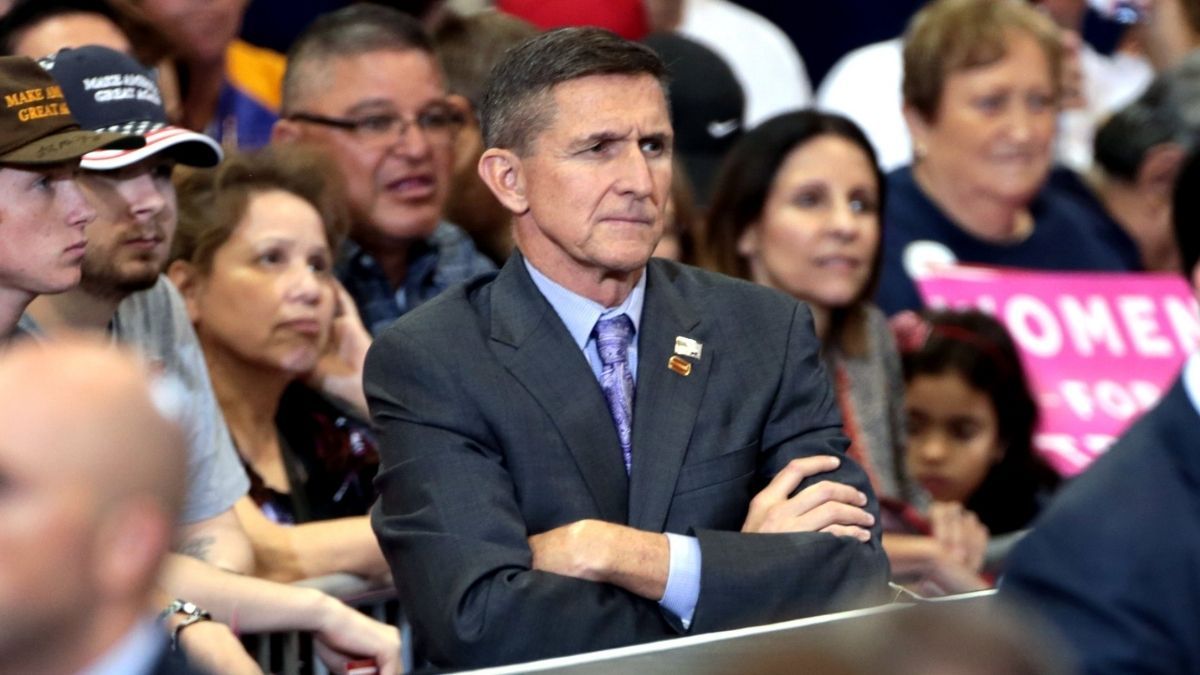 This is a genuine letter from Chase Bank informing a member of the Flynn family (the first name has been redacted) that their credit cards would be canceled due to "reputational risk." Chase told us that this letter was sent in error.

In late August 2021, an image started circulating on social media that supposedly showed a letter issued by Chase Bank informing retired Gen. Michael Flynn that his credit cards had been canceled due to a "reputational risk": This is a genuine letter sent from Chase to a member of the Flynn family. The first name on this letter has been redacted so we can't say with certainty that this letter was addressed to Gen. Flynn. A spokesperson for Chase confirmed to us that this letter was real, but added that it was sent by mistake and that this person's credit cards would not actually be closed.

A spokesperson for Chase told us: "We’ve contacted our customer to let her know that we made an error and we apologized for any inconvenience this caused."

The Chase spokesperson's use of the pronoun "her" leads us to believe that this letter may not have been sent to Flynn himself, but to another member of his family. The spokesperson did not elaborate.

Where Did the Image of This Letter Originate?

Many people encountered this letter as it was circulated on Twitter by third-party accounts. As this letter wasn't shared on the platform under Flynn's own handle (Flynn has been banned from Twitter since January 2021), it left people wondering if this letter was authentic.

Disinformation researcher Jim Stewartson detailed the origins of the letter in a Twitter thread. According to Stewartson, this letter was originally shared on Telegram by Qanon influencer and recently elected South Carolina GOP official Tracy Diaz (@tracybeanz). The letter was deleted shortly after it was posted along with a message stating that there had been a "miscommunication" about making the letter public. However, the image continued to circulate and eventually Flynn posted two messages on Telegram that seemingly confirmed the authenticity of the letter. We archived @RealGenFlynn's Telegram posts here and here. On Aug. 30, 2021, Flynn posted an update to the situation, thanking his followers for their support and praying that "Chase Bank and all their cancel culture partners think twice about what they are doing to destroy the fabric of our constitution."

What Is 'Reputational Risk'?

Banks assess a number of risk factors when deciding whether or not to do business with someone. For example, if a person has a criminal history of fraud they may find it difficult to get a credit card. Banks also look at reputational risk, or the impact that doing business with a person or company may have on the bank's reputation. Here's how the German multinational investment bank Deutsche Bank explains their approach to "reputational risk."

The reputation of Deutsche Bank is founded on trust from its employees, clients, shareholders, regulators and from the public in general. Isolated events can undermine that trust and negatively impact Deutsche Bank’s reputation and it is therefore of the utmost importance that it is protected, for which it is the responsibility of every employee of the Bank.

Why Would Flynn Be a Reputational Risk?

Assuming this letter is real, it's possible that Chase deemed Flynn a "reputational risk" as he pled guilty to lying to federal officials about his contacts with a Russian ambassador in 2017 (Flynn was later pardoned by former U.S. President Donald Trump), his statements in support of the QAnon conspiracy theory, or, more recently, his comments in June 2021 that seemingly encouraged people to stage a violent coup to overthrow the U.S. government. Flynn later released a statement saying that he has never advocated for a coup.

It's also possible that Chase deemed Flynn a "reputational risk" due to questionable financial transactions. In 2017, for example, it was reported that Flynn's consulting firm received more than $500,000 from the Turkish government while Flynn was serving as Trump's national security adviser.

The candidate he was advising last fall was running on a platform of America First. The client he was working for last fall was paying him more than $500,000 to put Turkey first.

Michael T. Flynn, who went from the campaign trail to the White House as President Trump’s first national security adviser, filed papers this week acknowledging that he worked as a foreign agent last year representing the interests of the Turkish government in a dispute with the United States.

The viral image truly shows a letter that was sent from Chase Bank to Gen. Flynn's family regarding credits cards that were to be canceled due to reputational risk. A spokesperson for Chase confirmed the authenticity of the letter, but said that it had been sent in error and that the account would not be closed.

Updated [31 August 2021]: Status changed to "Mixture" after receiving a statement from Chase Bank.