Did Charles Krauthammer Write an Op-Ed Called 'The Enemy Among Us?'

The Washington Post columnist did not write an article alleging that former President Barack Obama was creating a "shadow government" through his nonprofit Organizing for Action. 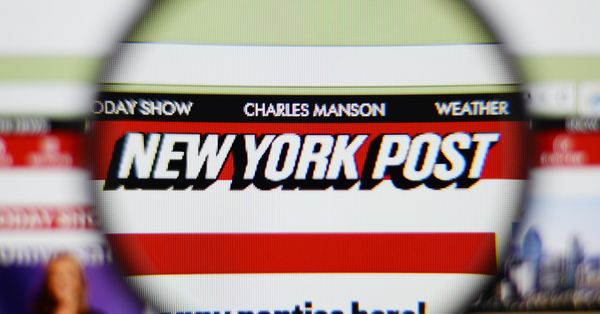 Claim:
Columnist Charles Krauthammer wrote an opinion piece entitled "The Enemy Among Us" alleging that former President Barack Obama was creating a "shadow government" through his nonprofit Organizing for Action.
Rating:

An opinion piece arguing that former President Barack Obama's nonprofit Organizing for Action (OFA) is a "shadow government" organization aimed at tearing down the Constitution has been circulating under various titles since it was originally published in February 2017. But it wasn't until months later, when Washington Post columnist Charles Krauthammer's name was erroneously attached to the text, that this opinion piece started gaining popularity.

A portion of this opinion piece as it circulated under the title "The Enemy Among Us" is reproduced below:

I do not understand how living in a country with its democracy established over 200 years ago, and now, for the first time in history, suddenly we have one of our former presidents set up a group called "Organizing for Action" (OFA).

OFA is 30,000+ strong and working to disrupt everything that our current president’s administration is trying to do. This organization goes against our Democracy, and it is an operation that will destroy our way of governing. It goes against our Constitution, our laws, and the processes established over 200 years ago. If it is allowed to proceed then we will be living in chaos very much like third world countries are run. What good is it to have an established government if it is not going to be respected and allowed to follow our laws?

If you had an army some 30,000 strong and a court system stacked over the decades with judges who would allow you to break the laws, how much damage could you do to a country? We are about to find out in America!

The claim that Krauthammer penned this op-ed seems to have originated on the the web site Nesara News, which introduced the text with a brief paragraph lauding the credibility of the conservative columnist on 11 October 2017. The web site also claimed that the article had appeared in the New York Post:

Krauthammer is about the best and brightest journalist and political analyst we have, in my opinion. His words of warning in the below message should be taken seriously and spread throughout the country so as many of our citizens as possible are made aware of what is happening right under our noses! An article from the New York Post:

This article was never published in the New York Post, nor was it written by Charles Krauthammer. In fact, the Post's author page for Krauthammer only lists two articles, both of which were published in 2009, and neither of which dealt with Organizing for Action.

The majority of this text originated in a 13 February 2017 blog post on "The Daily Jot," nearly 8 months before Krauthammer's name was erroneously attached to it. The post was entitled "The Perilous Times We Live In" and attributed to Christian journalist Bill Wilson.

With the exception of the opening and closing paragraphs, Wilson's article and the "Krauthammer" article are practically identical. Here's a comparison of the two articles with the shared text highlighted: Dr. Krauthammer did not write it and has nothing to do with it.

Krauthammer's name was simply tacked onto the end of this article in an attempt to lend it an air of credibility. We previously addressed the claim that President Obama was forming a shadow government to undermine the Trump presidency and found that it was based on little to no evidence.