Did Chanel Unveil Poop-Like Display on Side of Building?

Video of this faux fecal facade has been viewed millions of times. 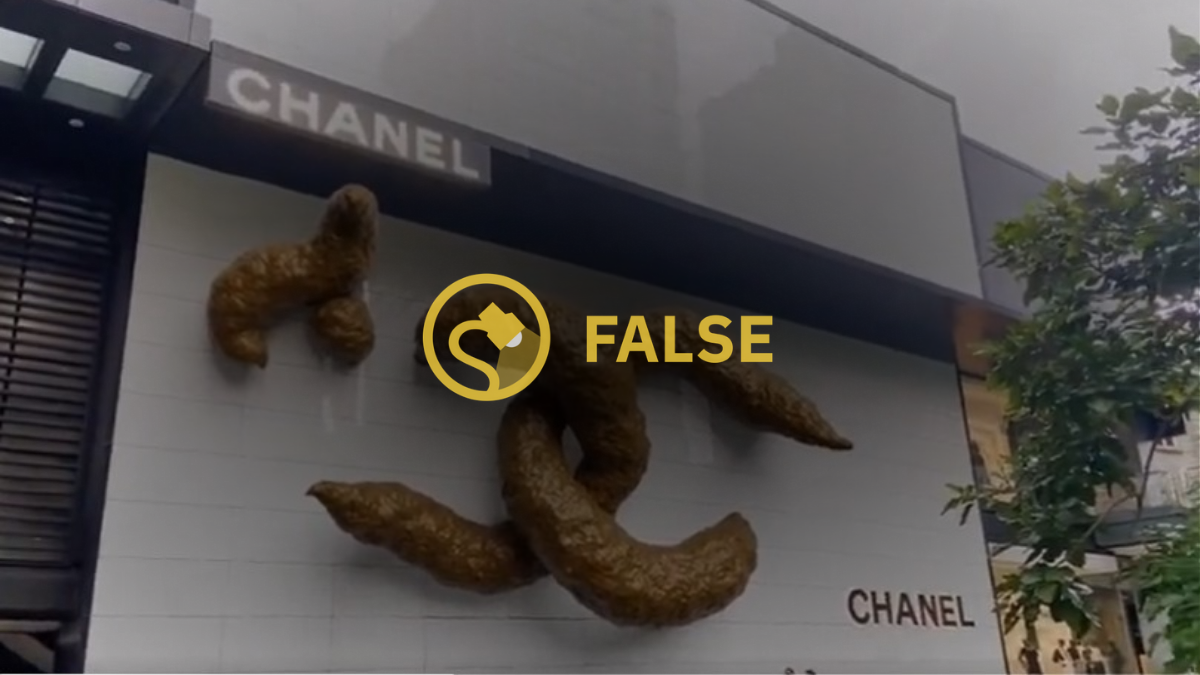 Claim:
A video shows a poop-like display on the side of a Chanel building.
Rating:

In December 2021, a video supposedly showing a poop-like display on the side of a Chanel building went viral on TikTok.

This video, which has been viewed more than 3.7 million times, does not show a genuine display on Chanel's building. This is a digitally altered piece of footage.

This video was created by a TikTok user @increment_exrement. If it isn't obvious by the name, this TikTok user specializes in adding fecal imagery into videos. The video of the Chanel building was originally shared on Nov. 26, 2021, and has been viewed more than 11 million times.

In the comments below this video @increment_excrement noted "It’s not real. Just my artwork. ??." This TikTok user also hints at the nature of the work in the bio, writing that it's all about "building the unreal poop world."

@increment_excrement has made several similar videos, such as this fake fecal display for Dior: