Is a Chameleon Changing Colors as It Climbs Colored Pencils in This Video?

Chameleons do change colors in a big way. 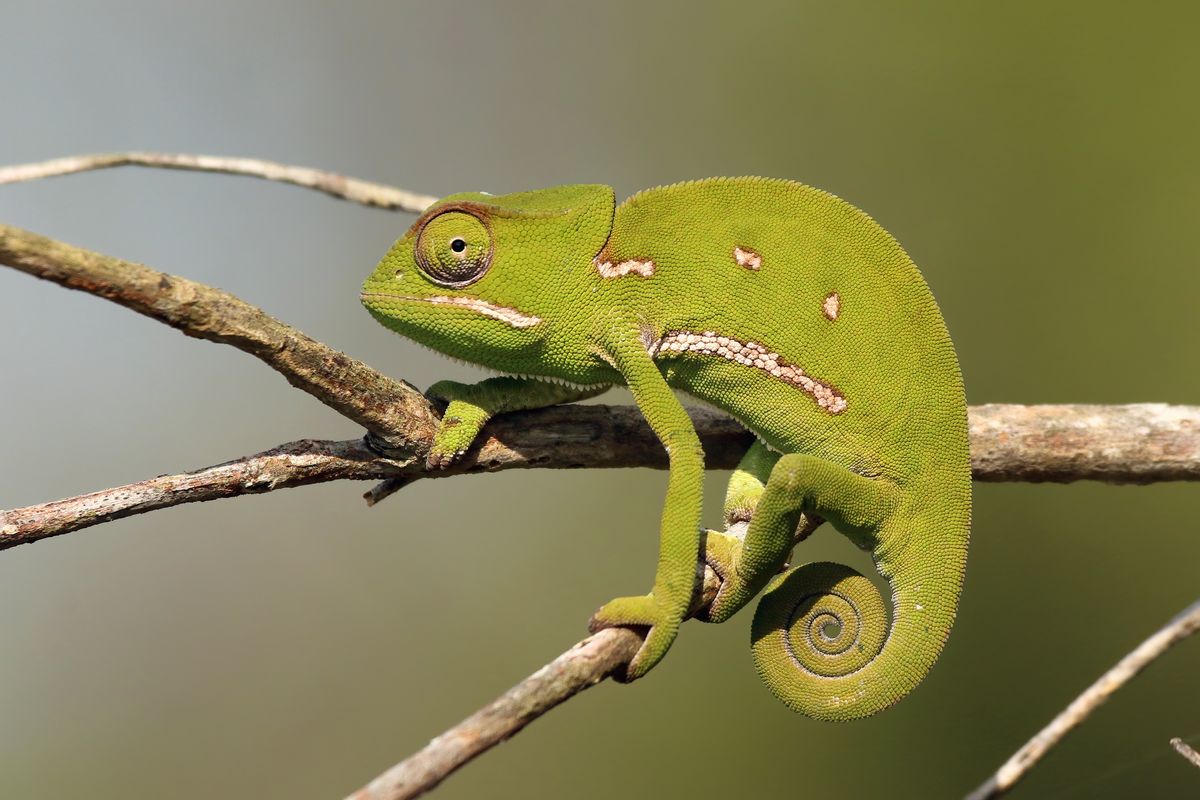 Claim:
A video shows a chameleon quickly changing colors as it climbs a series of connected colored pencils.
Rating:

In mid-November 2020, a video supposedly showing a chameleon rapidly changing colors as it climbed a series of connected colored pencils went viral on social media. One posting of this video on TikTok racked up more than 6 million views:

This is not a genuine video of a chameleon changing colors but a composite video that used digital editing software to change the chameleon's colors.

In the final seconds of this video, a message in Chinese is displayed that loosely translates (via Google) to "this is a composite video." This disclaimer was edited out of some versions of this video that circulated on social media.

The above-displayed video was originally posted by the Instagram account @Pardalischamereon in July 2020. This account, which appears to be dedicated to one person's pet chameleon, also identified this video as a "composite movie" in the original posting. @Pardalischamereon elaborated on this in the comments section, writing that the color changes were made with the software Adobe Premiere Pro. One reason this video may have fooled some viewers is that it plays on a common misconception about chameleons. While many people seem to be under the impression that chameleons change colors based on the surface they are touching, this is not the case.

National Geographic explored this topic in a 2018 article:

Contrary to a widely held belief — bolstered by the likes of Disney’s Tangled, which co-stars a chameleon named Pascal—these enigmatic lizards cannot transform the color of their skin to match any background.

“People believe that if you put a chameleon on chessboard it’s going to hide by taking the same pattern or color, but this is of course is not true,” says Michel Milinkovitch, an evolutionary geneticist at the University of Geneva and an expert on animal skin color.

And videos on YouTube, he says, some of which show the lizards changing colors as they encounter different surfaces or objects, “are completely fake.”

Changing skin color is an important part of communication among chameleons. According to the San Diego Zoo, a chameleon's skin changes colors in response to its emotions, such as anger or fear, changes in light, temperature or humidity.

The brighter the color, the more dominant the male is, and the more attractive he is to females. A submissive male is usually brown or gray. Females use their colors to accept or reject a suitor, and their color can also indicate that she is pregnant.

A new study has found that chameleons can rapidly change color by adjusting special cells, called iridophore cells, in each layer. The chameleons can change the structural arrangement of the upper cell layer by relaxing or exciting the skin, which leads to a change in color, researchers found.