Conspiracy theorists got the details badly wrong in an attempt to link Sayoc with one of President Donald Trump's chief accusers. 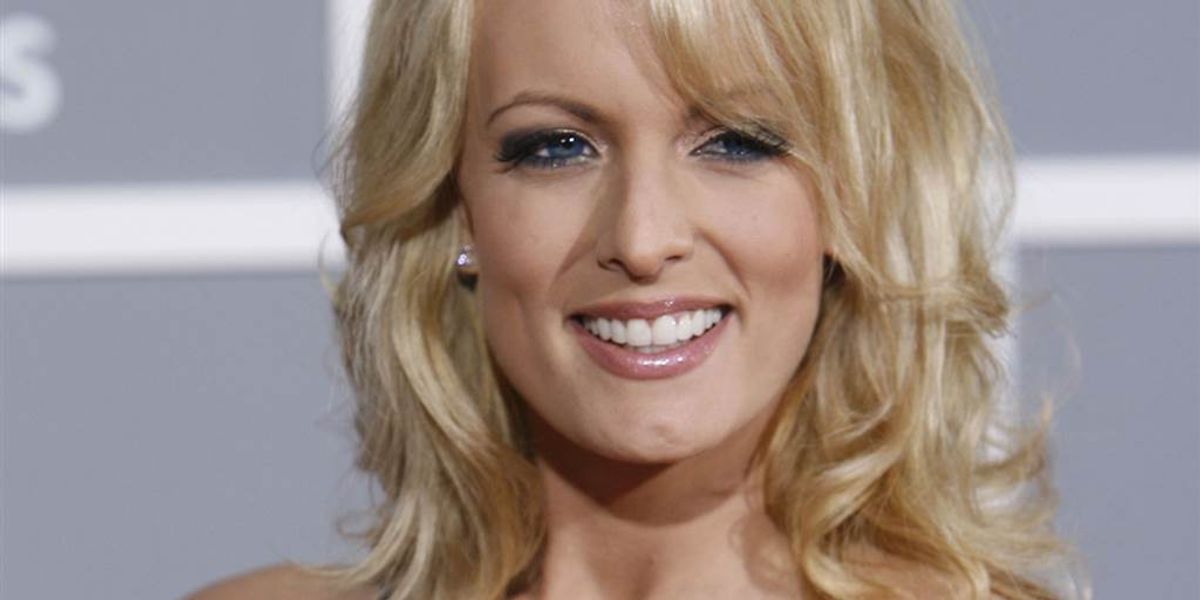 Stormy Daniels performed at the Ultra Lounge strip club in West Palm Peach, Florida, on two days in April 2018. Four and a half months later, Cesar Sayoc began working as a doorman and DJ at the same venue.

Daniels was never employed at the Ultra Lounge, the two days on which she performed there did not overlap with the two months of Sayoc's employment there, and the two of them did not otherwise know each other.

In October 2018, federal authorities arrested a 56-year-old Florida man named Cesar Sayoc in connection with the mailing of a series of explosive devices to high-profile figures within the Democratic party, as well as to liberal financier George Soros and others who have been critical of President Donald Trump.

Before his arrest, Sayoc posted prolifically on social media, sharing right-wing conspiracy theories, attacking figures within the Democratic party or perceived liberals, and demonstrating his fervent support for President Trump by posting pro-Trump memes and photographs of himself in attendance at Trump rallies.

This set of facts prompted a "false flag" conspiracy theory which held that the mail-bombing campaign was a hoax, and that the entire episode had been cynically orchestrated by Democrats or liberals with the aim of stoking outrage against President Trump and his supporters and providing a boost to Democratic candidates in the November 2018 elections.

As putative proof, promoters of the conspiracy theory erroneously pointed to the uncancelled stamps which adorned some of the packages, the fact that postal workers do not directly deliver mail to Secret Service protectees such as former president Barack Obama and former secretary of state Hillary Clinton, a false claim that Sayoc was once a registered Democrat, and a false claim that his encounter with an old college soccer teammate was in fact proof of a liberal conspiracy.

Against this background, yet another strand to the "false flag" conspiracy theory emerged in late October when local news media in Florida investigated Sayoc's personal and professional background, discovering that he had been working at the Ultra Lounge, a strip club in West Palm Beach, prior to his arrest.

Mail bombing suspect Cesar Sayoc worked as a DJ at Ultra Gentleman's Club in West Palm Beach, the same strip club where Trump accuser Stormy Daniels performed in April. WPTV spoke to Ultra manager Stacey Saccal who confirmed that Sayoc worked as a DJ Thursday afternoon, the day before he was arrested in Plantation. She said Sayoc had worked there for two months as a DJ and doorman. Saccal said there had been no complaints about Sayoc from other employees prior to his arrest Friday.

This coincidence, that Sayoc worked at the same Florida strip club where Stormy Daniels had performed in April, then formed the basis of widespread speculation and innuendo which held that the two must have known each other, and therefore this relationship proved or suggested a two-pronged liberal conspiracy to damage the presidency and authority of Donald Trump: First by accusing him of an extramarital sexual relationship, and then by associating him with a campaign of terrorism by one of his supporters.

On 29 October, the conservative web site Townhall reported on the "Ultra Lounge" link, asking: "Is all of this mere coincidence or a coordinated attack against President Trump?"

Townhall subsequently deleted that line from their article and apologized, writing: "A previous version of this post included a sentence that hinted at a baseless conspiracy, falling short of our standards. It has been deleted. We apologize for the error."

The right-wing blogger Kevin Whiteman published a post which expressed heavy skepticism that the link between Sayoc and Daniels (who was born Stephanie Clifford) was anything other than evidence of a conspiracy:

What’s even more far-fetched is the odds against, and I mean astronomical odds, that Sayoc and Daniels know each other. Now I realize that the world of pole-dancers and strip club DJs must be awfully select (sarcasm, off), but this is all just too much to give even the slightest whiff of credibility.

On a personal note, for over two decades I’ve lived in the same neighborhood, but I simply cannot recall one instance of ever randomly bumping into either next-door-neighbor away from our homes.

But I’m suppose to just buy-off that these two just happen to have crossed paths not all that long ago? If so, I have a bridge in Brooklyn I’d like to sell you.

The theory that Sayoc and Daniels must have known each other and therefore that they were part of a liberal conspiracy to damage President Trump is based on a coincidence that is easily explained by something other than a secret plot and is also contradicted by the available evidence.

First, no evidence documents that Sayoc and Daniels knew each other, while some evidence to the contrary exists. Stacy Saccal, general manager of the Ultra Lounge, told WPTV that Sayoc had worked as a DJ and doorman at the strip club in the two months prior to his arrest in late October. This means he began working there at around the end of August 2018.

On the other hand, Stormy Daniels was never employed at the Ultra Lounge but had worked there as a guest performer. According to the venue's social media accounts, Daniels performed just four shows at the Ultra Lounge, across only two days, 13 and 14 April 2018 -- four and a half months before Sayoc began working there.

So Sayoc's two months of employment at the Ultra Lounge did not overlap with the two days upon which Daniels performed there.

Beyond the fact that Daniels performed at the Ultra Lounge four months before Sayoc began working there, none of those claiming or speculating about a conspiracy involving Sayoc and Daniels have presented any other evidence that they knew each other, nor we were able to find any such evidence.

In order to claim, based on the available evidence, that Daniels and Sayoc knew each other well enough to be engaged in what would be a high-risk and likely illegal conspiracy to bring down a sitting U.S. president, one must also claim that everyone who provides a one-off service as a contractor to a particular business is equally closely connected to everyone who begins working at that business some months later.

Even if evidence did exist that Sayoc and Daniels knew each other, there would be a perfectly sensible (blindingly obvious, even) explanation for such a connection: their professional interests overlapped.

The statistical likelihood of any randomly chosen stripper who lives in Texas meeting a randomly chosen strip club doorman and former male stripper in Florida might be relatively low, but it would not not require an elaborate, shadowy political conspiracy for those two individuals to bump into each other.

What the "Sayoc-Daniels" conspiracy theory misses, in this respect, is that statistical improbability is not at all the same thing as implausibility. When one considers how many clubs Stormy Daniels performs at in a given year, one might even say her working the same club as Sayoc (at different times) was more probable than implausible: