A listing for the mail bomb suspect on MyLife.com underwent a series of edits after his arrest in October 2018. 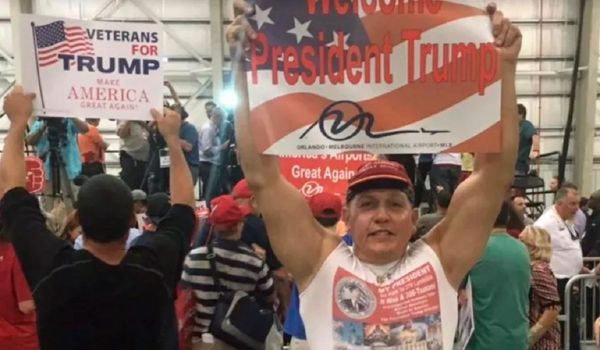 Claim:
A screenshot from MyLife.com confirms that mail bomb suspect Cesar Sayoc was registered as a Democrat.
Rating:

On 26 October 2018, federal authorities arrested a man named Cesar Sayoc in connection with a series of mail bombs that were sent to various Democratic politicians, news organizations, and liberal fundraisers. The intended targets, as well as political stickers on the suspect's van, photographs showing him at rallies for President Trump, social media posts calling for a "Red Wave," and an official Florida voter registration record listing Sayoc as a Republican, indicated that the suspect harbored a definite political affiliation.

As the evidence mounted that Cesar Sayoc was a supporter of President Trump and that he targeted some of the president's biggest foes, some commenters on social media claimed that the media was lying about Sayoc's political affiliations and that the suspected mail bomber was actually a registered Democrat. A screenshot from the web site MyLife.com which listed "Democrat" for Sayoc's political party soon started circulating on social media to back up this theory: This screenshot is real, but it is not evidence that Sayoc was ever registered as a Democrat.

The information on MyLife.com is "gathered from a variety of pubic records," but information on the site can also be edited by users. We couldn't find an archived version of Sayoc's MyLife.com page prior to his arrest, but after his name was released to the public in connection with the mail bombings, his page underwent a series of changes as partisans and internet trolls edited the page to their liking.

In the hours after Sayoc's arrest, a series of edits were made to his MyLife page, many of which reflected various alt-right conspiracy theories. For example, Sayoc was listed as a "lunatic leftist," a DNC FALSE FLAG PATSY, a Scientologist, a Green Card Whisperer, a paid actor, and a "Soros Dick Massager." (It should be noted that Billionaire George Soros, who is frequently invoked by right-wing conspiracy theorists, was also sent a bomb during the wave of mailings.) The suspect's MyLife page also stated that he attended Parkland High School (scene of a previous mass shooting), that he was Jewish, a Scientologist, a Republican, a Democrat, a bootlicker, a classic deplorable, and a terrorist: In other words, Sayoc's MyLife.com page is not "documentation" that he was ever registered a Democrat. The claim that Cesar Sayoc was registered as a Democrat is not based on reliable information. This claim stems from an unofficial record that was briefly posted to an unreliable web site and underwent a series of politically motivated edits in the wake of Sayoc's arrest. Official records show that Sayoc was registered as a Republican in March 2016.

Voter registrations don't always match up with one's current political viewpoint. One could, for instance, be swayed during the course of an election and end up voting for a candidate outside of their listed affiliation. In Sayoc's case, however, he was an active supporter of President Trump and frequently posted on social media about voting for Republicans: