Was an Invention Patented That Used Centrifugal Force in Birth?

The patent granted in 1965 was for a machine that allegedly uses the "gentle" aid of centrifugal force. 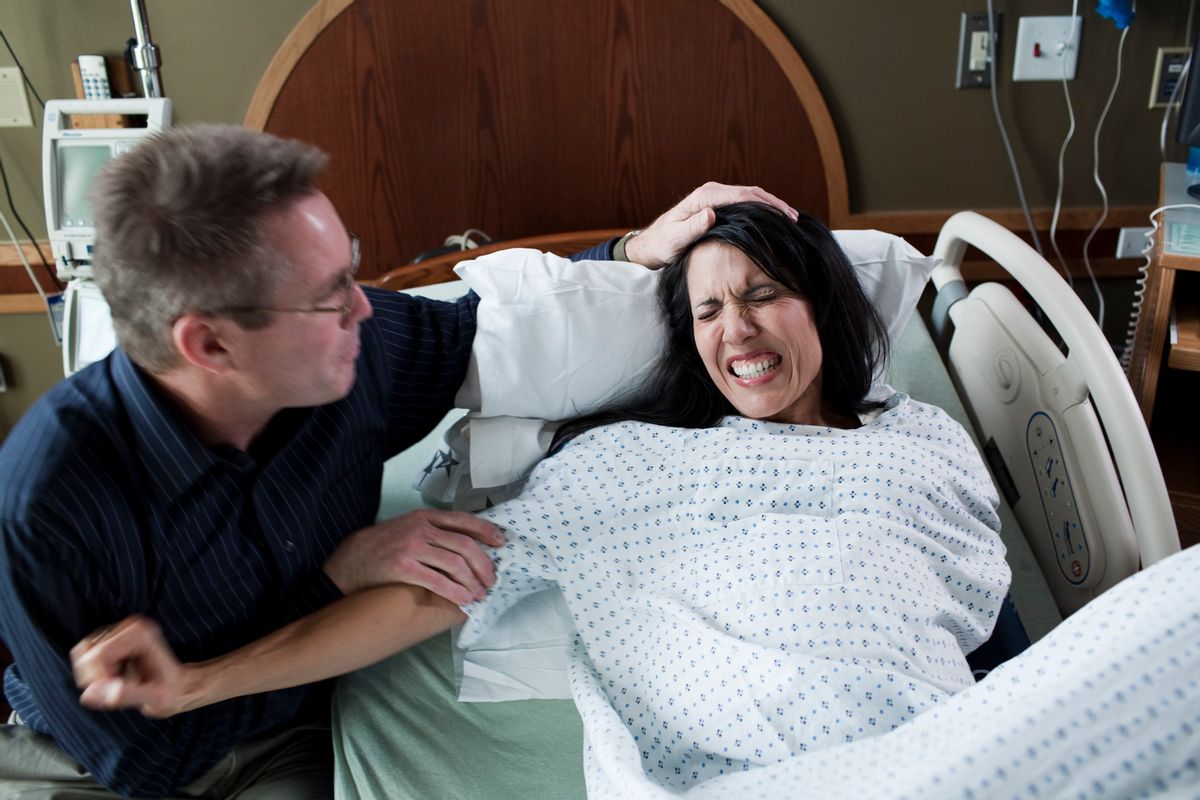 Claim:
An invention was patented that used centrifugal force to aid in childbirth.
Rating:

For several years as of this writing, stories have circulated on the internet about an odd, perhaps comical idea: a machine that spins a woman in circles, thus using centrifugal force to aid in childbirth. For example, in 2011, the feminist blog Jezebel reported:

The sole purpose of the "APPARATUS FOR FACILITATING THE BIRTH OF A CHILD BY CENTRIGUGAL FORCE" (AFFTBOACBCF, perhaps, for short?) is as such:

"to provide an apparatus which will assist the under-equipped woman by creating a gentle, evenly distributed, properly directed, precision-controlled force, that acts in unison with and supplements her own efforts."

GENTLE?! That contraption looks anything but gentle. And who might this machine be meant for?

"In the case of a woman who has a fully developed muscular system and has had ample physical exertion all through the pregnancy, as is common with all more primitive peoples, nature provides all the necessary equipment and power to have a normal and quick delivery. This is not the case, however, with more civilized women who often do not have the opportunity to develop the muscles needed in confinement."

The patent for the machine does in fact exist and can be found by searching the website of the U.S. Patent and Trademark Office. A patent for the so-called "Apparatus for Facilitating the Birth of a Child By Centrifugal Force" was granted to New York residents George and Charlotte Blonsky on Nov. 9, 1965. The purpose of the device was to provide "gentle" aid to a woman in giving birth by swirling her around fast enough to create enough force to help propel the baby out.

A rather not-gentle-looking sketch of a nude woman strapped spread-legged into a large piece of machinery accompanied the patent. However, we found no evidence that this contraption was ever built or put to use.

Jefferson, Whitney. "Can We Interest You in a 'Centrifugal Birthing Machine?'"   Jezebel. 1 June 2011.