"Don't know if this is true but better safe than sorry," one Facebook user posted. 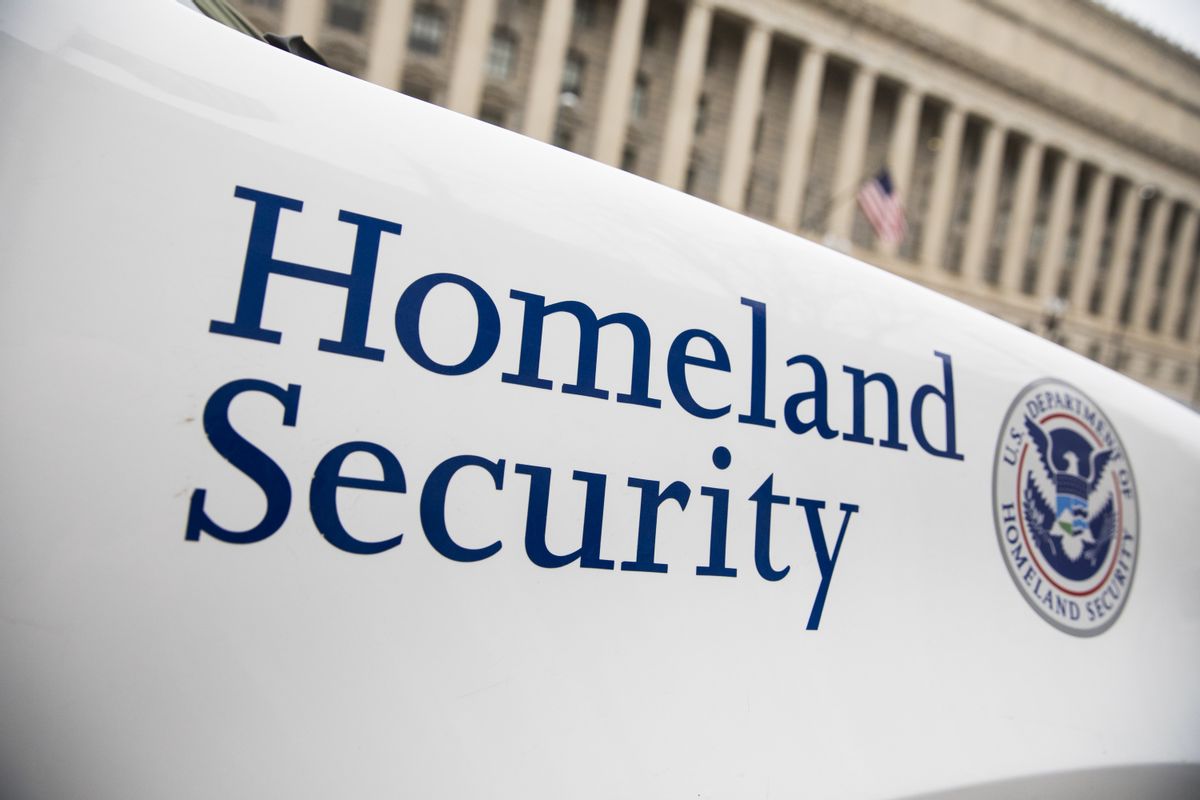 Claim:
Texts and posts were true that said cellphones were being hacked to steal banking information, and that the U.S. Department of Homeland Security had advised U.S. citizens to top off fuel and store up cash and food due to the situation in Ukraine in early 2022.
Rating:

According to The Hill, the U.S. Cybersecurity and Infrastructure Security Agency issued guidance specifically to "federal agencies and large organizations" to prepare in case of a Russian cyberattack. These recommendations to employees of these agencies included keeping fuel topped off and having extra food, cash, and other supplies ready as part of a "personal and professional preparedness" plan.

However, it was false to imply that this guidance was issued for everyone in the U.S. Some Facebook users took the information meant for government employees and workers at large organizations and repackaged it into scary-sounding posts, as if the recommendations were meant for all Americans.

In late March 2022, we looked into two viral and false Facebook posts that were copied and pasted by countless users. One of the posts, which was also purportedly received as a text message alert, claimed that "cellphones are being hacked" to steal banking information. The misleading copypasta post said that the U.S. Department of Homeland Security warned U.S. citizens to "keep your fuel topped off," to gather cash and food, and to plan for the uncertainties surrounding the potential global impact of Russia's invasion of Ukraine.

'Cellphones Are Being Hacked'

The first message appeared to warn of a potential Russian cyberattack and read as follows:

FYI
"Please be aware,
Just received this:
ALERT
Cellphones Are Being Hacked!
You Get Called And Get Asked If You've Been Vaccinated Or Not. Then You're Told To Press 1 Or 2 As An Answer And Boom All Your Banking Information Is Accessed. People Are Loosing Money. Please Alert Them Not To Respond!
Also, homeland security says because of what's going on with Ukraine, keep your fuel topped off and store up some cash in case ATMs get hacked and credit card systems are unavailable. We know it's possible since the fuel lines were hacked once before recently. So glad God provides for his own. Just do our part and keep praying. PASS it on"

The second viral message did not mention cellphones but did keep the Homeland Security part. It added lines about keeping "basic food," "emergency preparedness supplies," and a "family emergency plan" all ready to go:

SHARING…
#ShareThis: Received this as a text this morning…. From the Office of Homeland Security that encouraged us to take the following precautions:
- Have basic food and emergency preparedness supplies available.
- Have some cash on-hand in case ATM's or credit card readers are unavailable.
- Do not allow your vehicles to get low on fuel.
- Ensure that you have a family emergency plan.
They said, "we have no information to suggest a specific credible cyber threat against the US Homeland", but stressed "it is our responsibility to be prepared" because "Russia has significant offensive cyber capabilities". They said "we are mindful of the potential for the Russian government to consider escalating its destabilizing actions in ways that may impact others outside of Ukraine." ?Pass on

There's some truth to these two viral posts. At the same time, they're also quite misleading. We've been publishing debunkings of similarly scary-sounding yet harmless Facebook posts for many years.

As for the first post, we found no evidence that pressing a single digit on a mobile phone after receiving a call could release "all your banking information" to be "hacked" and stolen. Such a result, if it happened, would amount to some kind of fantasy or magic that doesn't have a possibility of happening in reality. As for the U.S. Department of Homeland Security claims in both posts, these also were fairly misleading. Homeland Security did not issue a memo or any guidance to all U.S. citizens to "keep your fuel topped off" or to "store up some cash" due to the war in Ukraine. The quotes at the end of the second post came from an interview with U.S. Homeland Security Secretary Alejandro Mayorkas and a letter from the U.S. Cybersecurity and Infrastructure Security Agency (CISA).

The Hill reported that this guidance for federal employees and workers at organizations did include keeping fuel topped off and having extra food, cash, and other supplies ready as part of a "personal and professional preparedness" plan. However, again, this wasn't meant for all U.S. citizens.

On the website Ready.gov, which is officially operated by Homeland Security, the department published a page for all citizens about how to be prepared for a cyberattack. Nowhere on the page did it say anything about storing up "basic food," "emergency preparedness supplies," or a "family emergency plan." (Some of these components are mentioned for other disasters such as the event of a nuclear explosion, however.)

KHOU previously published a debunking of the first viral post that mentioned, "cellphones are being hacked." The outlet reported that it had received the following statement from a spokesperson for the department: "The Department of Homeland Security did not send this text message alert."

We reached out to the department to independently confirm the statement sent to KHOU and to find out if it had anything else to add. This story will be updated if we receive further information.

Byrnes, Jesse. “Cyber Officials Urge Agencies to Armor up for Potential Russian Attacks.” The Hill, 26 Feb. 2022, https://thehill.com/policy/international/russia/595945-cyber-officials-urge-federal-agencies-to-armor-up-for-potential.
Pereira, Ivan, and Luke Barr. “Shields up: How a Possible Cyberattack Could Affect Americans and How to Prepare.” ABC News, 25 Feb. 2022, https://abcnews.go.com/International/shields-cyberattack-affect-americans-prepare/story?id=83085211.
Ready.gov. https://www.ready.gov/cybersecurity.
Shields Up | CISA. https://www.cisa.gov/shields-up.
“VERIFY: No, Homeland Security Is Not Telling People to Stock up on Gas and Cash.” KHOU.com, 3 Mar. 2022, https://www.khou.com/article/news/verify/verify-homeland-security-not-telling-people-to-stock-up-on-gas/285-3c662e96-50b6-442a-ad9b-69a5229a8ae3.