Did Celine Dion Say 'I Can't Even Look at an American Flag' Because 'I Hate This Country?' 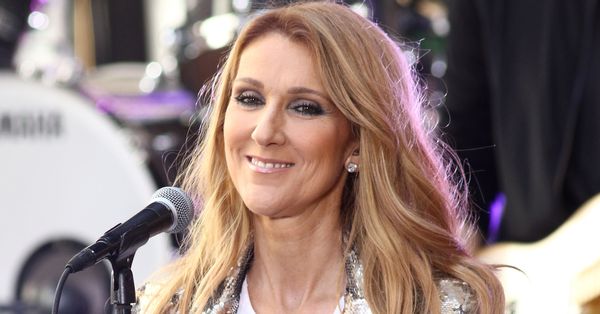 Claim:
Singer Celine Dion said that she can't even look at an American flag because she hates the country.
Rating:

An image featuring two quotes purportedly uttered by singers Celine Dion and Loretta Lynn concerning their opposing views of the United States of America was circulated on social media in September 2017: "I can't even look at an American flag any more, I hate this country." Singer Celine Dion.

"You don't deserve to be American, You're not Patriot, Patriots love their country, Flag, President and People." Singer Loretta Lynn.

These quotes are as real as they are grammatically correct -- which is to say, not at all.

This rumor originated on a clickbait web site (with an apparent vendetta against Dion) called USADailyNewsPosts.com. The fake Dion quote originally appeared in a 1 September 2017 post that consisted solely of an image of the Canadian singer, the inaccurate quote, and a question: Over the next 7 days, USADailyNewsPosts.com concocted a make believe controversy involving flag burnings, talk show appearances, America-hating celebrities, and patriotic country singers. Loretta Lynn was the first to be dragged into this fictional foray when the web site published an post (again, consisting solely of an image and a fake quote) claiming that the country singer had criticized Dion for disrespecting the flag. With ideas in short supply, or possibly in an attempt to see if another singer would prove to be a more reliable source of traffic, the web site then placed this exact fictional phrase in the mouth of singer Cher:

Lynn's (or Cher's) rebuttal to Dion's comment set off a series of imaginary events involving Katy Perry, Cyndi Lauper, Ellen Degeneres, Reba McEntire and President Trump. The following image contains a selection of articles from this fake news series (click to enlarge) and is accompanied by our attempt to summarize this bizarre fantasy: Summary: Celine Dion insults the American flag. Loretta Lynn (or Cher) calls her unpatriotic. This leads to Dion burning the American flag on stage. At this point the web site takes a poll to see if readers would support President Trump if he decided to deport Dion. This causes Katy Perry to voice her support of Dion, while the Canadian singer expresses remorse. It doesn't last long, however, as Dion goes onto the Ellen Degeneres show to burn another flag. Cyndi Lauper joins team flag burner and Reba McEntire joins the anti-Dions. The Canadian singer is again threatened with deportation, but instead of apologizing, Dion calls Donald Trump sexist.

The last entry (at the time of this writing) showcases a fake quote from Cher in which she tells Dion to go back to Canada. Coincidentally, it is the same quote that Reba McEntire allegedly said a few articles prior.

A feud of this magnitude would certainly warrant coverage by newspapers, or, at the very least, gossip magazines. Yet, we found no record of this invented controversy in any credible publication. All the quotes are fake and USADailyNewsPosts.com is not a credible source of information.