Did the CDC Recall PCR COVID-19 Tests Because They ‘Failed Full Review’?

Social media posts alleged the tests were revoked after receiving the “most serious type of recall.” 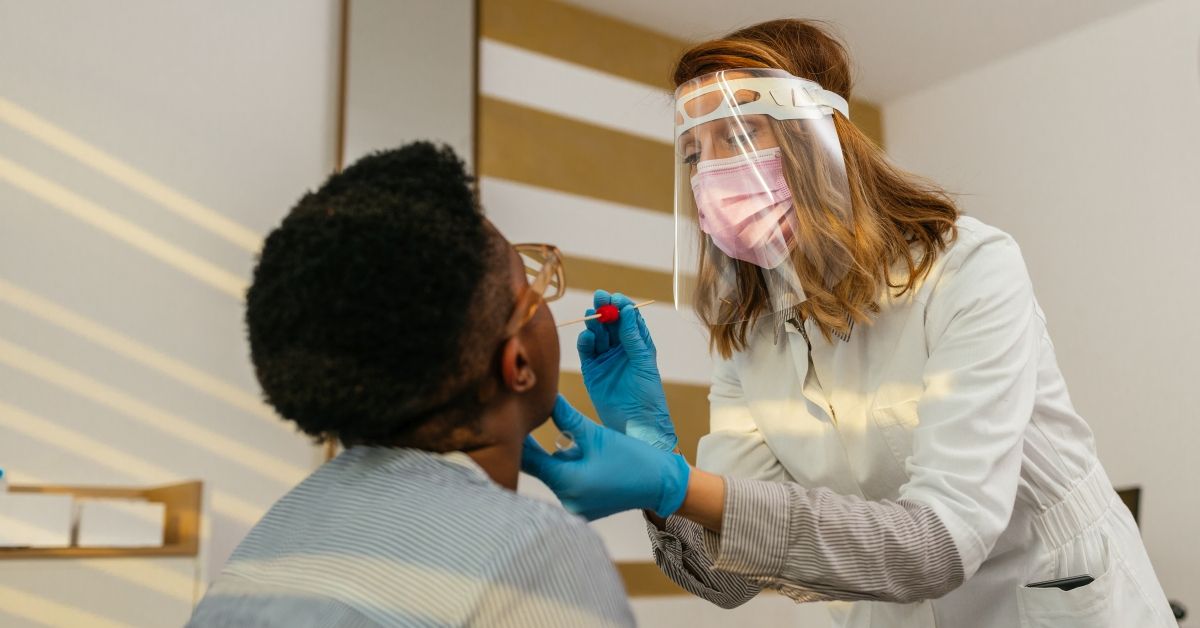 Claim:
The FDA announced that the CDC's PCR test for COVID-19 “failed its full review” because it is "unable to differentiate between COVID and flu," resulting in the diagnostic tool’s emergency use authorization (EUA) being revoked under a Class 1 recall.
Rating:

While it is true that the CDC withdrew its emergency use authorization request for one of the agency’s issued RT-PCR COVID-19 tests, it is false to say it "failed its full review" and false to say that it was withdrawn because the test couldn’t differentiate between SARS-CoV-2 and influenza viruses. In fact, the agency had simply put forth a new EUA request for a diagnostic that could simultaneously detect SARS-CoV-2 and influenza A and B viruses, making it a more efficient choice ahead of the U.S. flu season.

On July 21, 2021, the Centers for Disease Control and Prevention (CDC) issued a lab alert announcing that it planned to withdraw its request for emergency use authorization (EUA) for its real-time reverse transcription-polymerase chain reaction (RT-PCR) diagnostic panel used to detect SARS-CoV-2, the coronavirus responsible for COVID-19. The test was created by the agency in 2020 in response to the pandemic.

In the week that followed the agency’s announcement, social media posts misconstrued the reasoning behind the agency’s decision and used confusing language to not only imply that all RT-PCR tests would be withdrawn from the market, but that it was because the tests "failed to differentiate between SARS-CoV-2 and influenza viruses," among other reasons.

Snopes readers sent us social media posts like the ones below: To be clear, the CDC announced that it would be withdrawing its EUA for only the agency's 2019-Novel Coronavirus Real-Time RT-PCR by Dec. 31 — but a number of other PCR tests made by other agencies and companies were still slated to be on the market after that date, as of this writing. Furthermore, the CDC issuance was not made because the agency’s tests couldn’t differentiate between SARS-CoV-2 and influenza viruses (they can, obviously, or the tests wouldn't work), but rather because the CDC recommended moving toward authorizing tests that can detect both COVID-19 infection and influenza viruses.

“Such assays can facilitate continued testing for both influenza and SARS-CoV-2 and can save both time and resources as we head into influenza season,” wrote the CDC.

A look at the 251 authorized molecular diagnostic tests authorized by the U.S. Food and Drug Administration (FDA) revealed that the CDC listed two RT-PCR tests: the above-mentioned diagnostic panel and a second known as the “Influenza SARS-CoV-2 (Flu SC2) Multiple Assay.” The latter, which was issued a EUA on July 2, is what is known as a nucleic acid test intended to simultaneously detect influenza A and B viruses as well as SARS-CoV-2.

While it is true that the CDC withdrew its EUA request for one of the agency’s issued RT-PCR tests created in 2020, it is false to say that it was because it couldn’t differentiate between SARS-CoV-2 and influenza viruses (it can). In fact, the agency had simply put forth an EUA request for a diagnostic that could simultaneously detect SARS-CoV-2 and influenza A and B viruses, making it a more efficient choice ahead of the U.S. flu season. As such, we rate this claim as false.

A PCR is a laboratory method used to make many copies of a specific piece of DNA from a sample, according to the National Institutes of Health. An RT-PCR test takes samples of the SARS-CoV-2 virus that live in the upper respiratory system by swabbing a person’s nasal cavity — but similar methods can also detect influenza viruses.

In response to the COVID-19 pandemic, the FDA issued more than 250 EUAs for individual tests that met certain conditions, from real-time PCR to home collection kits. Some of these were made to screen asymptomatic individuals, while others required a prescription. A spokesperson for the FDA told Snopes that it was important to note the difference between “authorized” tests that receive a EUA  and those that are “approved,” the latter signifying a different level of review with the FDA. An EUA allows the regulatory agency to temporarily authorize unapproved medical products to be used in an emergency — in this case, to diagnose COVID-19 in response to the global pandemic. Approved devices, on the other hand, require a much more rigorous standard of multi-level approval that can take years to attain.

But the CDC test is not to be confused with other COVID-19 diagnostic tests that have been recalled in 2021. And to untangle the many iterations of recalls and withdrawals that Snopes readers have sent our team, we dug through the 34 medical device recalls issued this year. Three were SARS-CoV-2 diagnostic tools.

Each of the below COVID-19 tests received a Class 1 recall, which is indeed considered the most serious type of recall because the “use of these devices may cause serious injuries or death.” But let’s be clear: Any perceived injury is not from direct use of the device, but rather because of the greater risk an inaccurate test result may pose.

“False-negative results may lead to delayed diagnosis or inappropriate treatment of SARS-CoV-2 that may cause patient harm, serious illness, and death. False-negative results can also lead to further spread of the SARS-CoV-2 virus, when presumed negative patients are introduced into groups within health care, long-term care, or other similar facilities,” noted the FDA in the recall notice. Quidel received five complaints but no reports of injuries or death from the issue.

On June 10, the FDA recommended healthcare providers stop using Innova Medical Group’s SARS-CoV-2 antigen rapid qualitative test. The test claimed to determine whether a person had an active COVID-19 infection by using a nasal swab sample and test strip to detect specific proteins from the virus known as antigens. If the nasal sample had SARS-CoV-2 antigens then a colored test line should have appeared on the test strip to indicate that the person was infected.

Innova Medical Group also issued a recall on April 23 because the test wasn’t as accurate as its label claimed to be. Some tests were giving false-negative results, which would again lead to delayed diagnosis or the further spread of the virus. But some tests were also providing false positives that in some cases could lead to being treated for COVID-19 when in fact they were experiencing another illness that required a different course of treatment.

On May 28, Lepu Medical Technology recalled its SARS-CoV-2 antigen rapid test kit, which again looks for antigens, as well as the Leccurate SARS-CoV-2 antibody rapid test kit. The antibody test used serum, plasma, or blood samples to detect antibodies in a person’s immune system that were produced in response to SARS-CoV-2. This test was not used to diagnose an active infection but rather to determine if someone had been infected by the virus. Both recalls were issued on the grounds that they likely posed a risk of false results.

As of mid-July, there were hundreds of COVID-19 diagnostic tests still authorized by the U.S. FDA — none of which were thought to pose a risk directly because of their use. The CDC continued to recommend that individuals get tested if they were experiencing symptoms of or had been in close contact with someone who had recently been diagnosed with COVID-19

Update [July 30, 2021]: Updated to clarify the name of the test for which the EUA request was withdrawn.

Update [Aug. 1, 2021]: Updated to clarify that the claim that the test for which the EUA request was withdrawn "failed to differentiate" between COVID and influenza viruses.