Did CDC Say 'It's Gay to Smoke' in This Video?

The video was viewed more times on TikTok in a week than on YouTube in 10 years. 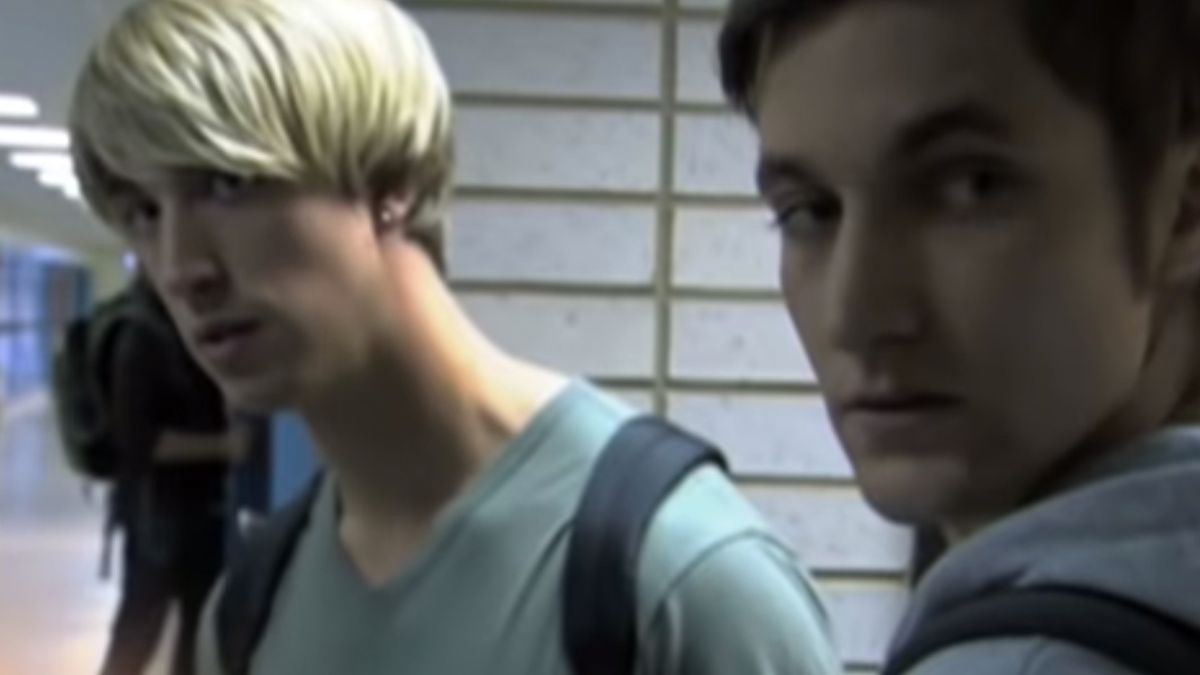 Claim:
The CDC released a video that said, "It's gay to smoke."
Rating:

In mid-April 2021, a TikTok video purported to show an anti-smoking PSA that said, "It's gay to smoke." The end of the clip claimed: "Brought to you by the U.S. Centers for Disease Control and Prevention."

"Show me an advertisement that wouldn't be acceptable today," began the TikTok video. It then showed a camera pointed at a screen that played the "It's gay to smoke" clip.

In the purported PSA, two teenage boys smile at each other in a school hallway. They walk toward each other and almost touch faces. The two then back into a bathroom doorway and look to make sure no one else is around.

One of the boys whispers in the other's ear. With their hands close to one another, the boy who whispered pulls cigarettes out of his pocket. The two then walk into the bathroom.

"Are they smoking, or are they gay?" asks the voice-over. The end of the TikTok video.

The words "It's gay to smoke" are followed by the mention of the CDC.

This was not a genuine public service announcement (PSA) from the Centers for Disease Control and Prevention (CDC).

The TikTok user pointed a camera at a screen to show the clip. He or she appeared to be careful to not reveal that it was playing a video in full-screen view from The Onion's YouTube channel.

In other words, since The Onion is a satirical publication, the PSA originated as satire.

The original video showed the "Today Now!" logo in the bottom-left corner. This logo wasn't shown in the TikTok video because someone had pointed a camera close to a screen to record it.

In sum, the purported CDC PSA that claimed "it's gay to smoke" originated as satire from The Onion.