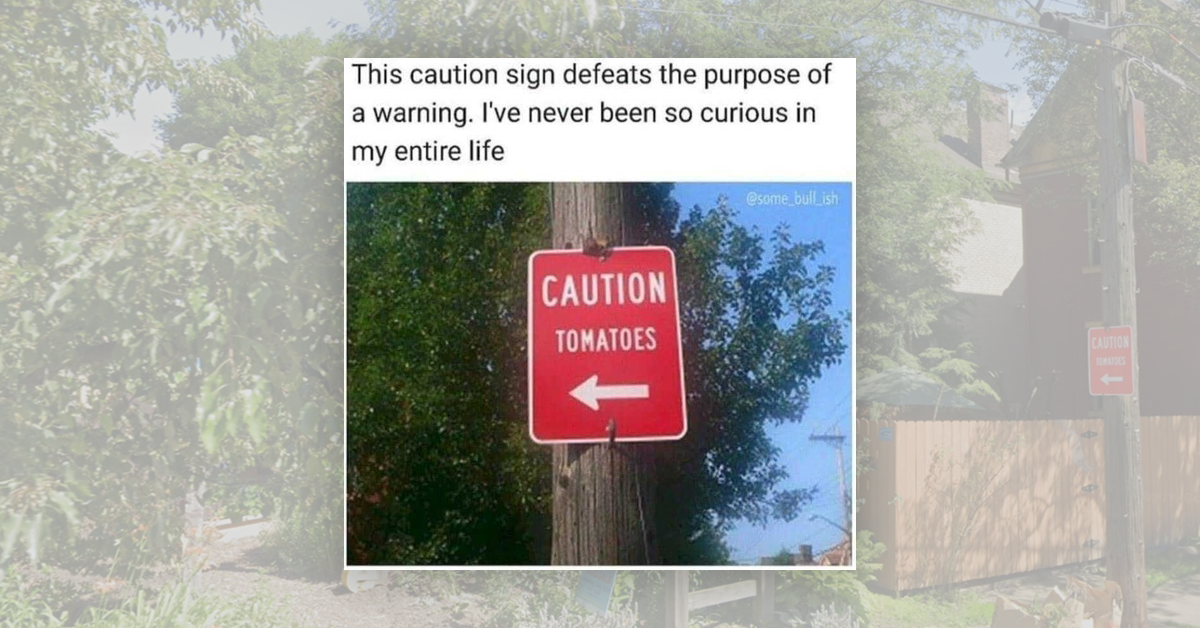 Claim:
A photograph shows a sign that reads "Caution: Tomatoes" with an arrow pointing to the left.
Rating:

For years, lists of off-beat, silly, or unnecessary signs have often included a picture of a sign that reads "Caution Tomatoes." The image also frequently appears in similarly-themed memes: The sign is real, and it advertises a community garden in Friendship, PA, named "The Octopus Garden." Owner Kristin Hughes, who bought the land on which the garden sits after an apartment building on that lot was destroyed by a fire. Hughes told Pittsburgh public radio station WESA in 2017 that "I really wanted to create something where people understand how important it is to connect with nature and also understand how easy it is to grow your own food."

A Google street view of the location in broader context shows that the sign was still in place as of 2019: