The feline was carved into a slope by ancient South Americans before the arrival of Europeans in Latin America. 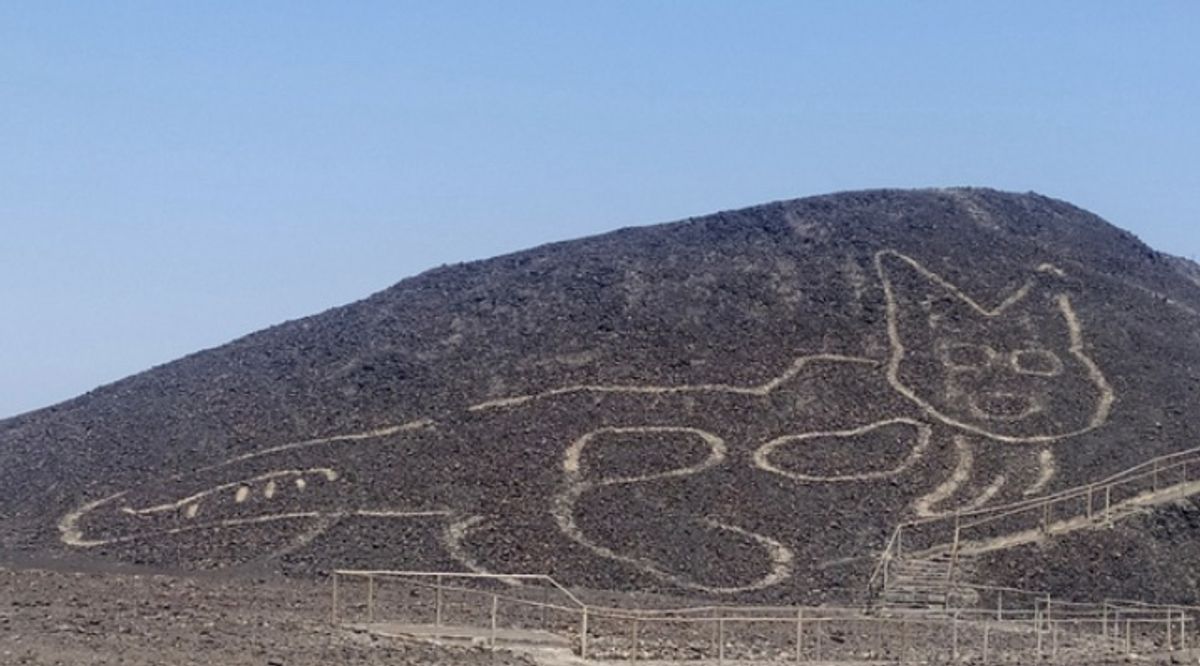 In October 2020, the Peruvian government announced the discovery of a massive drawing of a cat among the famed Nasca Lines in Peru. The cat was carved into a hillside and was found during remodeling work on an observation platform nearby.

Peru's Ministerio de Cultura (Ministry of Culture) stated the cat was barely visible and was about to disappear due to natural erosion and because it was carved on a steep slope.

The drawing is 37 meters long and is estimated to have been created between 200 to 100 years B.C.E.

UNESCO has designated the geoglyphs of Nasca and Palpa a World Heritage Site, noting:

These lines, which were scratched on the surface of the ground between 500 B.C. and A.D. 500, are among archaeology's greatest enigmas because of their quantity, nature, size and continuity. The geoglyphs depict living creatures, stylized plants and imaginary beings, as well as geometric figures several kilometres long. They are believed to have had ritual astronomical functions.

According to a release issued by Peru's Ministry of Culture, the geoglyphs represent the "creative genius of ancient American settlers, and to the unique concepts and forms of religious expression that they developed throughout their history."