Did Cars Melt in Saudi Arabia or Kuwait Due to a Heat Wave?

Images showing "melted" cars in are real, but the extreme heat came from a nearby construction fire, not the sun. 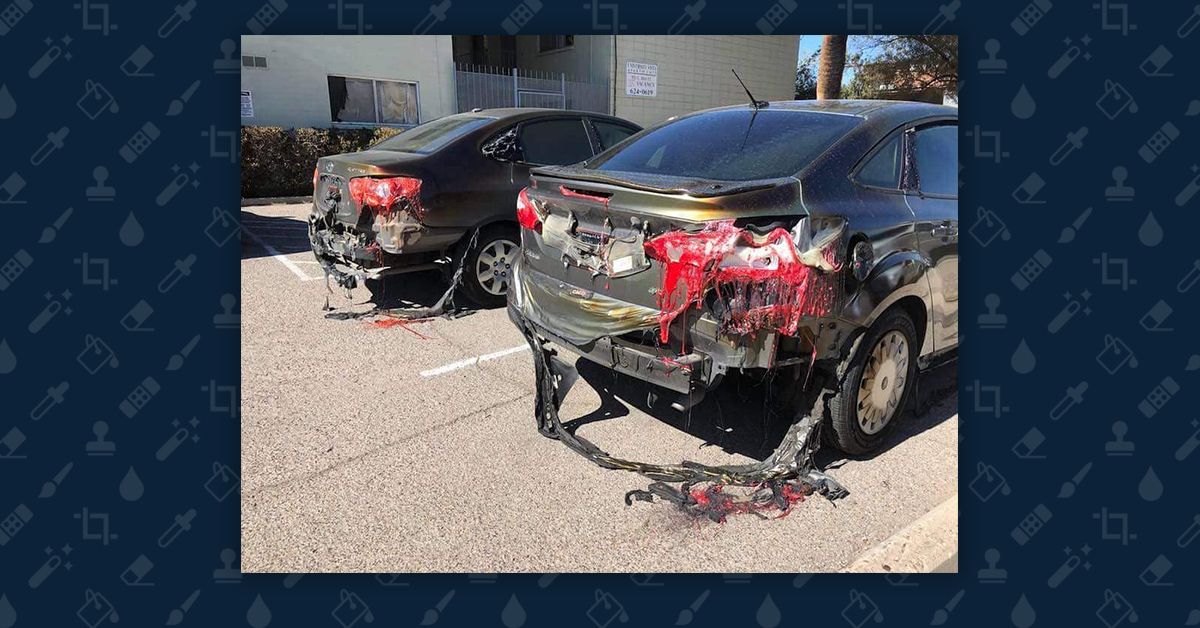 Claim:
Photographs show cars that started to "melt" due to extremely hot weather in Saudi Arabia or Kuwait.
Rating:

As a heat wave engulfed parts of the United States in the summer of 2018, a photograph purportedly showing cars that had melted in Arizona due to the extreme weather started making the rounds on social media: A report from "The Round," a publication based in the UK (which was experiencing its own heat wave at the time), also presented the image as if the pictured cars had melted due to extreme temperatures:

The heatwave in the UK has got plenty of people talking as temperatures hit 30°C over the weekend.

But in the state of Arizona in the US, the heat hit astonishing levels. This week weather forecasts suggest that the state will have temperatures of 44°C.

It’s been so hot in fact, that cars have actually started melting!

The same photograph was later circulated with claims that it pictured automobiles which had melted from extreme hot weather conditions in Saudi Arabia or Kuwait:

On Saturday kuwait recorded the highest temperature in the world.

In Saudi Arabia, the mercury rose to 55 degrees Celsius in Al Majmaah at noon.

The photograph is real, but the pictured vehicles did not melt due to extremely hot weather in Arizona (or anywhere else). The damage was caused by a fire at a nearby construction site.

Tuscon News Now reported that the fire broke out at a work site near the University Vista apartments at the University of Arizona on the morning of 19 June 2018. In addition to the two pictured vehicles, at least a dozen more cars were damaged by the blaze:

A fire so hot and bright, it lit up the morning sky.

That's what one student saw across the street from the construction site fire early Tuesday morning, June 19.

It was too late though, the fire was so hot and dangerous that he was not able to get to it in time.

His car was one of a dozen cars that had damage from the fire. According to Danny, the back bumper and his car cover melted from the intense heat.

This is his only car and right now and doesn’t know what he will do next.

We have not yet been able to determine who took this viral photograph, although a series of images from Tucson's Kold News 13 appears to show the same melted vehicles. Here's a comparison of the vehicle in the background of the viral photo (right) with an image taken by the local news station (left):