The flower-crowned Big Cat Rescue owner has long been the target of macabre but unfounded rumors about the disappearance of Lewis. 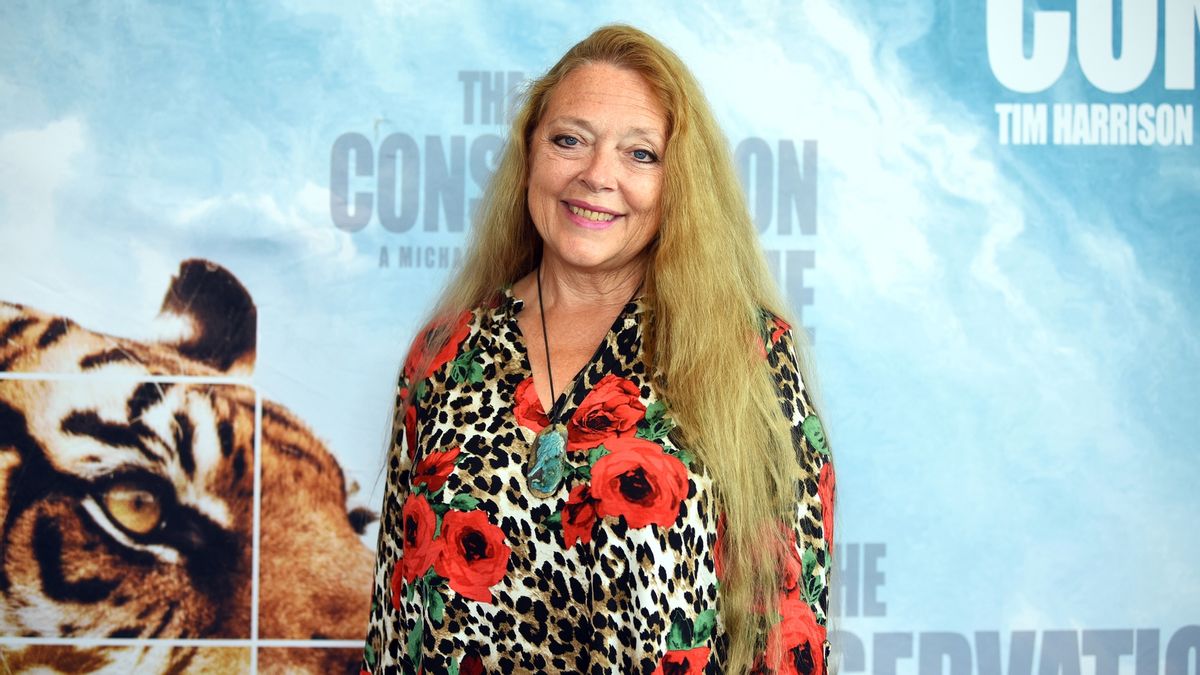 Carole Baskin, founder of Big Cat Rescue in Florida, rose to dubious fame after being featured in the Netflix series "Tiger King." Baskin was the victim of a murder-for-hire plot by the series' namesake, Joe "Exotic" Maldonado. But since the show aired in 2020, Baskin has been widely and baselessly accused of murdering her former husband, who disappeared without leaving a trace in 1997.

The accusations against Baskin were outlandish: Did she murder her rich husband Don Lewis, grind up his remains, and feed him to the lions, tigers, and other big cats housed at her rescue in Tampa? Baskin has never been formally accused of the crime, and has maintained that such accusations against her have no basis in fact.

In January 2023, news stories and social media posts went viral that stated evidence has come to light that Lewis was, in fact, still alive.

We will explain what we know, and don't know, below.

The release of the first season of "Tiger King" coincided with the start of the COVID-19 pandemic lockdowns, airing in March and April of 2020, a fact that no doubt explained, at least in part, why the show became a cultural phenomenon. People stuck at home with little to do turned to the show and its salacious story for entertainment and escapism.

That first, widely-viewed season of "Tiger King" revolved around Maldonado's imprisonment resulting from his conviction on federal charges for plotting to have Baskin murdered. Maldonado (also known as the "Tiger King") owned a zoo and collected big cats such as tigers. Baskin accused him and other such animal keepers of cruelty, and Maldonado formed a venomous hatred toward her.

Aside from the murder-for-hire plot against Baskin, Maldonado admitted to killing five tigers, shooting them dead to make room for more. He was also accused by a former producer of promising an elderly woman that he would care for her aging horse, but as soon as she was out of sight, he instead killed it and fed it to his tigers. Despite this track record of violence, the show prompted people to sympathize with him and advocate for his release from prison. The show also, meanwhile, painted Baskin in a negative light, and some accused Baskin of murdering her missing husband.

Generally speaking, the show's millions of viewers came away with the understanding that Lewis had disappeared and has remained missing under suspicious circumstances that many of them felt implicated Baskin in his murder.

On Jan. 18, 2023, the fashion and culture magazine Cosmopolitan published a story with the following headline and subhead: "So, it turns out Carole Baskin's 'dead' husband has been found alive and well... And we all missed it!"

The source for this assertion was a statement Baskin made in a Nov. 18, 2021, interview on the British television program "This Morning." In the interview, Baskin stated: "One of the really exciting things that came out of 'Tiger King [season] 2' is that they produced a letter from [the U.S. Department of] Homeland Security, and it says that a special agent in charge with the FBI at Homeland Security reached out to the sheriff's detective Jorge Fernandez... and they said that my husband Don Lewis is alive and well in Costa Rica."

Celebrity news and gossip site TMZ published a screenshot from the series of the letter that allegedly came from DHS. It's blurry, but if you zoom in on it, you can see the phrase "Don Lewis is currently alive and well in Costa Rica." It doesn't state when the letter was sent.

We reached out to DHS asking if the agency was able to verify the letter as seen in the series, or the information it contained stating that Lewis was, at the time of its writing, "alive and well in Costa Rica." We haven't yet received a response, but will update this article when and if we do. The agency was formed in 2002, the same year Lewis was declared legally dead.

It's unclear why this allegation about Lewis' whereabouts went viral in mid-January 2023, other than perhaps someone noticed that the general public had overlooked this potentially explosive information, mentioned in passing on a British morning talk show. The New York Post credited a viral Jan. 17, 2023, tweet for surfacing the tidbit. The tweet, as of this writing, as been viewed nearly 2 million times on the Twitter platform alone.

We have been unable, as of this writing, to independently verify whether the DHS letter is authentic, or whether Lewis is alive or dead, or was still alive at some point after his disappearance. We will update this story if further information comes to light.