The remark in question appeared in a meme on the Occupy Democrats Facebook page. 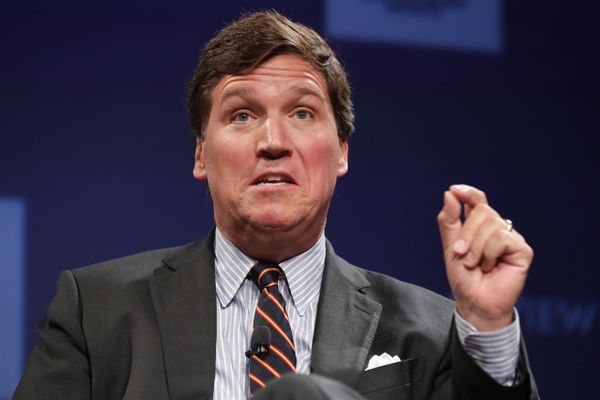 On April 19, 2021, a meme on the Occupy Democrats Facebook page appeared about Fox News opinion personality Tucker Carlson. Carlson purportedly claimed that the media was "lynching" Derek Chauvin while he was on trial for the murder of George Floyd. On the next day, Chauvin was convicted of murder and manslaughter charges.

The meme in question read: "BREAKING NEWS: Tucker Carlson just said on Fox 'News' that the media and liberals are 'LYNCHING' Derek Chauvin. WHAT DO YOU SAY TO THIS SHAMELESS MORON?"

It's true that in remarks critical of the news media's coverage of the closing arguments of the trial, Carlson equated their treatment of the Chauvin case with a "lynching."

Carlson's remarks can be heard in this video from the April 19 broadcast of "Tucker Carlson Tonight":

Closing arguments in [former] officer Derek Chauvin's murder trial just concluded in the state of Minnesota. Now Americans have heard quite a bit about George Floyd over the last year and formed their own opinions. But most still cannot say with any specificity just how he died, and that's of course the essence of the whole story, how he died.

So the closing arguments are a chance to assess actual evidence in the case, and you would think that'd be good news. More facts, which we could always use. But no, said the media. Facts no longer matter, not when BLM's founding myth is at stake. Evidence only counts in countries that have due process, something that they are now telling us is an ugly relic of institutional racism.

When unpopular people seem guilty, you just go ahead and punish them. That's the new rule. Years ago we called this lynching. Now we call it equity.

In sum, although it was not a direct quote, the Occupy Democrats meme accurately captured the meaning and intent behind Carlson's comment about lynching.