Did Trump Ally Carl Paladino Say Michelle Obama Should Go Live in a Cave with a Gorilla? 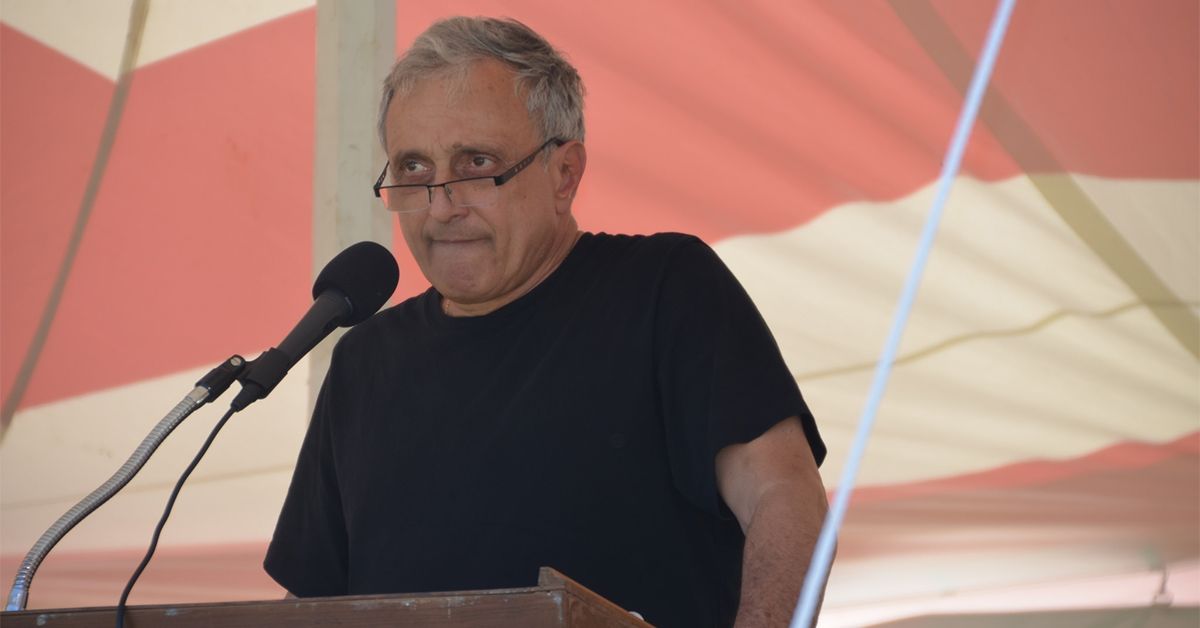 On 23 December 2016, the New York arts and entertainment magazine Artvoice published a year-end feature consisting of four questions asked of prominent New Yorkers about their hopes for the coming year amd their responses. One of the respondents was Carl Paladino, described in the piece as a "developer, school board member, political activist," who also happens to be the former New York co-chairman of Donald Trump's presidential campaign.

Of the four answers Paladino gave, two were non-controversial (to non-New Yorkers, at any rate), but the remaining pair set off a social media firestorm, for reasons that are presumably self-evident:

Obama catches mad cow disease after being caught having relations with a Herford. He dies before his trial and is buried in a cow pasture next to Valerie Jarret, who died weeks prior, after being convicted of sedition and treason, when a Jihady cell mate mistook her for being a nice person and decapitated her.

Michelle Obama. I’d like her to return to being a male and let loose in the outback of Zimbabwe where she lives comfortably in a cave with Maxie, the gorilla.

Paladino's comments were quickly condemned as racist, incendiary, and divisive by, among others, New York Governor Andrew Cuomo:

Carl Paladino made racist, ugly, reprehensible remarks about the President & First Lady. My wish this season is for unity.
Full statement pic.twitter.com/ZHgsrHmHbp

For his part, Paladino didn't back down from or apologize for the remarks. To the contrary, in a statement to Artvoice he denied any racist import and doubled down on his disparagement of the Obamas and White House aide Valerie Jarrett:

This is in response to my comments published in Artvoice.

It has nothing to do with race. That’s the typical stance of the press when they can’t otherwise defend the acts of the person being attacked.

It’s about two progressive elitist ingrates who have hated their country so badly and destroyed its fabric in so many respects in 8 years.

It’s about them diminishing the respect for their country on the world scene, surrendering its status as the protector of human rights, disgracing the memory of its veterans who gave so much.

It’s about demeaning and weakening what was the most powerful military in the world, firing hundreds of good soldier Generals and Admirals who refused Barack’s illegal and irresponsible dictates.

Michelle hated America before her husband won. She then enjoyed all the attention, the multi-million dollar vacations, the huge staff and other benefits. Then when Hillary lost, she and Barack realized that without Hillary, there was no one to protect the little, if any, legacy he had. That’s when Michelle came out and said there is no hope for America. Good, let her leave and go someplace she will be happy.

As for Barack, he’s a yellow-bellied coward who left thousands to die in Syria and especially Aleppo and he gets on TV and says he feels bad he couldn’t do anything about it.

Paladino's full statement, which can be read here, ends on a defiantly unapologetic note. "And yes," he writes, "it’s about a little deprecating humor which America lost for a long time. Merry Christmas and tough luck if you don’t like my answer."