Carjacker Run Over by Truck?

Photographs purportedly showing a failed carjacker who was supposedly run over and killed by a truck he tried to commandeer don't tell the full story. 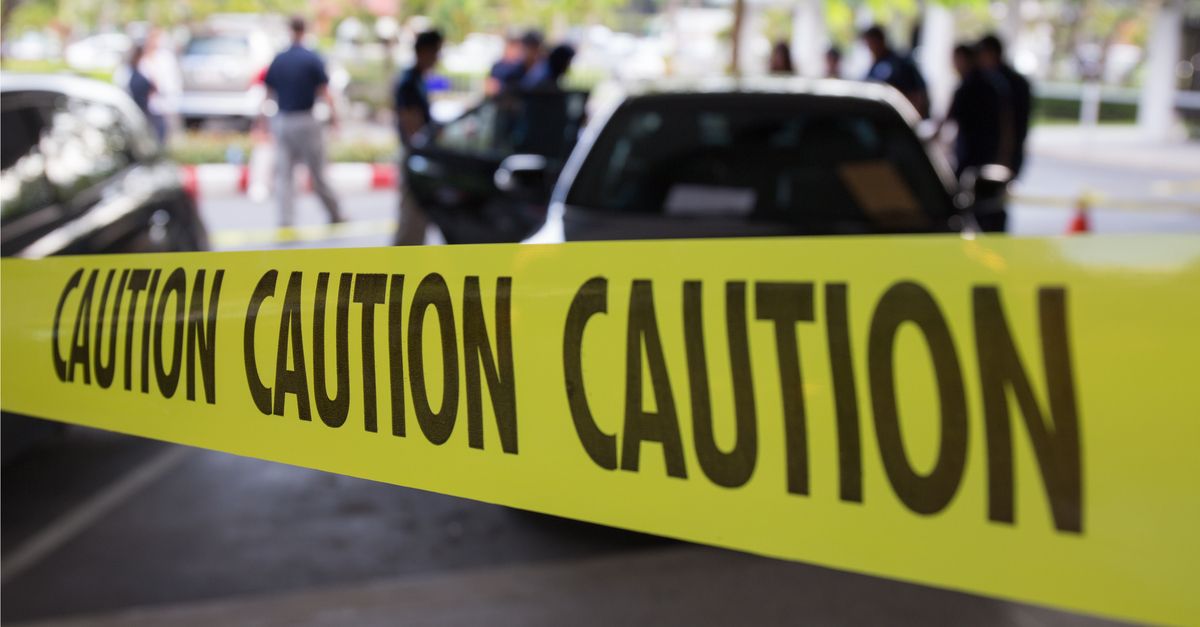 Claim:
Photographs show a failed carjacker who was run over by a truck after the driver pushed him under its wheels.
Rating:

This fine upstanding member of the infamous 18th Street LA gang decided one day that he would try to car-jack a semi truck at gun The gangsta jumped up on the driver side, while the truck was in motion, and stuck a gun in the drivers face. The only problem was that the truck driver opened up the door and knocked the attempted thief off. He lost his balance and fell under the wheels of the truck. At which time the driver slammed on his brakes, resting on top of him and decided that this was the perfect time to whip out his Fuji Disposable Say cheese, homie! The images displayed above are genuine photographs taken by a police officer at the scene of a crime (documenting the death of a suspect in that crime), but contrary to the account accompanying them, they do not depict the aftermath of a failed carjacking attempt.

The incident pictured above occurred at the Pilot Travel Center truck stop in Palm Springs in The deceased, 26-year-old Christopher Flaro of Lakewood, California, had been acting irrationally at that location (either due to psychological problems or drug use), panhandling money from visitors, yelling and threatening other customers, and committing a battery against a store clerk. He attemped to flee the store by running through the truck stop over to an adjoining area where the big rigs pull up to fuel pumps, then dashing between and crawling under several trucks (some of which were moving) before climbing onto a tractor-trailer.

Coincidentally, the rig Flaro that eventually mounted was one manned by a driver who had given him a dollar earlier that day. Flaro demanded more money from the driver and attempted to pull open the door on the driver's side, but his actions could not fairly be described as a "carjacking" attempt: he had no weapon, not was he trying to commandeer or steal the vehicle. Moreover, Flaro was not knocked off the truck (deliberately or accidentally) because the driver opened the door; rather, he jumped or fell from the truck and then tried to stop it from moving by placing his shoulder against its rear tires, whereupon the rig backed over him, crushing him to death beneath its wheels.

Palm Springs police, summoned to the truck stop after Flaro's altercation with the clerk and customers in the store, arrived just moments after the fatal accident. One of those officers recorded the scene with a digital camera, producing the photographs shown here.

Gallery Of The Gruesome
Read More