Captain Khan's Epitaph: 'Beware of Dying as an Apostate'

Rumors claiming the epitaph on Capt. Humayun Khan's headstone refers to him as an "apostate" are rooted in ISIS propaganda. 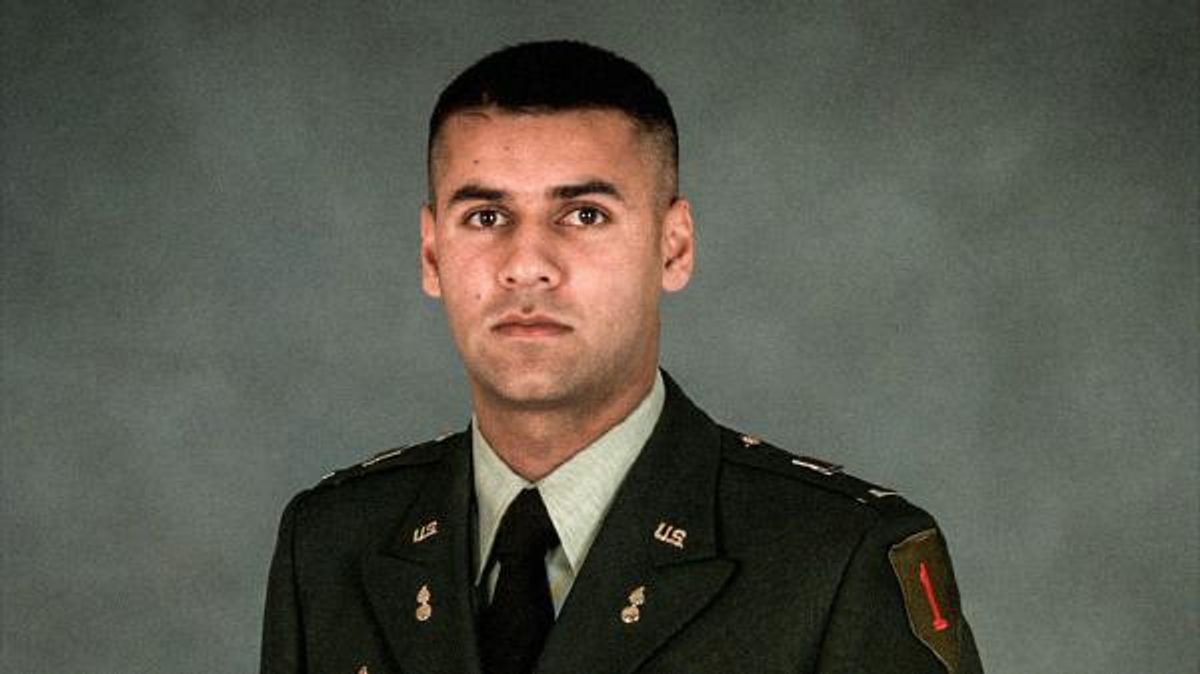 Have you ever been to Arlington Cemetery? Go look at the graves of brave patriots who died defending the United States of America.

You will see all faiths, genders and ethnicities. You have sacrificed nothing and no one.

Trump did not take the criticism lightly, engaging in an extended clash of words with the Khan family and the news media. Concurrently, rumors about the Khans were spread on social media, including the above-quoted claim that the epitaph on the headstone of Capt. Khan — a Muslim who was killed in Iraq while protecting members of his Army unit from suicide bombers and is interred at Arlington National Cemetery — includes the legend "Beware of dying as an apostate." (The implication of that rumor is that Humayun Khan's family had the "apostate" line added to his headstone because they view him as a traitor to Islam.)

But the guidelines for headstones detailed on Arlington National Cemetery's (ANC) web site do not include such atypical "epitaphs":

Upright white marble headstones (13x24x4) generally contain 11 lines of text with or without an optional emblem of belief. Generally, the stone can accommodate 13 characters (including spaces) on the name line, and 15 characters (including spaces) on all other lines. A veteran's government headstone must contain name, rank, branch of service, date of birth and date of death. Other lines can include combat service and significant awards. An additional inscription, not to exceed three lines, can be used to show a term of endearment or reference (e.g. Loving Father, Husband and Son; Fought for Freedom; Proud Soldier, etc.).

In fact, as the guidelines decree, Capt. Khan's headstone denotes his rank, awards received (a Bronze Star Medal and a Purple Heart) and the name of the campaign during which he lost his life. Missing from the headstone is any rhetoric placed by his next of kin declaring him to be an "apostate": According to Reuters, the "apostate" claim originated with Islamic State propaganda:

Islamic State on Sunday condemned as an "apostate" a U.S. Muslim soldier killed in Iraq whose story has re-ignited debate in the 2016 presidential election on the role of Muslims in American life.

Dabiq, the militant group's online magazine, showed a picture of U.S. Army Captain Humayun Khan's tombstone in Arlington National Cemetery with a caption, "Beware of Dying as an apostate."