Do Maps Show Increased Shipping Traffic Around Cape of Good Hope Due to Suez Blockage?

While major shipping companies have diverted some traffic around the southern tip of Africa, screenshots from vessel tracking apps do not necessarily illustrate this point. 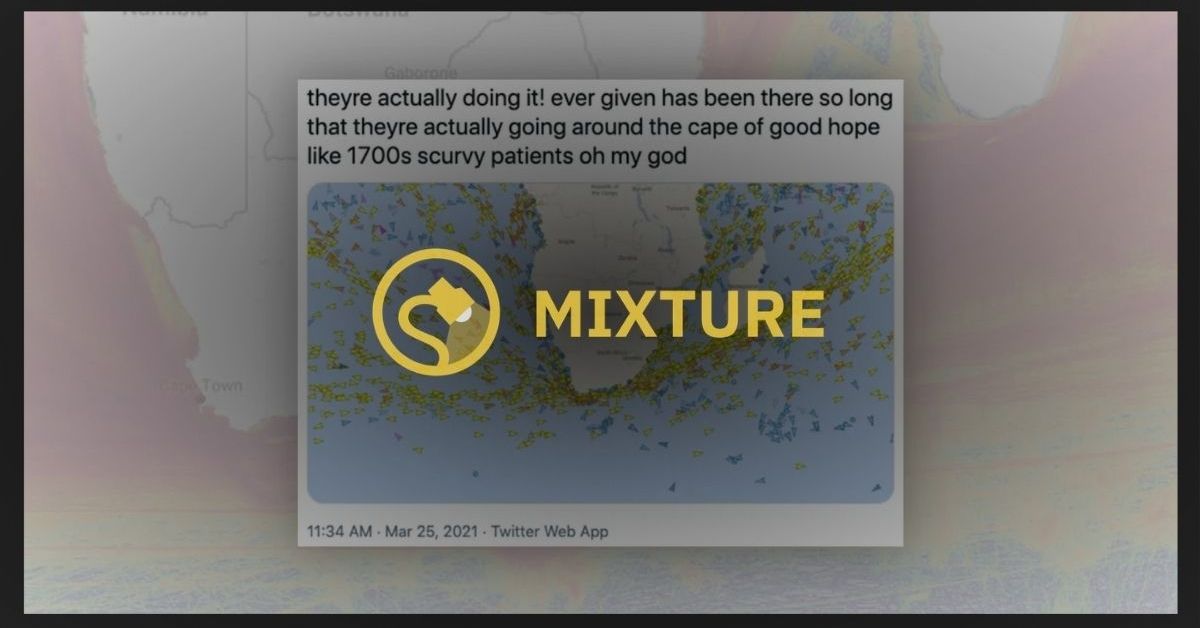 Shipping traffic has been diverted around the Cape of Good Hope in response to the Suez Blockage. However...

Screenshots of vessel tracking images show regular traffic around the Cape, not an increase attributable to the blockage.

On March 23, 2021, one of the world's largest shipping vessels got stuck in the Suez Canal, a critical maritime artery that handles about 12% of global trade annually. Five days later, at the time of this reporting, the blockage remains — and it is forcing shipping companies to consider the cost versus benefit of either waiting an indeterminate amount of time for the canal to reopen or rerouting their operation around Africa’s Cape of Good Hope.

The southern route adds about 10 to 15 days to a vessel's journey, increases its risk of piracy, and brings it to an area historically referred to, due to turbulent seas, as "The Graveyard of Ships." While many boats, about 300 on both sides of the canal at the time of this reporting, are waiting it out, shipping companies have diverted some vessels to take the old-fashioned way around Africa.

On March 26, for example, the shipping behemoth MSC announced it was rerouting 11 container ships around the Cape. At least seven liquid natural gas vessels were also routed around the Cape, according to the New York Times. "If the Ever Given is not refloated at high tide on Sunday [March 28, 2021], many more detours are expected," the American Shipper, a trade publication, reported.

To illustrate this news, some on Twitter have shared images from vessel tracking apps that show a line of boats traveling around the Cape of Good Hope. This is a viral tweet from March 25, 2021 invoking the swashbuckling nature of the southern route around Africa: While the map, from the website VesselFinder, accurately shows shipping traffic around the Cape of Good Hope after the Suez incident, it is unlikely that it shows an increase in shipping traffic as a result of that incident. For all its historical lore, the southern route around Africa is still widely used for shipping. The map below, for example, shows the relative density of maritime traffic, by route, for the year 2019. The paths highlighted in these tweets are commonly used regardless of a ship stuck in the Suez: Because ships have been diverted around the southern tip of Africa as a result of the Ever Given blockage, but because maps purporting to demonstrate this phenomenon likely show regular traffic, the claim is a "Mixture."