Although this claim is based on official testimony from a pathologist during an inquiry into a mysterious death, scientific evidence makes such an explanation problematic, if not completely untenable. 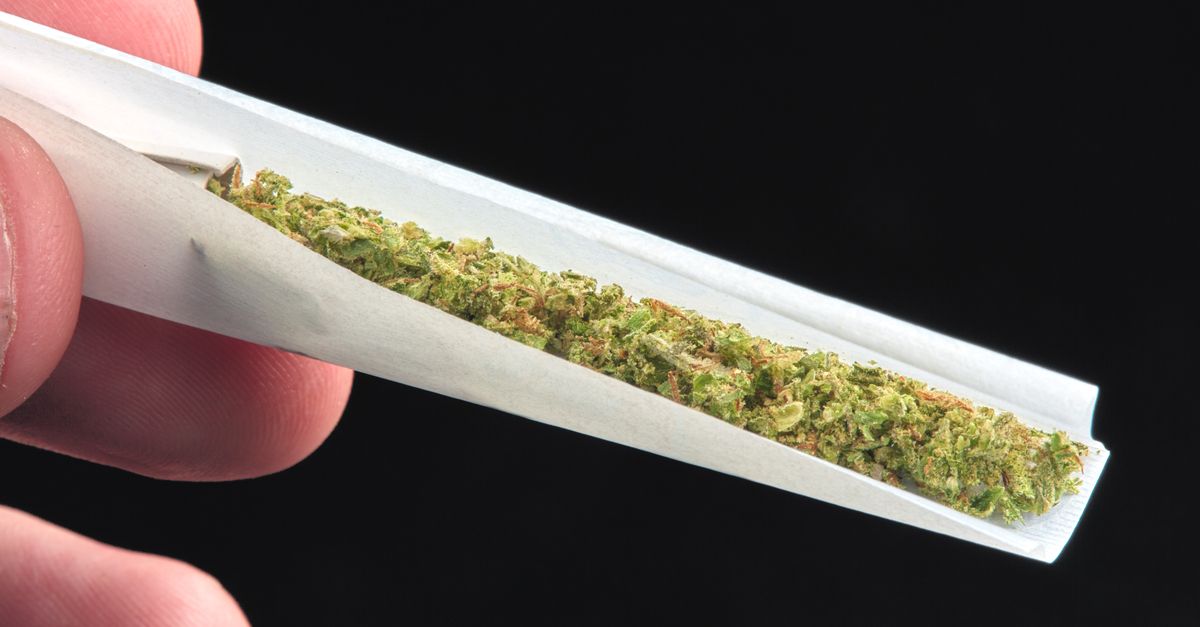 On 30 January 2014, the British tabloid Daily Mail published an article with the following liberally capitalized and attention-grabbing headline: Devout Christian Mother-of-Three, 31, Becomes First Woman in Britain to DIE from Cannabis Poisoning After Smoking a Joint in Bed to Help Her Sleep.

Based on the testimony of the pathologist who performed an autopsy on a 31-year-old woman named Gemma Moss, who was found dead next to a half-smoked marijuana joint, the Mail concluded that she “died directly from cannabis poisoning”:

A young mother of three died after she was poisoned by the cannabis she smoked to help her get to sleep. Gemma Moss, 31, was killed by the level of the drug in her blood, an inquest heard. The regular churchgoer, who was found dead in her bedroom, is thought to be the first woman in Britain known to have died directly from cannabis poisoning.

Her death was caused by cannabis toxicity, and a coroner recorded a verdict of death by cannabis abuse.The inquest was told that Miss Moss smoked half a joint a night to help her sleep.

Reports from the local newspaper of the town in which Moss lived confirm both her death, which occurred on 28 October 2013, as well as the suggested link between her demise and a half-smoked joint. An inquest (i.e., a legal investigation into her death) was held on 21 January 2014. During this proceeding, a pathologist provided his opinion that cannabis “caused [Moss's] death.” The testimony that inspired that pathologist's interpretation, however, was a bit more vague than the Daily Mail’s specific claim of cannabis “poisoning”, based on a longer account of the proceedings published by the UK's more respectable Telegraph newspaper:

A post mortem examination revealed that there were no obvious signs of abnormality in Miss Moss' body. But Dr Kudair Hussein, a pathologist, told the inquest in Bournemouth, that there were moderate to heavy levels of [chemicals associated with cannabis] in her blood.

He said: "The physical examination and the examination of various organs including the heart and the liver showed no abnormality that could account for her death. The level of cannabinoids in the blood were 0.1 to 0.15 milligrams per litre, this is considered as moderate to heavy cannabis use. I looked through literature and it's well known that cannabis is of very low toxicity. But there are reports which say cannabis can be considered as a cause of death because it can induce a cardiac arrest."

Mr Sheriff Payne, the Bournemouth coroner, asked Dr Hussein: "You are satisfied it was the effects of cannabis that caused her death."

The phrase "the effects of cannabis” leaves room for presuming an indirect relationship between Moss’s death and cannabis (i.e., one that would not be considered a “poisoning”). In captions attached to some of the photographs, and in a sidebar, the Daily Mail seems to suggest a heart attack triggered by cannabis — an entirely different claim than the one expressed in their headline — might have been the cause of Moss's death:

Tests of Moss's vital organs revealed nothing wrong with them, although testimony offered at the inquest was suggested she might have suffered a cardiac arrest triggered by cannabis toxicity.

Perhaps unintentionally, then, the article presents two conflicting hypotheses that require investigation: 1) Is it possible to consume enough cannabis that you are directly poisoned by its toxicity?; and 2) Is it possible for marijuana to trigger a (fatal) heart attack?

Is it Possible to Consume Enough Cannabis to Be Directly Poisoned by Its Toxicity?

There is a near universal agreement on the answer to this question: No. While no studies designed to ascertain a lethal dose level for THC — the primary psychoactive component of cannabis — have been undertaken on humans, a number of animal studies suggest that THC's potential toxicity is remarkably low.

Such studies seek to address what concentration of a chemical causes a lethal reaction in 50% of population of test subjects, known as the LD50. A study performed in the 1970s (whose results are described here) attempted to determine this value in a variety of rodent, dog, and monkey populations:

The acute toxicity of THC is low. Acute lethal human toxicity for cannabis has not been substantiated. The median lethal dose (LD50) of oral THC in rats was 800–1900 mg/kg depending on sex and strain. There were no cases of death due to toxicity following the maximum THC dose in dogs (up to 3000 mg/kg THC) and monkeys (up to 9000 mg/kg THC).

In other words, scientists were literally unable to intentionally cause fatal toxicity from cannabis in both dogs and primates. This lack of lethality was famously put into perspective by an oft-cited 1972 report issued by President Nixon’s “National Commission on Marihuana and Drug Abuse” (The Shafer Commission), a group whose findings the Nixon administration ultimately ignored:

In summary, enormous doses of Delta 9 THC, All THC and concentrated marihuana extract ingested by mouth were unable to produce death or organ pathology in large mammals but did produce fatalities in smaller rodents due to profound central nervous system depression.

The non-fatal consumption of 3000 mg/kg A THC by the dog and monkey would be comparable to a 154-pound human eating approximately 46 pounds (21 kilograms) of 1%-marihuana or 10 pounds of 5% hashish at one time. In addition, 92 mg/kg THC intravenously produced no fatalities in monkeys. These doses would be comparable to a 154-pound human smoking at one time almost three pounds (1.28 kg) of 1%-marihuana or 250,000 times the usual smoked dose and over a million times the minimal effective dose assuming 50% destruction of the THC by smoking

While higher potency of marijuana would change that math a bit, it would not change it enough for that amount of combustion and inhalation to be possible. A 2011 report on drug abuse from the UK's National Health Service (NHS) states that there had been (at least at that time), zero documented cases of fatal overdoses from cannabis.

If cannabis killed Gemma Moss, it would had to have done so through a mechanism other than direct toxicity.

Is it Possible for Marijuana to Trigger a Heart Attack?

That cannabis affects the cardiovascular system is uncontroversial. A 2001 study published in the journal Circulation reviewed the most significant interactions between cannabis and the heart:

Several effects of smoked marijuana on the cardiovascular system have been well described. For example, smoking marijuana is associated with a dose-dependent increase in heart rate. In addition, most subjects experience an increase in blood pressure, particularly when supine.

To see if these effects contributed to the incidence of heart attacks, researchers surveyed 3882 patients who had suffered heart attacks, asking them to recall when they had most recently smoked marijuana (if at all) prior to their heart attacks. The investigation concluded that:

Smoking marijuana is a rare trigger of acute myocardial infarction and may pose a health risk to patients with established coronary artery disease and perhaps to individuals with multiple coronary risk factors.

While we allow it is technically possible that cannabis could have contributed to Gemma Moss's death, as suggested by a pathologist and some news accounts, it is important to note that — based on the Daily Mail’s own reporting — Moss exhibited no signs of a heart attack or any other form of organ failure.

The only evidence presented linking Moss’s death to cannabis was the fact that she was found dead next to a half-smoked joint, and that her bloodstream showed that she had consumed marijuana. Nearly any other suggested cause for her sudden death would be, from an evidentiary standpoint, as valid as the pathologist’s claim that it was likely from marijuana.

Yes, the most plausible way for cannabis to have contributed to Moss’s death would have been through some sort of cardiovascular event, but research suggests that such an event would be extremely rare (if not impossible) in the absence of other risk factors. Numerous other non-marijuana-related causes of cardiac arrest also appear to have been excluded without investigation.

The fact of the matter is that unexplained, sudden deaths occasionally strike down healthy individuals. The absence of a clear explanation for a death should not compel acceptance of a scientifically implausible one, however. In our view, death from direct cannabis toxicity is unlikely, as this event is generally viewed to be medically impossible. The incidence of a heart attack as a contributing factor in the case of death that is not otherwise fully explainable is certainly a possibility, but the notion that smoking half a joint would trigger a fatal heart attack in a person who did not exhibit any existing cardiovascular disease strains credulity. Accordingly, we rank this claim as unproven.

The Telegraph.   "Mother Thought to Be First Woman in Britain to Die from Cannabis Poisoning."     30 January 2014.

Grotenhermen, Franjo.   "The Toxicology of Cannabis and Cannabis Prohibition."     Chemistry and Biodiversity.   21 August 2007.

DrugLibrary.org.   "The Report of the National Commission on Marihuana and Drug Abuse"     1974.